Bestselling author Nicola Cornick studied history at London University and Ruskin College, Oxford. She writes historical romance for Harlequin HQN Books in the US and MIRA Books UK. She is also a historian working for the National Trust at the seventeenth century hunting lodge, Ashdown House. Her book Whisper of Scandal won the 2011 Romance Writers of America National Readers’ Choice Award. So tell us Nicola, how did you get started? 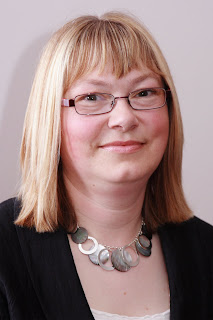 I’ve been writing since I was a child but I started writing Regency romance when I was about 18. The library had run out of historical fiction for me to read so I thought I would write my own book. I wrote on and off for years, combining it with a job as a university administrator, but I was only published in my thirties. Mills & Boon turned down my first attempt, telling me there was too much adventure and too little romance in the story. I kept re-writing the same book over and over again. With the benefit of hindsight I’d probably tell my younger self to try something new and different, but I got there in the end.


To plot or not to plot? How much of a planner are you?
I’m pretty much a seat of the pants writer. I usually start with an idea, whether it be a place, a character or an incident, and then I write into the mist. I do have to provide outlines for HQN Books but my editor understands that the finished book may bear little resemblance to the synopsis. I have tried to plan more because I’m a very organised person in the rest of my life and so it goes against the grain that I can’t be as efficient in my plotting, but I have been forced to accept that it just doesn’t work that way for my writing. As long as the book gets written, that’s fine! One thing I have learned is that there is no right or wrong way to do these things.

Do you write every day? What is your work schedule?
I try to work every day because I get very grumpy and frustrated if I don’t. I also find it a useful discipline. I start work early in the morning and write until lunchtime or until I have completed that day’s word count. Then I will do promotion or other work-related jobs in the afternoon.

Which authors have most influenced your work?
Like many Regency authors I think I was quite heavily influenced by Georgette Heyer when I started out but as my career has progressed I have moved away from Heyer’s style to the point that some reviewers now comment on how unlike Georgette Heyer my writing is! I think that some of the most influential authors on me have been Mary Stewart, Daphne Du Maurier and Alan Garner because one thing I love is creating atmosphere and a sense of place and that comes over so strongly in their books. Every author I’ve read has taught me something in one way or another.

Do you find time to have interests other than writing?
I do! I worked in an office before I became a full time writer and I enjoy having other people around me and get lonely if I work on my own 100% of the time. So I volunteer for the National Trust as a guide and historian at Ashdown House, I work at my local heritage centre and I also do species protection work for the RSPB and a number of other wildlife projects. It gets me out meeting people and of course that provides me with lots of ideas for characters!

What advice would you give a new writer?
First of all I would tell them never to give up. It took me about 12 years to get published and you have to be determined and believe in yourself. I’d also encourage new writers to keep reading and keep polishing their writing skills. I’m still learning and developing as a writer and I hope I always will be.

Do you enjoy writing sequels or series? If so, what is the special appeal for you?
I enjoy writing series very much which is fortunate since my publisher is very keen for me to write them. A lot of readers seem to enjoy them too. For me the appeal is the continuation and development of the characters. For example I love taking a secondary character from Book 1 who has behaved very badly and seeing if I can redeem him or her in book 2. It’s a challenge and it’s fun to show a different side to the character. It also means that I don’t have to say goodbye to them straight away!

In what way has the RNA helped you or your career?
I find being a member of the RNA useful in so many ways. I only wish I had known about it when I was an aspiring author because I think the NWS would have made a huge contribution to helping me develop my skill as a writer. I joined just after I was first published and have been a member for about 12 years now. It’s a wonderfully supportive and encouraging organisation and a great way to meet with like-minded authors and people who understand the challenges and excitement of being a romantic novelist. It’s brilliant for networking and a very useful source of expertise. 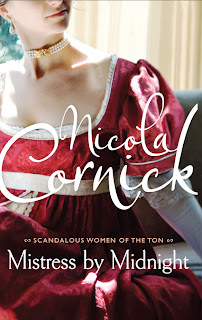 My latest UK book is called Mistress by Midnight and it is book 3 in my Scandalous Women of the Ton series. This was a book that sprung out of an idea; I read about the London Beer Flood of 1813 when the vats on top of the brewery in Tottenham Court Road exploded and flooded the streets with beer. It was such an extraordinary and quirky event that I wanted to write it into a book.

Can you tell us something of your work in progress?
I’m currently working on the sixth and final book in the Scandalous Women of the Ton series. It’s called Forbidden and it’s a classic rags to riches story of a housemaid who finds herself to be the heiress to a title and grand estate. It will be out in the US next year and in the UK in 2013. In the meantime there are two further Scandalous Women stories to come out here. I’ve loved writing this series. With each book I have tried to explore a different angle of what was “scandalous” in Regency society, whether it was a lady travelling abroad alone, or working for a living, as my heroine Merryn does in Mistress by Midnight, or being involved in politics. Not all scandals were romantic ones, though there is plenty of that as well!


Interviews on the RNA Blog are conducted by Freda Lightfoot and Kate Jackson. If you would like an interview, please contact me at :freda@fredalightfoot.co.uk

This was a fascinating insight into Nicola's life and work, thank you. I was interested in the idea of taking a character from book 1 and seeing if he/she can be redeemed in book 2, but then you have to resist the temptation to give them their just desserts and bump them off, to avoid the need for a 'dream' scene à la Dallas!
Jane Gray

Hi,Nicola,
You have inspired me a lot to keep my dreams alive and I'm happy to see your interview through FB.Now,I'm too following RNA
:)

Hi Jane! I don't think any of us could get away with a Dallas-style dream scene, could we! But yes, I do enjoy looking at characters from different angles, digging into their past to expose the reasons for their behaviour and seeing if I can find a few scraps of integrity in there somewhere to build on.

Uma, thank you for dropping by. I hope you enjoy the RNA blog!

Hi Nicola, Lots of food for thought here for any aspiring writer.

I love it that you are volunteering also as a guide, that must be fascinating and a great change from being alone all morning.

Your books are riveting and long may you continue.

It is always a thrill for me, when I visit the States, to see your books for sale.

Thank you, Margaret, for such kind words about my books. It gives me a thrill to see my books for sale in the US too, and even more when I see them on the shelves over here! I don't think one ever forgets that lovely feeling.

What an interesting interview, I was especially interested in the idea of 'redeeming' a character from a previous book. I'm in the process of doing something similar with a 'flawed' character who I am rather fond of!

It must be such an enjoyable job working for the National Trust, and also working with wild life projects. Thanks for sharing this little insight into your life!

Interesting interview Nicola and what a perfect add-on to your writing being involved with the National Trust. I find their properties really inspiring - particularly Ightham Mote in Kent. Alan Garner was one of my favourite authors when I was a teenager. I haven't read him for years but you may well have inspired me to revisit him!

Thank you, Lyn. I am glad you enjoyed the interview. Flawed characters are very interesting, aren't they!

Cara, I'm glad to have revived your Alan Garner reading. Such an evocative author, I think. And I do think we are very lucky to have so many inspiration NT properties around. Ightham Mote is stunningly beautiful!

Really interesting interview and story lines - and those are three of my favourite authors you mentioned!

Thank you, Rosemary. I love it when I discover overlapping reading tastes!