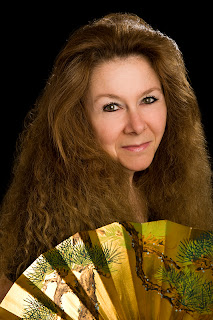 Today we welcome Christina Courtenay to the Blog. Christina lives in Herefordshire and is married with two children. Although born in England she has a Swedish mother and was brought up in Sweden. Do tell us about your latest book and what inspired you to write it.

THE GILDED FAN is a historical romance and adventure novel set in the 1640s. It follows the story of a half-English girl who has to flee Japan when the ruler decides to evict all foreigners, even those with one Japanese parent. She has no choice but to go back to her mother’s country and persuades the captain of a Dutch trading ship to give her passage to Europe. Unfortunately for her she arrives just as the English Civil War is starting, so her trials and tribulations are far from over!

The Gilded Fan is the sequel to The Scarlet Kimono, (although it can be read as a stand-alone). I was inspired to write it because I love Japan and having lived there, their interaction with foreigners intrigued me. When I did some research and found out about all the foreigners having been evicted, it made me wonder what would have happened to the children of the hero and heroine of The Scarlet Kimono, and I just had to find out.

Are you inspired to write about real people in your historicals?

No, I try to avoid them because I prefer my characters to be wholly fictitious. It gives me more freedom as I don’t have to follow the real happenings of someone’s life. They do sometimes creep in anyway, like the Scotsman Colin Campbell in my first novel Trade Winds, but I kept his appearances to a minimum. 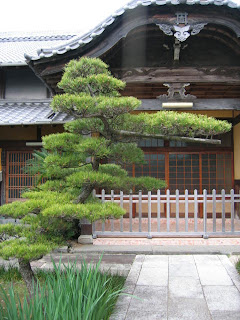 I know that you are very involved in many other writing related tasks, tell us about your routine and how you fit everything in.

I think lists is the answer! I make lists for all the things I have to do and try to do them in order if possible. I don’t really have a routine as such, I just work as much and as often as I can.

Do you edit and revise as you write, or after you have completed the first draft? What method works best for you?

I edit a little bit as I go along, but mostly after the first draft is finished. I find it helpful to start each day’s writing by reading through what I did the day before, and then I can’t help tinkering with it a little bit. Usually I try not to do too much rewriting at that stage though. I prefer to get the whole story down first.

What do you enjoy most about your particular genre?

I’ve always liked learning about history and there is something particularly romantic about the past, I think (at least for us since we didn’t have to live through it!). Perhaps it’s because historicals can be a bit like fairy tales for grown-ups, with rich and handsome lords and beautiful ladies? I’ve always loved fairy tales too. 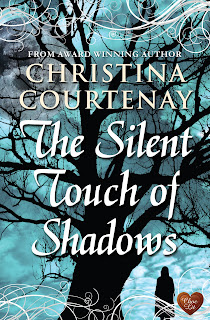 If you could slip into a time machine and meet a famous historical figure from the past, who would you choose and why? What would you ask him or her?

It would have to be either Prince Rupert of the Rhine or Bonny Prince Charlie. The first, I would just like to get to know him as he seems to have been a fascinating man. As for the prince, I’d ask him why on earth he couldn’t have been satisfied with being king of Scotland! If he had, perhaps he wouldn’t have lost the whole lot and the Highland culture would still exist as it was then.

What do you look for in a hero?

I’m afraid I’m very shallow, I love alpha heroes - handsome, strong, capable and resourceful, able to hold their own in a fight, but with a sense of humour, intelligence and kindness as well. They have to have long hair (don’t mind the colour) and love animals.

Can I have more than one, please? ‘Midnight is a Lonely Place’ by Barbara Erskine, ‘Cotillion’ by Georgette Heyer, ‘Possession’ by A S Byatt, ‘Shadow of the Moon’ by M M Kaye and ‘Sophia’s Secret’ by Susanna Kearsley (sorry, I can never choose between them!).

My current WIP is the third book in the Trade Winds trilogy, but I will also soon be doing edits on my next-to-be-published book which is a contemporary YA novel CALLED NEW ENGLAND ROCKS, coming out in August. I’m looking forward to that as it’s a complete change for me! 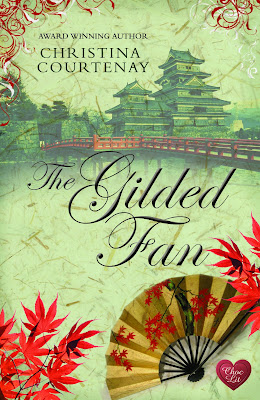 How do you start a new life, leaving behind all you love?
It’s 1641, and when Midori Kumashiro, the orphaned daughter of a warlord, is told she has to leave Japan or die, she has no choice but to flee to England. Midori is trained in the arts of war, but is that enough to help her survive a journey, with a lecherous crew and an attractive captain she doesn’t trust?

Having come to Nagasaki to trade, the last thing Captain Nico Noordholt wants is a female passenger, especially a beautiful one. How can he protect her from his crew when he can’t keep his own eyes off her? During their journey, Nico and Midori form a tentative bond, but they both have secrets that can change everything. When they arrive in England, a civil war is brewing, and only by standing together can they hope to survive …

Thank you for sparing time to talk to us today, Christina. We wish you continuing success with your books.
Best wishes, Freda

Lovely post, Pia. I'm a list girl, too :) Can't wait to read The Gilded Fan - and am loving the sound of New England Rocks, too. Congratulations - and for your RoNA shortlisting for The Silent Touch of Shadows XX

Thank you, Katherine and Sarah!

Yes, lists are my salvation I think :-)

Talk about ask a busy person - I'm so impressed by how much you pack in. I really enjoyed The Scarlet Kimono so I'm looking forwards to this. Congratulations and all best wishes for your short-listing too.

You are an inspiration to us all, Pia! So many successful books and now the new YA strand to your bow. I loved The Silent Touch of Shadows and have your others on my list! Congratulations on your shortlisting too. x

I know I've said it elsewhere, but congratulations on your shortlisting for this year's RoNAs! PS: Can't wait to read The Gilded Fan.

Many thanks, Chris, Mandy and Henri, you're all very kind! :-)

I particularly love your exotic settings so am looking forward to reading "The Gilded Fan". And a YA too - fantastic news.

Loved the line up of favourite books, too. I don't know Barbara's one. Will have to look out for it.

Thank you! Glad you agree with most of my favourite books - yes, do read the Barbara Erskine, it's brilliant!

Lovely interview, Christina - I too love Possession, and some of the others!

Super interview Christina, and thanks for the reminder to read Barbara Erskine. What a lovely cover for The Gilded Fan, which sounds intriguing.

Rosemary - Possession is wonderful isn't it? I resisted reading it for a long time, but once I did I just couldn't put it down.
Margaret - thank you!

Have to agree about Barbara Erskine - she's one of my all-time favourite authors. Probably why I enjoyed reading your The Silent Touch of Shadows so much.

Great interview, Christina. But I have one quibble. Prince Rupert a fascinating man? He wasn't just fascinating he was drop dead gorgeous! And I saw him first! gx

Thank you, Jude, so glad you enjoyed it!