Lynne Connolly: The big What If...?

We welcome Lynne Connolly to the blog today to tell us about… What if?

Writers thrive on the ‘what if?’ Keep asking yourself that enough and you have a book! Most authors 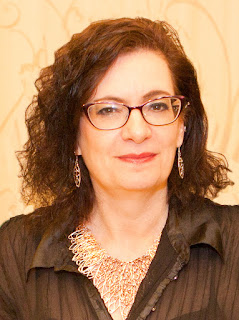 know that moment when the “what if...?” curls into something that forms the seed of a great story. It’s a path to follow, one that can lead to the most unexpected places. It keeps me writing, and forging ahead to discover new worlds and new possibilities.


My series “The Emperors of London” has a great What If...? to start It off, but where it goes after that is up to the characters, because the second part is finding fascinating characters inside my head that need to have their stories told.

Here’s the background to the series:
Reading a biography of Bonnie Prince Charlie (a name given to him by the romantic Victorians) I was struck by a thought. What if Charles Edward Stuart wasn’t the firstborn legitimate son of his father? That would throw the whole future of Europe into doubt. The Stuart dynasty effectively ended with the death of the Young Pretender. His brother lived longer, but he was a Cardinal in the Catholic Church.
I delved into the research to find out if it was possible.
Charles’s father James, the son of James II of Britain, was a difficult man, subject to moods and fits of anger. He sounds a bit bipolar, but of course they didn’t have access to Freudian theory in the eighteenth century, so they called him melancholy.
That made him hard to live with. In 1720 he married Maria Clementina Sobieska, a member of the royal family of Poland. In 1721, Charles, the Young Pretender, was born, followed in two years by Henry. In 1724 Clementina left her husband and entered a nunnery.
So that’s when my story started to take off. An earlier King of England, Edward IV, entered into binding marriage contracts with several women. He only acknowledged one as his queen. What if James had done something similar?
And there started the series the Emperors of London. The idea grew. If James had illegitimate children by a mistress, that was bad enough, but if he had married someone else before his official marriage, what then?
After Culloden in 1745, the fight went out of the Young Pretender. His father, who didn’t die until 1766, had given up any serious idea of ousting the Hanoverians long before, and had handed over the Regency to his son. Charles left Scotland and never went back, abandoning his supporters there to whatever came their way. He became an overweight drunk who beat his women, unpredictable and bad-tempered. The Stuart threat was over.
But what if there were other children from James’s secret marriage, children who could call the supporters back into action?
The problem would have become more acute in the 1750’s. Britain was ruled by the Hanoverians, but after 1751 King George II grew increasingly frail, and his grandson and heir, the imaginatively named George, was a boy, and would have needed a Regent if his grandfather had died at that time.
As it turned out, George II struggled on until 1760, by which time George III was old enough to rule without a Regent. But it was a far riskier time that it appears to us today. Hindsight is a wonderful thing.
But what if...?
What if secret progeny existed, some of whom didn’t even know they were the grandchildren of a King? What if Charles’s people came after them to kill them, and his father’s supporters wanted to supplant the disappointing Charles and Henry with them? What then?
Well, that’s the background to the series, but it isn’t just about that. It’s about men and women meeting and falling in love, with a lot of problems to overcome before they find happiness. The Stuart story is the glue that binds the series together, but what’s really important is what’s inside the heroes and heroines of this series and if they can stand up to the challenges their lives have set them.
You don’t have to read the series in order, you can leap in any time, but you might have more fun if you start with Rogue in Red Velvet.
Veiled In Blue, the sixth book, comes out in October, so you have plenty of time to catch up!

Biog:
Lynne grew up in a haunted house in Leicester, England, and got used to telling the ghosts to shut up! She has lived a variety of lives, moving from the rock music world to the business world, and then to writing.
She has won awards and written best-selling books, although the writing is always her greatest reward. As Lynne Connolly she writes historical romance, and as L.M. Connolly spicy contemporary and paranormal romance. Reviews are like gold to authors, so I'd really appreciate a short review and/or a rating for this book.

Thank you, Lynne, for a most interesting piece. It has certainly left us thinking… What if!

The RNA blog is brought to you by our Blogging Team. If you would like to be interviewed or perhaps write a piece please contact us on elaineeverest@aol.com

That's a wonderful what if, Lynne! Thanks for sharing, really enjoyed the interview. Julie (Julia Wild)