It’s time again for the Competition Monthly with Francesca Burgess 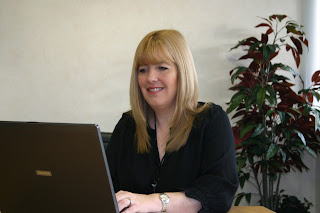 With the deadline for the Choc Lit 2016 Search for a Star Competition only a couple of months away, this month I'm interviewing author Lynda Stacey, winner of last year's competition with her novel, Keeper of the House.

Lynda's ambition to be an author dates back to when she was fourteen. Her English teacher advised her to go into journalism or writing. However, having left school in 1984 during the miners' strike, she had to find work, and her dreams of writing a book took a back seat.

Hello Lynda. What inspired you to enter the Choc Lit Search for a Star competition? Was there any doubt in your mind about it?
Thank you so much for inviting me onto the blog. I’d always been a big fan of Choc Lit and in 2014 I got the opportunity to have a 1:1 with Lyn Vernham at the RNA Conference. The meeting went well and Lyn asked me to submit a full manuscript for the first book I’d written, Broken Jigsaw. Choc Lit were encouraging and more than supportive, however the novel didn’t get through the panel process that Choc Lit use. I was disappointed, but I had no doubt that it was Choc Lit that I wanted to be published with. So, I wrote a new novel, called Keeper of the House and decided to submit it into the Choc Lit Search for a Star competition.

What did you have to submit for the competition, and what did you find the hardest?
I first had to fill in the application form, found on the Choc Lit Website. Once completed, you wait for Choc Lit to contact you and ask for the manuscript. I then emailed it and waited. I always find waiting the most difficult. I’m a Sales Director for a stationery and office supplies company and often have to make decisions within ten minutes, so waiting months for publishers to get back to me is painful.

Was Keeper of the House the first novel you'd written? How long did it take you?
Keeper of the House is the second novel I’ve written and if I’m honest, I’d probably say it takes me around a year. I work full time and have a family.

How did you hear about your win?
I heard about my shortlisting initially via a skype call with Lyn Vernham. She then sent me an email on the day of the announcement.

What tips would you give to those entering novel competitions?
Get a professional critique of your work. Jane Lovering did mine and I must say, she was amazing and very reasonable.

Tell us something about the book
Keeper of the House is a parallel time frame story and has been described as Fatal Attraction meets Lady Chatterley’s Lover.

Thank you for taking the time out to speak to us, Lynda.
Keeper of the House will be published by Choc Lit around April or May.

Good luck, everyone who enters!

Other competitions coming up: 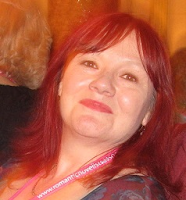 Francesca Burgess has been placed or shortlisted in a number of competitions including Twyford Writers, Winchester Writers' Conference, Chorley and District Writers' Circle, Flash a Famous Phrase, Meridian Writing, People's Friend and those run by Writers' News and Writing Magazine. She's had stories published in magazines worldwide and in three anthologies, including Diamonds and Pearls. She's been a member of the RNA New Writers' Scheme for five years.

Don’t forget to let us know about your competition successes plus any comps you are organising.

Massive congrats to you, Lynda. And any book described as Fatal Attraction meets Lady Chatterley’s Lover can only be a good read!
Gabrielle x

I don't know what that Gabruekke thing is - perhaps my Dutch alter ego!