Valentine's Presents? Sally Clements Shares A Bit of A Disaster 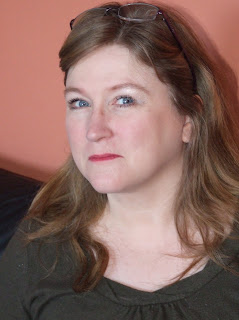 Last year, I decided to buy the DH a heart shaped valentine’s day frying pan to fry an egg in. It seemed a good idea, at the time, but in retrospect, I wonder what on earth I was thinking. DH loves fried eggs, so that definitely had something to do with it. And I wanted to say more than ‘here’s your card, where’s mine?’ After all, I’d given him a card and a box of chocolates (and received the same in return – what can I say, we’re chocoholics) for the previous twenty-six years, and I felt like a change.
It looked inviting, next to the comedy pants, and the bottles of bubbly. I even bought a few of those heart shaped chocolates and filled in the round bit in the centre for the yolk with them. I thought it screamed, ‘Innovative! Different!’ but of course it didn’t. Instead it screamed, ‘What?’ or rather DH asked ‘What?’ with that funny little wrinkle that appears on his forehead when he receives one of my ‘unusual presents.’
I made him a fried egg in it, holding the frying pan at an exaggerated angle to keep it from tilting over (the handle was too heavy, so if left to its own devices it tipped up). Cut his toast into heart shapes with my heart shaped petit fours cutters. And offered him a couple of chocolates from the box he’d given me. On the whole, it was an unmitigated disaster, as far as love displays go.
This year, I think I’ll just go with the flow, cave in to commercialism, and get him a chocolate orange. After all, it’s almost heart shaped, ( if you squint) and I know he loves em! 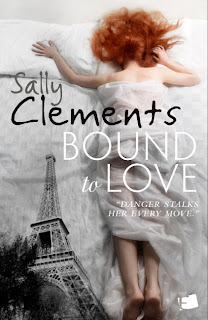 Sally's book BOUND TO LOVE is out now.
Jake Forrester, a controlled, self-reliant security expert  scarred by his father’s murder is pursuing his goal of an independent life, relying on himself and logic, until he’s forced to accept the help of an impulsive, spirited goldsmith who follows her instincts, wherever they may lead.
When Tempest MacKenzie witnesses a gorgeous stranger being bundled into a van, she tries to help him, but becomes tangled in a complex web of intrigue. Tempest finds stubborn Jake attractive, compelling and infuriating, his logic the complete antithesis of her reliance on her instincts. And Jake is fascinated and attracted to the feisty redhead.
As they spend time together trying to thwart a heist at the , the attraction between them flares out of control. The thief has a grudge against Jake, and danger stalks their every move. Will Jake learn to trust Tempest’s intuition, before it’s too late?
Bound to Love is available in print and e-book from Amazon.co.uk here.
And from Amazon.com here.
And from Salt Publishing here here

Thanks for having me here today! I've just found out Bound to Love is available in WH Smiths and Waterstones too, so I guess that means I can be ordered in all good bookshops (wooh-hoo!)

What a romantic you are, Sally! Him Indoors got chips!

Best of luck with Bound to love, it's a goody!

Awww...I think it was a really cute idea, anyway. LOL

At least you made an effort :-)

Congratulations on the new book xx

I'd love a cooking prezzie! Maybe he'd have been more impressed of you'd cooked him heart shaped eggs and given them to him instead?

HUGE Congrats and best wishes with Bound to Love Sally, am so very impressed.

Oh, what a shame it was a disaster, cos I quite like the idea of a heart-shaped frying pan :) Congrats on the new release Sally!!

Great to see you and "Bound To Love" on the RNA blog!

Oh I think that's a wonderful idea, Sally. And that's what they say, anyway, isn't it? It's the thought that counts :-)

I'm sure your hubby is enjoying being married to a pubbed author whatever you've bought him for Valentine's Day :-)