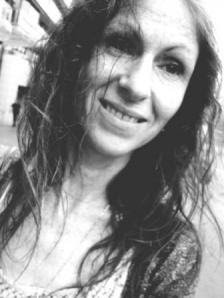 Today we welcome Catherine McNamara to the website. Catherine grew up in Sydney and moved to Paris to study French, and ended up in Ghana running a bar. After many years in West Africa Catherine now lives in northern Italy where she complains about the government, translates for a WWI Eco-museum and skis fanatically. She has great collections of African sculpture and Italian heels. Would you say you always wanted to be a writer, or did it happen by chance?

I read many books as a child and wrote my first novel (unfinished) at twelve. It was a colonial saga influenced by ‘Seven Little Australians’ and ‘My Brilliant Career’ with a bit of ‘Picnic at Hanging Rock’. I think there was even some sex-behind-doors, and lots of gum trees and dingoes. I’ve always thought that I was better at writing than other things and have a life-long love of words and stories.

My admiration for the determination and creativity of writers runs deep and authors such as Patrick White, Simone de Beauvoir, Virginia Woolf, Katherine Mansfield and Joseph Conrad have had a huge influence on my life. However, as an adult my writing path has been interrupted by travel, work and children – the usual suspects! Although at this point I realise I have a lot of material to write about.


You also produce short stories which are less easy to write than they might appear. Can you tell us in what way you feel the skills differ from writing a novel?

In a short story there is no time to fall out of step. The reader has to be brought to the story’s end or climax as to the rim of a cliff. The wiring of a short story, while intricate, has to appear effortless – like a rabbit pulled out of a hat. A novel is all about the expanse of the story, it is about inviting the reader onward with a gentler compulsion, allowing the reader to savour this imaginary world.

You live in Italy but are published by a British publisher. What made you decide to go down that route? 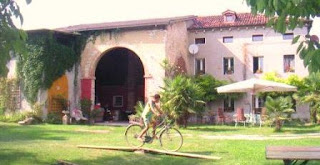 I’ve always considered Britain to be my primary market because of the vast potential readership and the many international readers who connect with this marketplace (apart from my protagonist hailing from England!). Though I have local readers urging me to translate the book into Italian I think the humour is definitely English – especially Marilyn’s attempts to learn a new language – and I’m not sure how the language-straddling would translate. Many of the episodes in the book, while exaggerated, will ring true for British travellers familiar with gaudy, sexy modern Italy. Also the expat market in Italy is proving very enthusiastic.

You write about the modern woman. Do you take your notebook and pen for a walk and observe those around you, or do they just emerge on the page?

I’m not one for notebooks as I’d probably leave it in a bar/car/shopping trolley somewhere. To me, my own comments look stale after a while and instead I really enjoy the process of writing – of unfurling an idea or a story tangent and seeing what the sub-conscious and conscious mind will wrestle out. I find it very exciting.

As for modern women, I have four kids who have been raised in Europe and Africa so I have been observing women of various cultures and mindsets for many years. Having passed the age of forty-five, I am particularly interested in how women choose to age – whether in their insecurity they try to shave off the years and pass for thirty-eight, or whether they embrace the present and work on building themselves from the inside-out.


Tell us about your latest book and how you were inspired to write it.

'The Divorced Lady’s Companion to Living in Italy’ is not my story, even though it is true I am a divorcée living in Italy. I began it after a friend suggested I write something funny, something set in Italy. At the time I had published a lot of short stories set in Africa and was bogged down in a literary novel also set there, so I didn’t take her very seriously until a title and first sentence cropped up and I wrote like a possessed woman in the chicken shed for the rest of the summer. The characters are a crazy, improbable bunch and it was a very entertaining few months. I never imagined writing a romantic comedy could be so liberating and look forward to writing another!

Next year my mostly-Africa-based short story collection ‘Pelt and Other Stories’ is coming out. These stories are inspired by cultural discomfort and personal displacement.

The Divorced Lady’s Companion to Living in Italy was released in April 2012 by Indigo Dreams Publishing and her collection Pelt and Other Stories will be published in 2013. 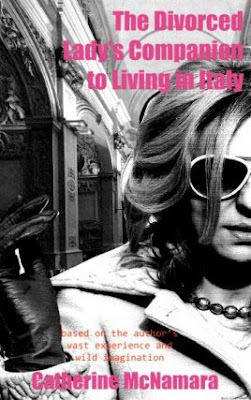 Marilyn Wade, half-Hungarian divorcee and mother of unflinching teens, moves to Milan to remap her womanhood. But sexy glamorous Milan is about as unfeeling as a Prada bag. The streets are full of mile-high models, immigrants and remarkable men in suits. Who will she meet as she downs espresso after espresso in bars and learns Italian in a room with George Clooney? Marilyn’s entanglements involve punishing grammar lessons, stolen D&G heels and kisses with astonishing views, a kinky Hong Kong benefactor and a stirring love scene set in Venice. Will she ever find herself and a way to conjugate Italian verbs?


Thank you Catherine for sparing the time to talk to us today. We wish you every success with your new book.
Best wishes, Freda

Many thanks, Freda for head-hunting this lovely lady!I'm very much enjoying the huge variety of styles and life history emerging from these interviews.
Catherine, your book sounds just my kind of thing! Will definitely be adding it to my TBR pile. I'm massively behind at the moment though. Something called tennis probably the reason!
Sandra

The Divorced Lady's Companion to Living in Italy said...

Thank you Sandra for your kind comment. I do hope you enjoy 'The Divorced Lady's Companion to Living in Italy' when your TBR pile becomes slimmer. I have a similar problem when I should be doing something else - it's called piano!
Best wishes,
Catherine

Wow! It certainly sounds as if you've got plenty of material to draw from - what a fascinating interview!

I was particularly interested in your comments about how women deal with ageing - especially after lots of press fuss about Madonna this week.

All best wishes with your writing.

The Divorced Lady's Companion to Living in Italy said...

Thanks Chris! Yes I do think there is a lot to write about older women - and several readers of different nationalities have told me they've had a good chuckle. I do love story-telling and think that the possibilities are endless. Thanks again for your kind comments. Ciao cat