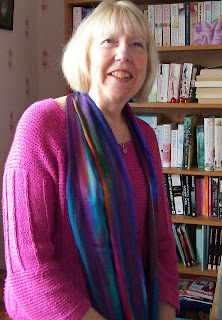 Today we welcome Toni Sands to the RNA Blog. Toni lives near the Black Mountains in Wales. Many of her ideas arrive while she’s walking by the river. She also finds inspiration when travelling by train or when visiting London where she enjoys roaming galleries and gazing at colourful window displays. She drinks too much coffee and often talks to strangers. Toni enjoys networking, especially getting to know fellow RNA members. She’d like to keep on writing as long as her readers keep on reading. Describe your journey as a writer. How did it begin?

I have to thank my late, lovely mum for instilling in me a love of words. I seem always to have enjoyed writing but my first success with short stories was when I was asked to record two for BBC Wiltshire Sound in the late 1990s. Hearing my work broadcast kick-started me, I suppose.


You write fairly steamy romance which feature in collections by Virgin Black Lace and Xcite Books. What inspired you to choose this genre? 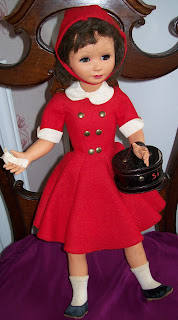 Here is Toni's favourite 1950's doll, which her mother bought her. I love her little vanity case.


The RNA attempts to raise the profile of romantic fiction. Do you think the media is less dismissive of romance than it once was, or is this a cross we will always have to bear?

Probably, though I believe Richard and Judy and certain local radio presenters have helped authors of romantic novels and hopefully will continue. For what it’s worth, I believe the RNA has enhanced its street cred over the last decade.


Were you in the NWS before getting published, and did you find it helpful?

Yes. I submitted one partial and three complete ts to the scheme and received positive feedback and helpful critiques in each case. I’m convinced what I learnt helped me towards achieving publication of my novel.


With the increasing popularity of e-books, how do you think digitisation has helped or changed your own career as a writer?


What do you enjoy most about being a writer, and the least?


If your book could be a movie, who would play the hero? 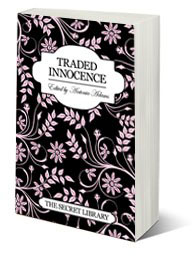 As my novel ORCHID PINK has no conventional hero, I think Ben Barnes, best known for Chronicles of Narnia is best fit for sexy smuggler Jac from TRADED INNOCENCE. It was of course very difficult for me to research the answer to this question …

I’ve just finished first draft of a WW2 romance pocket novel. I can’t tell you how much I enjoyed writing light kisses and hand holding. In fact I’m so jolly pleased with this era I’m fast turning into Celia Johnson. But I’ve been approached with a view to writing a trilogy which I hope will feature some very hot knights. (The K is intentional.) So it’ll be off with the winceyette pyjamas and on with the black satin robe again soon. 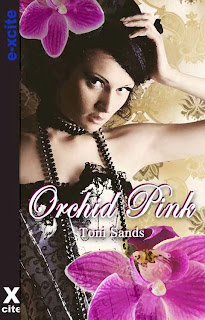 Thank you Toni for sparing time to talk to us today, and we wish you continuing success with the books.
Best wishes, Freda

Details of all Toni Sands publications can be found on Amazon where she has an author page. http://www.tonisands.co.uk
You can follow Toni on Twitter @tonisands

What a lovely interview with Sandra who is such great fun. It was that underlying humour in addition to the depiction of Adelaide's very real dilemma that I particularly enjoyed 'Orchid Pink'.

.. 'about' even! Sorry - must engage brain as well as typing fingers!

Thanks for dropping in. Doing my best, Lesley!
Chris, I'm delighted you enjoyed Orchid Pink.
All best x

Nor me! Still out there in the mists of time but hope to capture them soon. Thanks for dropping by, Liz and best wishes for a hassle-free move.

Amazing post. I also enjoyed your blog in general. I like the feel you bring through your writing. I'll come again! You have a new follower.

Chow back! Goodness knows what I'm saying but thank you, Aristoph, for your kind comment. I'm rather like the cuckoo and sneak into other people's blogs rather than create my own. It's great to be here. Do keep an eye on my website for events etc. There's another e-publication looming!

Nothing I enjoy more than a knight, Toni! I'm keeping my eyes peeled.

Another author for my TBR. Looks fascinating.

Great interview, Sandra, and your sense of humour does indeed shine through - well done! Come on, the knights!
Love Sheilax

Lovely to find more comments this morning. You're all motivating me to create my brotherhood of knights so thank you, Susan, Princess fiona01 and Sheila. I always enjoy reading author interviews and it's great to be included x

Thankyou for this introduction to an author I am not yet familiar with.

Thank you for taking time to leave a comment, LindyLouMac. I'm a bit of a maverick, liking to change genres. Hopefully you'll find something you like!

Hi Sandra, love that new (is it new?) genre romantica. Can't wait to hear about all those hot knights! All that shining armour and chain mail, great stuff. Good luck with the pocket novel, I'm 5000 words into one myself so yay for us!

Cara, thanks for your lovely comment and good wishes. I don't know how 'romantica' arrived but yes, I like it too. Hope your wip is going well.