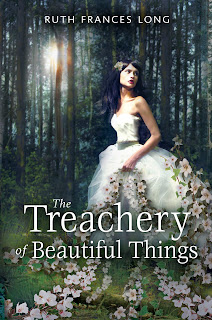 A darkly compelling mix of romance, fairy tale, and suspense from a new voice in teen fiction
The trees swallowed her brother whole, and Jenny was there to see it. Now seventeen, she revisits the woods where Tom was taken, resolving to say good-bye at last. Instead, she’s lured into the trees, where she finds strange and dangerous creatures who seem to consider her the threat. Among them is Jack, mercurial and magnetic, with secrets of his own. Determined to find her brother, with or without Jack’s help, Jenny struggles to navigate a faerie world where stunning beauty masks some of the most treacherous evils, and she’s faced with a choice between salvation or sacrifice–and not just her own. 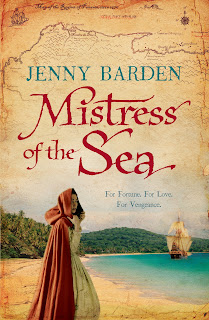 Jenny Barden MISTRESS OF THE SEA
Ebury Press
Hardcover
30 August 2012
£14.99 (RRP)
An epic, romantic, swashbuckling adventure set at a time when Drake roamed the seas in the name of the Virgin Queen.
'Beautifully written and researched, this tale of desire, revenge, piracy and valour is so evocative we can taste salt on our skin and hear the swoop of sails overhead as we're swept up into a high-stakes adventure unlike any we've read before.' - C.W. Gortner, author of The Confessions of Catherine de Medici
www.jennybarden.com 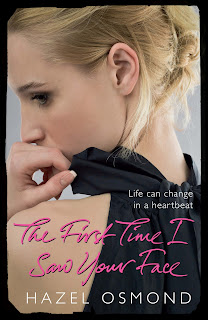 Hazel Osmond  THE FIRST TIME I SAW YOUR FACE
Quercus
Paperback
16th August 2012
£6.99
Sexy, dishevelled and just a little clumsy, Mack starts to make Jennifer believe she can embrace life all over again. But he has a secret he'd do anything to protect and he'll have to betray her to keep it...
www.hazelosmond.co.uk 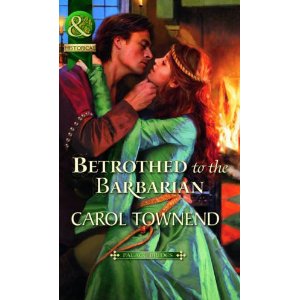 Carol Townend BETROTHED TO THE BARBARIAN
Mills & Boon
£4.99
3rd AUGUST 2012
A-LESS-THAN-PERFECT PRINCESS...
Princess Theodora of Constantinople is to marry Duke Nikolaos, the general-in-chief of the army, a man chosen for her by the Emperor.  An imperial princess must always do her duty - be beautiful, obedient and pure.
But Theodora spent ten years in exile in a barbarian land.  There, once, she might have forgotten protocol.  Forgotten enough to have given birth to a baby in secret.   As her wedding night approaches, Theodora finds she wants to share her bed with the Duke, except she knows she's on the verge of revealing her biggest sin...
http://www.caroltownend.co.uk 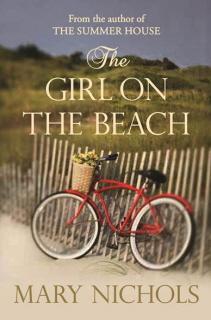 Mary Nichols THE GIRL ON THE BEACH
Allison and Busby
August 27 2012
Paperback
£7.99
Caught out in an air raid in wartime London, Julie Walker is pulled out alive from an air raid shelter, but has lost her memory. Given a new identity, she must make a life for herself as Eve Seaton. When her memory suddenly returns, four years later, she is left with a dilemma. Is she Julie Walker, married to Harry, or is she Eve Seaton, a sergeant in the WAAF, engaged to Alec Kilby? And who is buried in the grave alongside her son?
www.marynichols.co.uk 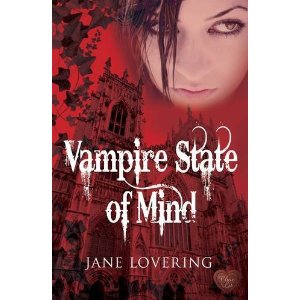 Jessica Grant knows vampires only too well.  She runs the York Council tracker programme making sure that Otherworlders are all where they should be, keeps the filing in order and drinks far too much coffee.  To Jess, vampires are annoying and arrogant and far too sexy for their own good, particularly her ex-colleague Sil, who’s now in charge of Otherworld York.

But when a demon turns up and threatens not just Jess but the whole world order, she and Sil are forced to work together, and when Jess turns out to be the key to saving the world it puts a very different slant on their relationship.  The stakes are high.  They are also very, very pointy and Jess isn’t afraid to use them, even on the vampire that she’s rather afraid she’s falling in love with ...
www.janelovering.co.uk 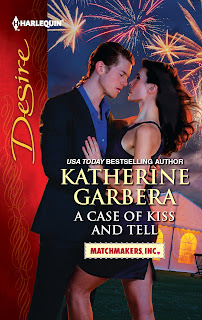 Katherine Garbera A CASE OF KISS AND TELL
HARLEQUIN DESIRE
PRINT AND E-BOOK
August 7
$4.99
"Be my mistress for a month."
Billionaire bachelor Conner Macafee knows just what he’s worth, and he’s ready to make a deal. Nosy reporter Nichole Reynolds wants him--owner of New York's high-end matchmaking service--to spill his guts for her story? He’ll tell all--when she’s in his bed.

Nichole needs this scoop. But Conner is so arrogant, so cocky...and oh-so-sexy. Surely she can handle a month in the hot bachelor's arms in a cool penthouse suite--for her career.  But one kiss from Conner and Nichole knows she's made a huge mistake. Now she wants both the story and the man.
http://www.katherinegarbera.com 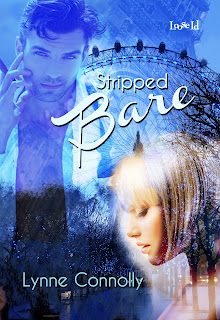 Lynne Connolly STRIPPED BARE
Loose-Id Publishing
ebook
21st August 2012
Corporate espionage leads to hot and kinky sex!
Joining the Mile High Club seemed like a fun thing to do, but Yolanda Latimer has more than a scandal to face when she falls to earth. The only person who can help her is the man who witnessed her tryst, and somehow turned her on without touching her.
Introducing Yolanda to the wilder side of sex is sheer delight for mentor Lawrence Cavendish, but his gorgeous pupil gets far deeper under his skin than he planned for, and soon he's involved in her real life dilemma. His sex life is all he allows to remain from his previous existence in a dark and dangerous world, where every day could have been his last. Yolanda unwittingly pulls him back in, threatening a life he loves and devastating public exposure as a fraud. Even she won't want him when she finds out his true nature.
Unless they find the man who is blackmailing Yolanda, she's washed up, her precious job and her reputation gone forever. Only Lawrence has the contacts that can flush her blackmailer from the seamy undergrowth of the criminal
underworld, and to do it he has to risk everything he's won over the years.Even her love.
http://homepage.ntlworld.com/lynneconnolly/StrippedBare.html 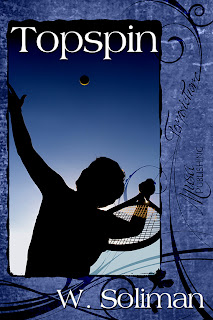 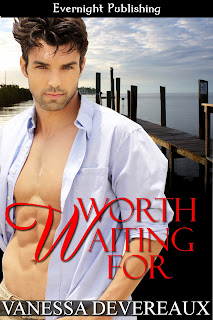 Vanessa Devereaux WORTH WAITING FOR
Evernight Publishing
E Book-Novel
August 21st
Brock thought he had it all until one day he's sent away from the family business with the challenge of making it on his own. Kate also thought she had it all until her husband walked out and she's left with a faltering restaurant and a huge loan. Together Brock and Kate discover that there's more to life than money and business, and until you find your true love, your life isn't complete.

Vanessa Devereaux THE RAKE-(Book Three of the Just For Your Pleasure Trilogy)
Cobblestone Press
E-Book-Novella
August 15th
Gillian is in for one final surprise when she meets with the last man William has selected for her.

'San Francisco 1904: Georgia Briscoe is in love with British sailor Ellis Cowper but unwillingly betrothed to businessman Drew Kemp. He has the charm to dazzle everyone around him but once married his charm is only skin-deep when his penchant for gambling and other women comes to light. Georgia plans to escape to be with the man she loves but Drew has other ideas. And then comes the earthquake... London, 1948 when Chrissie Kemp travels to the Lake District to visit her grandmother Georgia, she is unprepared for the shocking revelation that is about to throw her family into turmoil. '

'The story of Gabrielle d'Estrees is one of love, betrayal, intrigue and tragedy. All she wanted was to marry for love, and enjoy the respectability of a happy marriage. But in the court of sixteenth century France this was almost impossible to achieve. She was sold by her own mother to three different lovers before catching the eye of a king. Is the love of a king enough to secure Gabrielle the happiness and respectability she craves, and a crown for her son as the next dauphin of France? ' 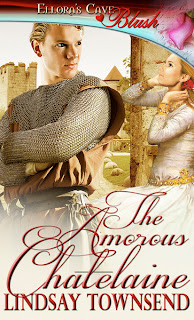 Lindsay Townsend THE AMOROUS CHATELAINE
Ellora's Cave Blush Mainstream
Ebook
August 30th
A widow of a medieval lord teaches knights the arts of courtly love and finesse. Young, raw knights flock to her and emerge from her castle with polish and panache. An older knight wonders if the widow will teach him a thing or two - or will they teach each other?
http://www.lindsaytownsend.net/ 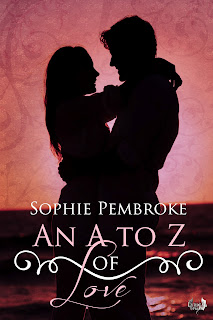 Sophie Pembroke  AN A TO Z OF LOVE
Lyrical Press
Ebook - $5.99 / £3.97
Everyone’s talking about Mia Page. Again.
Mia Page has been the subject of gossip in Aberarian for half her life, ever since her father ran off with his secretary–and the contents of the local museum safe–when she was fourteen.
Still, Mia loves her hometown, loves working at the A to Z shop, eating seafood with her best friend Charlie at his restaurant, catching the classic midnight movie at the crumbling Coliseum cinema. And if she ever wonders if things might be even better if Charlie were more than just a friend, well, it’s only an idle thought in a lonely moment. After all, friendship always trumps romance, doesn’t it? And she’s never been one to rock the boat.
But everything she loves is suddenly under threat from Charlie’s ex-girlfriend, Becky, and her plans to turn Mia’s beloved Coliseum into a casino, transforming the sleepy seaside town forever. As Mia tries to pull the people of Aberarian together to save the town they adore, her father reappears, and people start asking what he wants to take from them this time…
http://sophiepembroke.com/ 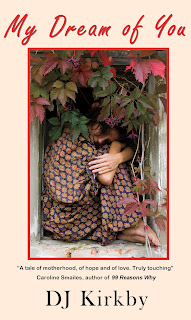 DJ Kirkby MY DREAM OF YOU
PUNKED Books
ebook
£1.53
Crime of passion or cruel twist of fate?
One summer’s day Betty let love carry her a step too far. That exquisite sun dappled afternoon became one of her best memories but also the catalyst for the worst experience of her life. Now elderly, Betty has been running from her past since she was a teenager, and it’s about to catch up with her. Will the experience be as awful as she fears or wonderful beyond imagining?
http://djkirkby.co.uk 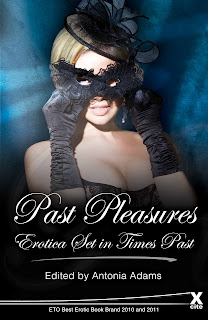 Kitti Bernetti and Toni Sands  (co-authors in) PAST PLEASURES
Xcite Books
Paperback
ebook
26 July 2012
12 July 2012
£7.99
£2.99
Short Story:    The Duchess and the Highwayman by Kitti Bernetti
Lady Henrietta gets an extraordinary surpise when her coach is held up by a highwayman

Short Story: The Day the Sun Stands Still by Toni Sands
Persian slave-girl Zuleika makes her way to market. Who will bid for her?