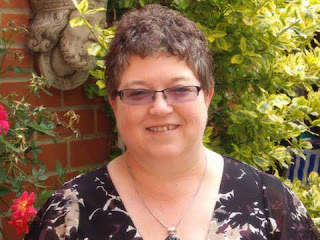 Susan MacNicol was born in Headingley, Leeds in the UK. When she was eight years old her family emigrated to Johannesburg, South Africa. After yet another horrific story of violence to friends, they decided it was time to leave. In December 2000 they found themselves in the UK and have remained here ever since, loving every minute of it. She lives in the rural village of Bocking, Essex, with her husband of twenty eight years, Gary (who believes he deserves a long service award for putting up with her for so long), two children, and a mixed collie dog.

Welcome to the blog Sue, I believe you are about to publish your debut novel. Do tell us what made you want to write and the excitement of getting that call?

I’ve written since very young and nearly had a children’s book published in SA via a literary agent. But I was young, stupid and didn’t see it through as I got tired of all the re edits. It is a regret I still hold.

I had an idea for a novel earlier this year, inspired by an incident in my home county of Essex in the UK. I pondered on it, got inspired by someone I really admired, put fingers to keyboard and seven weeks later I had Cassandra by Starlight, my first published novel. Through a series of really strange karmic events, all linked in with the actor I admired who formed the inspiration for my hero, Bennett Saville, I came across Boroughs Publishing. I submitted the novel to them, eight weeks later I did the required follow up call, was told they were interested and the offer came via email a while later from my editor. It took some time to sink in but the excitement hasn’t stopped since then. Neither have the re-writes and the constant reviewing, which to me is all a necessary part of the writing process to make us better writers.


Which author has most influenced your work?

I have to say for the romance genre, Debra Harkness. Her book, ‘A Discovery of Witches’ had a great impact on me for both her writing prowess, her style and her knowledge of her subject matter not to mention creating a really great hero in her vampire, Matthew.


Do you have to juggle writing with the day job? What is your work schedule?

I work as Regulatory Compliance Officer for a financial services company in the lovely city of Cambridge. The job entails trying to convince and guide banks and finance institutions to do the right things so we avoid the recent disasters that we’ve had within banks that have befallen the economy. I travel an hour by car to work each day, both there and back, and start writing about an hour after I walk in the door. I’m generally up till at least midnight, and can easily survive on six hours a sleep a night to get up again at 6 am for work. Weekends are my best times, spent on the couch, laptop on my lap, whilst family watch TV and generally converse as and when they can with me. I like the noise when I write even though my daughter coined a phrase for the family ‘Don’t poke the angry bear when she’s writing’ as I do tend to growl when interrupted. 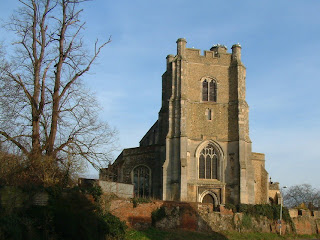 The image of the church is what I see from my lounge window when I'm writing literally less than 100 feet away with very loud church bells! It's very inspirational to me from a historical perspective, although I'm not at all religious.


Which craft tip has helped you the most?

Probably one about POV and third person limited. I have to confess my original manuscript was a smorgasbord of differing POV’s in each scene, switching from one head to another and I had to learn a style that taught me how to manage this. I was lucky I had a publisher who saw through the formatting horrors to the story beneath. We live and learn.


Tell us something of the genre in which you write. What is its special appeal for you?

I’ll be very honest. I had never considered writing a romance novel. I’m a Stephen King, Dean Koontz and John Kellerman reader myself, loving horror, sci-fi and psychological thrillers. Writing a love story was the furthest thing from my mind. But I’m glad the story developed the way it did. It’s given me a genre to write within that I’m truly enjoying, letting me create fantasies and worlds that some of us can only dream about.


Do you plan bios before you start writing, or allow your characters to emerge as you write?


If your book were ever filmed who would you choose for the hero and why?

That’s a very easy one because I started writing the book with the Machiavellian plan that if one day it was turned into a film, I’d ask him (the actor who inspired me) to play the male lead. I was originally intending this novel as a drama screen play to the BBC as well, something I’m still interested in doing. The actor, Benedict Cumberbatch, has become a well-known name in the UK as well as abroad and he was my inspiration for Bennett without a doubt. So he’s the perfect choice.

Which is your all-time favourite book?

Probably ‘The Stand’ by Stephen King. The depth of his imagination, the characters and the story and the genius of the man to me is incredible.

Other than writing, what would you say is your craziest ambition?

At the risk of sounding like a middle aged groupie, (I promise you I’m not!) it’s to meet the source of my inspiration, to say how much I enjoy his work and his incredible talent and to tell him that without him, Bennett probably wouldn’t have been created and the novel might never have seen the light of day. You need a passion to be able to write and he gave me mine.


How did you hear about the RNA, and how has it benefited your career?

I Googled romance+author to see how else I could improve both my skills and my networking abilities and RNA came out almost on top. I am now a member of the Chelmsford Chapter with a meeting hopefully on the 28th and I am also both reading and contributing to discussions on the ROMNA site. I’m also a member of the Romance Writers of America and I plan on going to their convention in Atlanta next year where I’ll get the chance to meet my publisher and editor and fellow Boroughs authors. 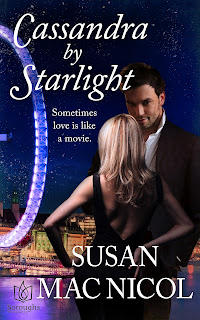 Unconventional though she may be, Cassandra Wallace leads the life of an average Londoner, from blind dates to rush hour traffic. Then, along comes Bennett Saville. Sensitive, charming, erudite, the up-and-coming actor is like the hero of a romantic movie. He counteracts the tragedy that brought them together, and from the tips of his Armani loafers to that scorching hot kiss he seems absolutely perfect. Only, he’s ten years younger and from the upper class, and those emerald eyes beget dangerous secrets. The world is a stage, full of hungry leading ladies, and how long can any fairy tale last before a villain appears? Yet, on Bennett’s arm each new day is an adventure, and a true romance will always find its happy ending.

Thank you for finding the time in your busy schedule to talk to us today, Sue. We wish you every success with your new career.
Best wishes, Freda

its such a nice blog to provides info
hope more people discover your blog because you really know what you’re talking about. Can’t wait to read more from you!
for more plz visit
debt management plan

What a great interview - thanks for sharing your story Susan and inspiring those of us still writing and hoping! I think the cover of Cassandra by Starlight is COMPLETELY gorgeous. Good luck with it all!