Today we welcome Victoria Lamb to our blog to talkabout the last in her Lucy Morgan trilogy.

Her Last Assassin is the final book in my ‘Lucy Morgan, Shakespeare’s Mistress’ trilogy, and is published this week in hardback and ebook. This was my first-ever fiction series, and it’s been a steep learning curve from contract to publication of Book Three. So I thought I’d describe how it was commissioned and developed.

Back in spring 2010, I produced a detailed synopsis and the first 25,000 words of The Queen’s Secret, a Tudor Court novel with thriller elements. My agent sent it to Selina Walker at Transworld, who was interested enough to suggest changes. I continued to work on The Queen’s Secret for the next six months, then we formally submitted the finished manuscript to Transworld along with synopses for the next two books.

On November 17th 2010, I headed to the RNA Winter Party in London with a group of glam writer friends. During our pre-party drinks, my mobile rang. It was my agent, telling me Transworld had made an offer for the trilogy. I was over the moon, and blurted out my good news to everyone. I was going to be a Transworld author! And it was my birthday too, by happy coincidence. 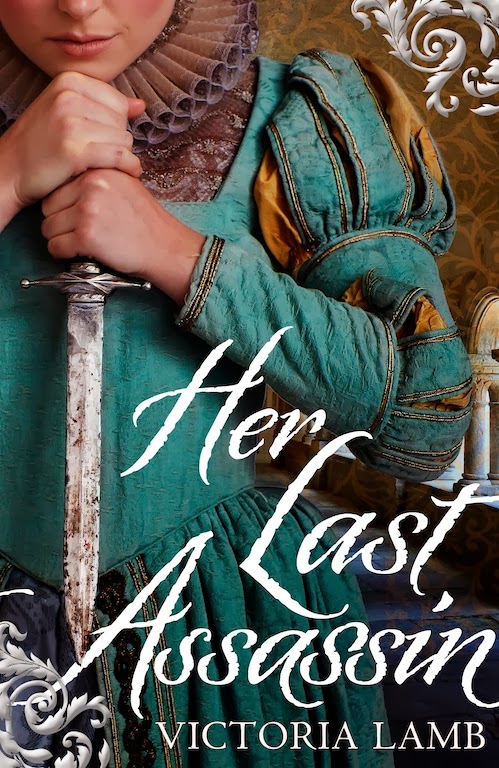 His Dark Lady was the second book. At nearly 150,000 words with four narrative characters – Lucy Morgan, William Shakespeare, Elizabeth I, and my fictional spy Master Goodluck – it is the most complex piece of fiction I have ever tackled. The action of The Queen’s Secret takes place over nineteen days: His Dark Lady spans nine years. One story strand follows the Babington Plot against Elizabeth I, and ends with the execution of Mary, Queen of Scots, implicated in that conspiracy. Another deals with Shakespeare’s rise in the theatre, and the disgrace of his mother’s kinsmen, the Ardens. The plotting alone – working out fiendishly complicated character arcs and timelines - took weeks.

So we come to Her Last Assassin, the third and final book in my Lucy Morgan Trilogy. During the course of this novel, my heroine Lucy Morgan faces her greatest challenge, Shakespeare embarks on a love affair which could lead to his death, Queen Elizabeth comes under threat from a secret assassin within her own household, and spy Master Goodluck is forced to confront his shadowy past when his world begins to crumble. And the one who pulls all these strands together is Lucy.

Writing a trilogy is a difficult challenge, not least in terms of maintaining continuity and narrative tension from book to book. But I find it more liberating than writing a stand-alone novel. You can return to lost threads or answer a question in a later book, and build your world and its characters slowly and deeply, adding layers in each volume.

Now I’ve tasted trilogy writing, I’d love to write an even longer series. Meanwhile my Tudor trilogy comes to its conclusion with Her Last Assassin – rather a sad thought, but it will be exciting to start a new project! 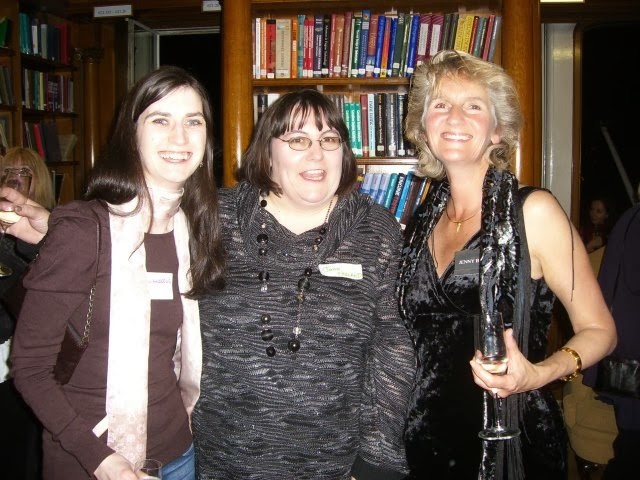 Photo by Barbara Alderton: from left to right, Cal Andrews, Victoria Lamb and Jenny Barden at the RNA Winter Party 2010, the night Victoria 'got the call'

Her Last Assassin: available in hardback/ebook on Amazon UK

Complied by Elaine and brought to you by the blogging team of Elaine Everest, Natalie Kleinman and Liv Thomas.

Please contact us at elaineeverest@aol.com if you wish to be featured on our blog or would like to write a craft article.