2015 saw a real spike in the word ‘Girl’ being used and, for me, I always think of Stig Larsen books as the forerunner for the trend, with Gillian Flynn following up closely behind. So, 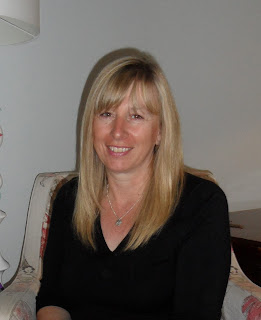 when my publishers said they wanted to call my new novel The Girl Who Lied, my knee-jerk reaction was Really? Hasn’t it been overdone? There are so many ‘Girl’ books out there, did the publishing world really need another one?

My initial reaction was fueled by a debate I had followed on social media where some people positively hated the word ‘girl’ used when clearly the book was about a woman. For some, girl could only refer to a child or, at a push, young adult.

After the email suggesting The Girl Who Lied, I spent the next seven days bombarding my editor with every alternative I could think of. I was like some mad woman possessed, hounding my friends and family for different suggestions. My agent wasn’t spared either and it was, in fact, her reassurance that began to sway me. Indeed, there had even been a recent article about ‘The Girl’ titles, see HERE.

Broadly speaking, when readers see ‘The Girl …’ in the title, it is a clear indication of what to expect. (i) A strong female character (ii) an ordinary woman in an extraordinary situation (iii) a darker read (iii) mystery and suspense.

Slowly, I began to have a change of heart as my book ticked all of the above. It is full of lies, the characters all tell lies, even though they believe it’s for the right reasons. My main character, Erin, was a teenager when she first lied, so perhaps the title was even more suitable than I first thought.

I was finally convinced when I spoke to several other authors, who, without exception, said to run with it and trust the marketing team’s experience. So, that’s exactly what I’ve done and am now totally on-board with the title. Just as an aside, I’ve seen ‘The Woman …’ being used a lot, so perhaps that’s the next trend on the horizon. 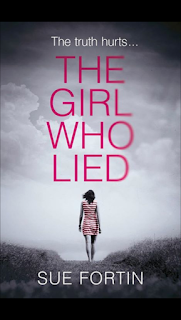 Sue Fortin's originally published debut novel was awarded the INDIE Brag medallion and later when published by HarperImpulse was short-listed for the Joan Hessayon Award (2014). Sue was also short-listed for the Festival of Romance, New Talent Award (2013). Her second novel, Closing In, reached number one in the Romantic Suspense Kobo chart at the end of 2014. Sue blogs regularly with the online writing group, The Romaniacs
Lover of cake, dragonflies and France, hater of calories, maths and snakes, Sue was born in Hertfordshire, but had a nomadic childhood, moving often with her family, before eventually settling in West Sussex.
Sue is married with four children, all of whom patiently give her time to write, but, when not behind the keyboard, she likes to spend her time with them, enjoying both the coast and the South Downs, between which they are nestled.

Thanks you, Sue, and good luck with your book.

This blog piece is brought to you by Louisa Heaton on behalf of 'The RNA Blogging Team'
If you would like to be interviewed for the blog please contact us on elaineeverest@aol.com
Posted by Never Not Crochet at 7:00 AM

Great piece, Sue - fascinating about using 'Girl' in titles! Going to start your book soon as it's jumping the queue on my kindle.

Thank you, Rosemary, glad you found the post interesting and hope you enjoy the book. Much appreciated.
Sue

Matt Bates at the London Chapter a couple of months ago was saying how well "Girl" titles were going. I suppose my feeling about the word is much like Sue's. But it's certainly true that I do now associate it with School of Gillian Flynn.

Oddly, I hadn't thought about Stig Larson. I think the Millennium Trilogy is pretty much sui generis and doesn't really overlap Flynn and followers, though.

The first thing it suggested to me, Sue, was intrigue. I had no idea you'd agonised over it. Think you were right to stick with it though. Good luck with The Girl Who Lied, Sue. You know I love your writing and this one is on my Kindle. :) xx

Really interesting post, Sue. Made me think about titles in a different way. I'm glad you came full circle with this title - it's intriguing. I'm so looking forward to reading the book. :) Xx

I think 'The Girl Who Lied' is a really memorable title, which is fantastic when trying to stick out from the crowd. I don't have strong feelings either way about the use of the word 'girl'. If it conveys what the novel is about rather than being chosen to follow a trend, then that's fine. : )

It's a perfect title and the cover is really evocative. Think you're onto a winner here, Sue.

Hi Elaine, thank you! So glad/relieved you're enjoying it. Hope it continues that way.
Sue
x

I think you have to trust the marketing team. The title to me shouts 'suspense'. In my humble opinion you've got it right.

Thanks, Wendy, appreciate that.