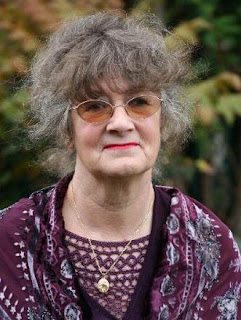 I am delighted to welcome June Francis for an interview today. June was born in Blackpool but grew up in a working class area of Liverpool, and began her writing career with articles in various magazines including My Weekly, and stories broadcast on Radio Merseyside. But her first love was the novel and encouraged by a published member of her writing group, she sent off an historical romance to Mills & Boon. After much rewriting she was offered a contract for the two books she had written. She went on to write family sagas, as well, and to date she has had thirty-two books published.

Welcome to the RNA Blog June, do tell us what made you want to write and which author influenced you in making that decision?

When my father came home from WW2 I was four years old and he took me on his knee and told me from memory stories by Hans Christian Anderson as we had no books in the house. The ones that stuck in my mind were "The Little Match Girl, The Tinder Box and The Ugly Duckling. They so grabbed me that I wanted to be able to write stories, too.

Is a sense of place important to you in your writing? How do you set about the research?

Yes, it certainly is. The majority of my books have been set in Liverpool where I grew up. I still live within five miles of the city centre. One would think that meant I knew all there was to know about my home city but that is not so because a number of my sagas are set before I was born and the characters needed to be set in their historical context. I walked the streets of areas I wasn't familiar with but also read old Liverpool Echos, books about Liverpool, Kelly's Street Directories which also give information about people's occupations, as well as talking to people who experienced the depression and WW2. For my books set elsewhere I have visited the Republic of Ireland, France, Madeira and numerous places in the UK


Of all the characters you've created, which one holds a special place in your heart? 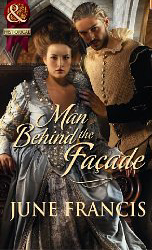 This is a real difficult choice. Can I have two - one from a saga and one from an historical romance? The first is Harry Peters from A PLACE TO CALL HOME and he is the widower father of the heroine, Greta. Maybe it's because I'm not very brave myself, I admire courage tremendously and Harry is one of those men who rescued people from bombed buildings during the blitz in Liverpool.

My other character is the hero, Philip Hurst of MAN BEHIND THE FACADE He's a travelling player and playwright as well as being involved in political intrigue. He is good looking with a sense of humour and heroic in that despite having a fear of heights he has to control it to go to the heroine's rescue.

This last title was one of your historical romances for Harlequin Mills & Boon set in the 16th Century, I believe. Tell us what it is that attracts you to that particular period?

To tell you the truth I arrived in the 16th Century after starting in the 13th Century in the mid 1980s when I wrote my very first book. I knew nothing about those times and wanted to find out more. I wrote five historical romances, the last being during Henry V's reign - before writing my first saga. I wrote sagas for at least ten years before writing for HMB again, as well. I jumped to Henry VI’s reign and the War of the Roses which naturally led on to Tudor times. I just wanted to discover more about what happened next in history and it's been an enjoyable ride so far.

What was the best craft advice you ever had in writing for Mills & Boon?

You have to get your historical background as correct as possible but don't forget you're writing mainly about the relationship between a man and a woman and the woman reader's fantasy. How long on average, does it take you to write a book?

How much editing do you do? 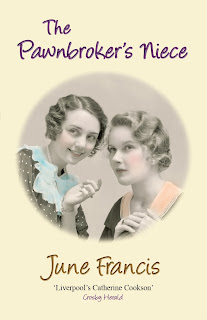 Six to nine months. Lots of editing. I do some as I go along but I do at least three complete drafts before my agent sees the ms. I never write a detailed synopsis but go with a few plot ideas but I generally do have some idea of the ending.

Which three books would you take on a desert island with you and why?

‘This Rough Magic’ by Mary Stewart because I can lose myself in her stories. I read this one again and again because I like the characters and the setting and the plot. ‘Christmas at Fairacre’ by Miss Read. This is actually several stories in one book but again it is one of those books I return to time and again because I can lose myself in it. I find it relaxing and although my upbringing was very different to the characters in the book, in a way it reminds me of the Christmases of my childhood. Thirdly, ‘Waterloo Sunset’ by Martin Edwards. This is a crime novel and is set on Merseyside the year Liverpool was Capital of Culture. I know Martin and I've read several of his novels and enjoyed them. I've read this only once and I'm sure I'd gain from reading it again and again.

You are very involved with a writing group near Liverpool. Do you feel this is a support to you in your writing?

I reckon that I wouldn't have made it as a published writer if I hadn't joined Crosby Writers Club way back in the eighties. These days I attend the club to support those would-be-writers by giving encouragement and helpful criticism, as well as hopefully keeping them up to date with the publishing world as it is now.


It's lovely how writers so support each other. Can you tell us something of what you are working on now? 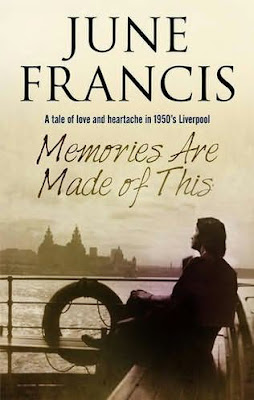 I have recently finished an HMB called THE MADONNA AND THE ADVENTURER which is with my editor but in the meantime I am getting on with a saga. I am nearly 9,000 words in and it is the third in a trilogy set in the fifties on Merseyside and up in the Whalley area in Lancashire. The first two are IT HAD TO BE YOU and MEMORIES ARE MADE OF THIS. Its working title is IT'S NOW OR NEVER which might need changing as Elvis didn't have a success with it until 1960/61. My regular readers will have met the main characters before but will know little about two of them. I generally get into the heads of several of the characters. I enjoy writing about how the past reflects on the present and in this story, one of my main female characters has a secret that no one suspects. Whilst another discovers the truth about her father and it means the future she had planned won’t turn out the way she dreamed.


The paperback of the THE PAWNBROKER'S NIECE will be out on the 26th November 2012.

MEMORIES ARE MADE OF THIS will be out in hardback with Severn House on 27th December 2012.

Thank you for sparing time to talk to us today June. We wish you continuing success with your books.
Best wishes, Freda

I've really enjoyed reading "The man behind the Facade" June, and can't wait to get my hands on the next story about the Hurst brothers.

Thank you for giving us an insight into why and how you write. I grew up near Liverpool [and used to go on shopping trips there]so the area you write about gives me a sense of nostalgia. And how lovely that you are helping other writers along the rocky road to publication.