A NIGHT FOR ROMANCE

Bubbly
Members, guests and finalists met to chat over a glass of bubbly before the main event of the evening got under way. We had a chance to peruse the books that were up for awards under the six sections as well as catch up with friends and fellow members. The RNA is nothing if not friendly and we love a celebration and a party. Who would win and what else was in store during the evening ahead?

Canapes and Introductions
After finding our tables and partaking of the delicious canapes our Chair, Pia Fenton welcomed everyone to the event. Agents, publishers, established authors, new writers, friends and family clapped enthusiastically as Jane Wenham Jones started the evening’s proceedings by introducing our special guest, Barbara Taylor Bradford. There was more than one author in the room who had dreamt of becoming a writer after reading Barbara’s A Woman of Substance. Barbara was warm and encouraging offering advice to any would be aspirant to be focussed and concentrated. Those of us in the room were focussed on Barbara, looking as immaculate as any heroine.

Category Winners
This year, books shortlisted for the RoNA Rose, for category/series and shorter romance, competed for the first time with all other categories for the overall prize of Romantic Novel of the Year. Prior to announcing the overall award winner, Barbara Taylor Bradford revealed the winners of the individual categories and presented them with star-shaped crystal trophies. 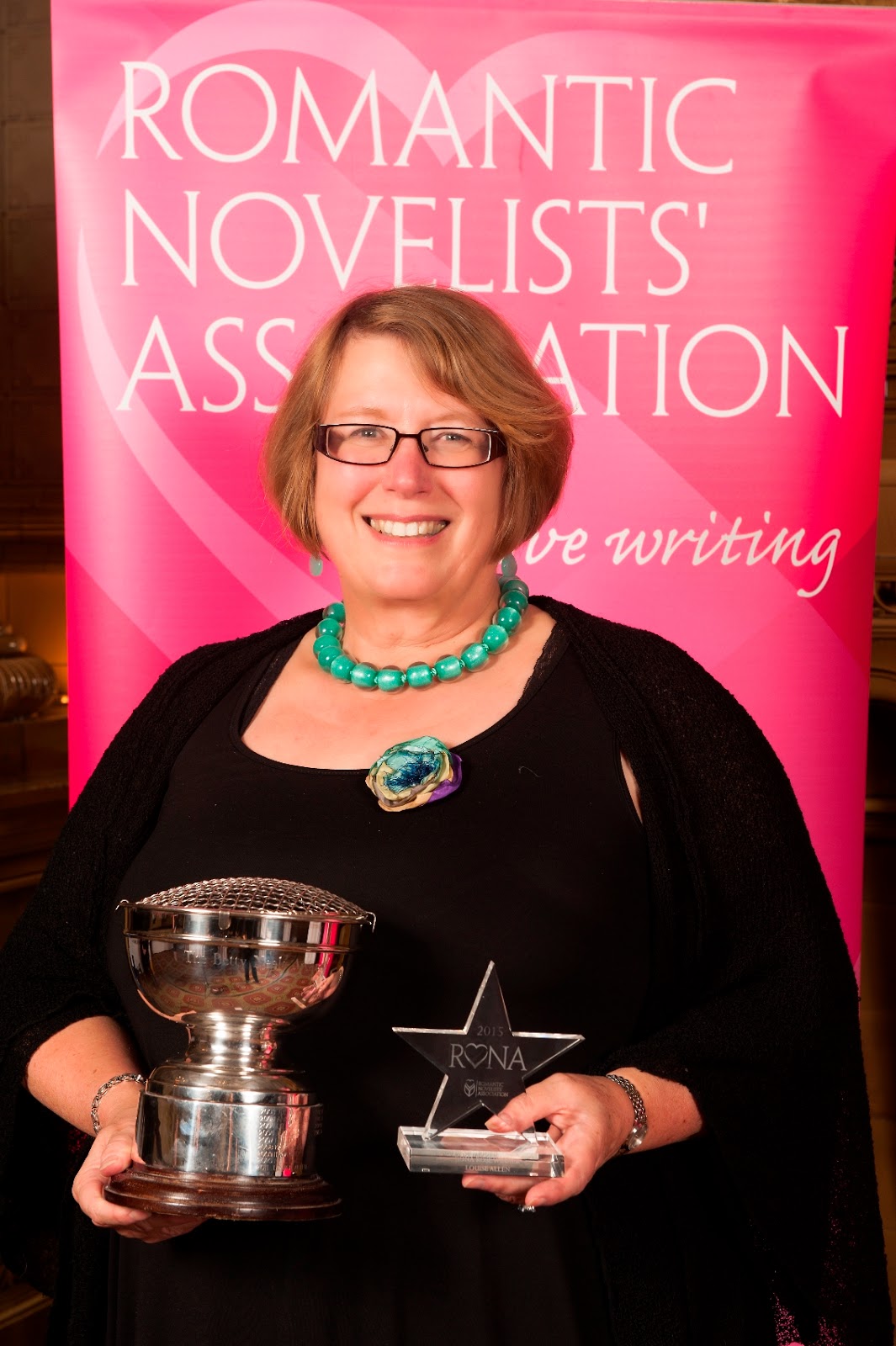 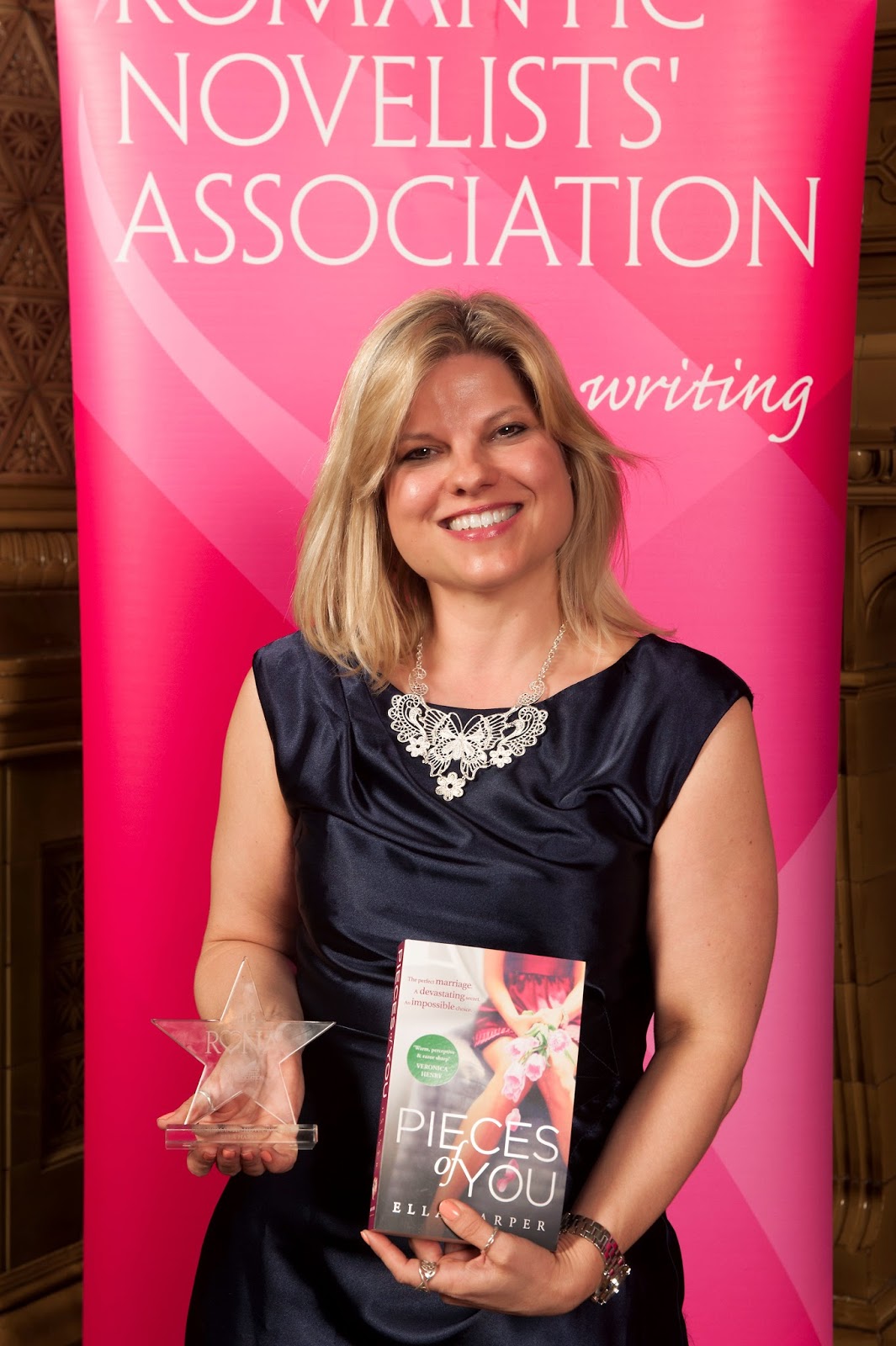 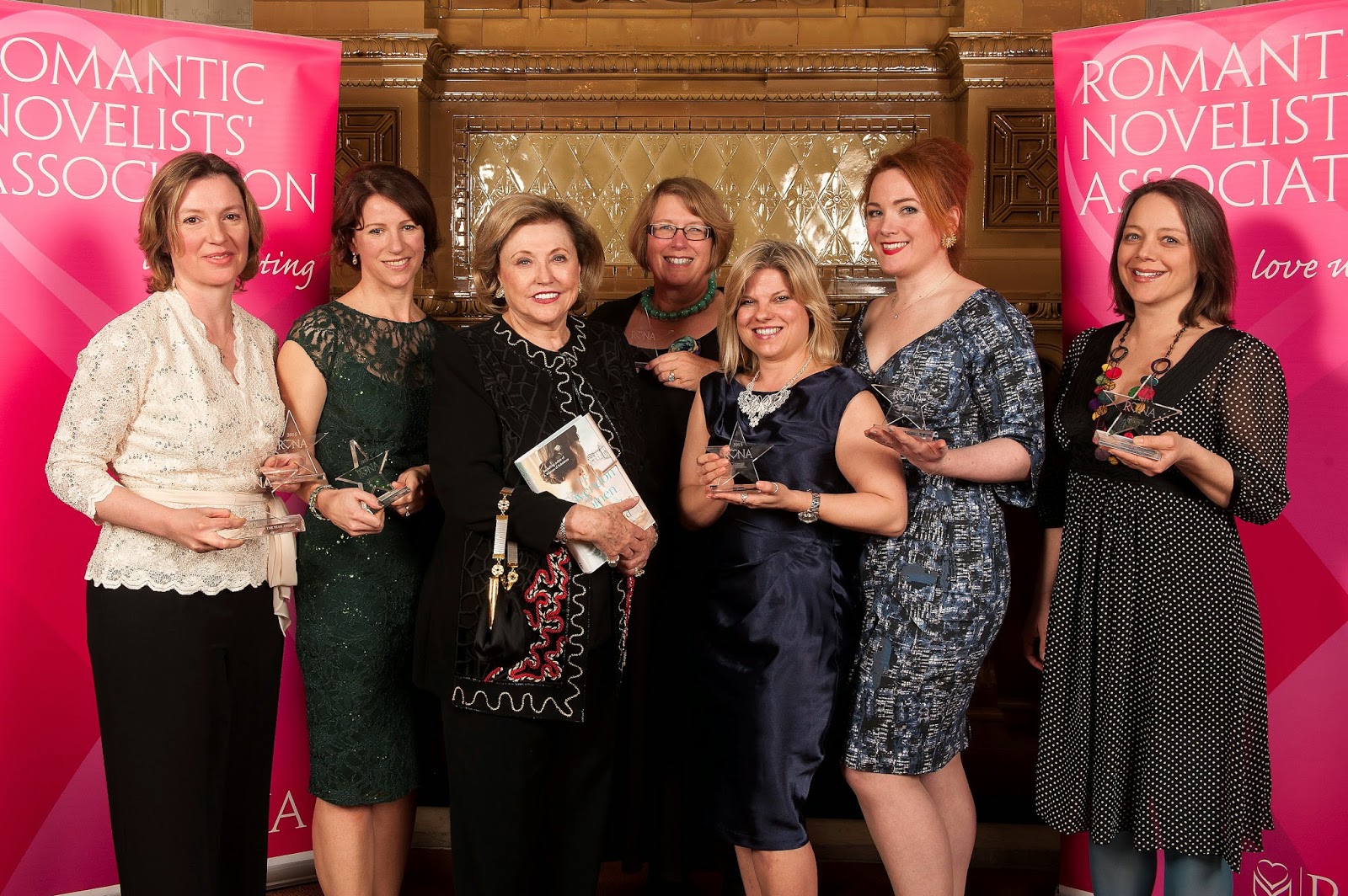 The Romantic Novelist of the Year Award would be announced later in the proceedings. Who would be the winner?

Outstanding Achievements
A high spot of the evening was the presentation of Outstanding Achievement awards to two of our favourite authors, Jill Mansell and Carole Matthews, both ladies having reached the pinnacle of their careers by having twenty five books published. In her acceptance speech Jill revisited her twenty-one year old self when becoming a writer wasn’t even yet a dream and Carole attributed her fat bottom (not true) and repetitive strain industry to her career. Naturally – because that’s the sort of people they are – they heaved praise and thanks upon all the people who had helped them along the way. 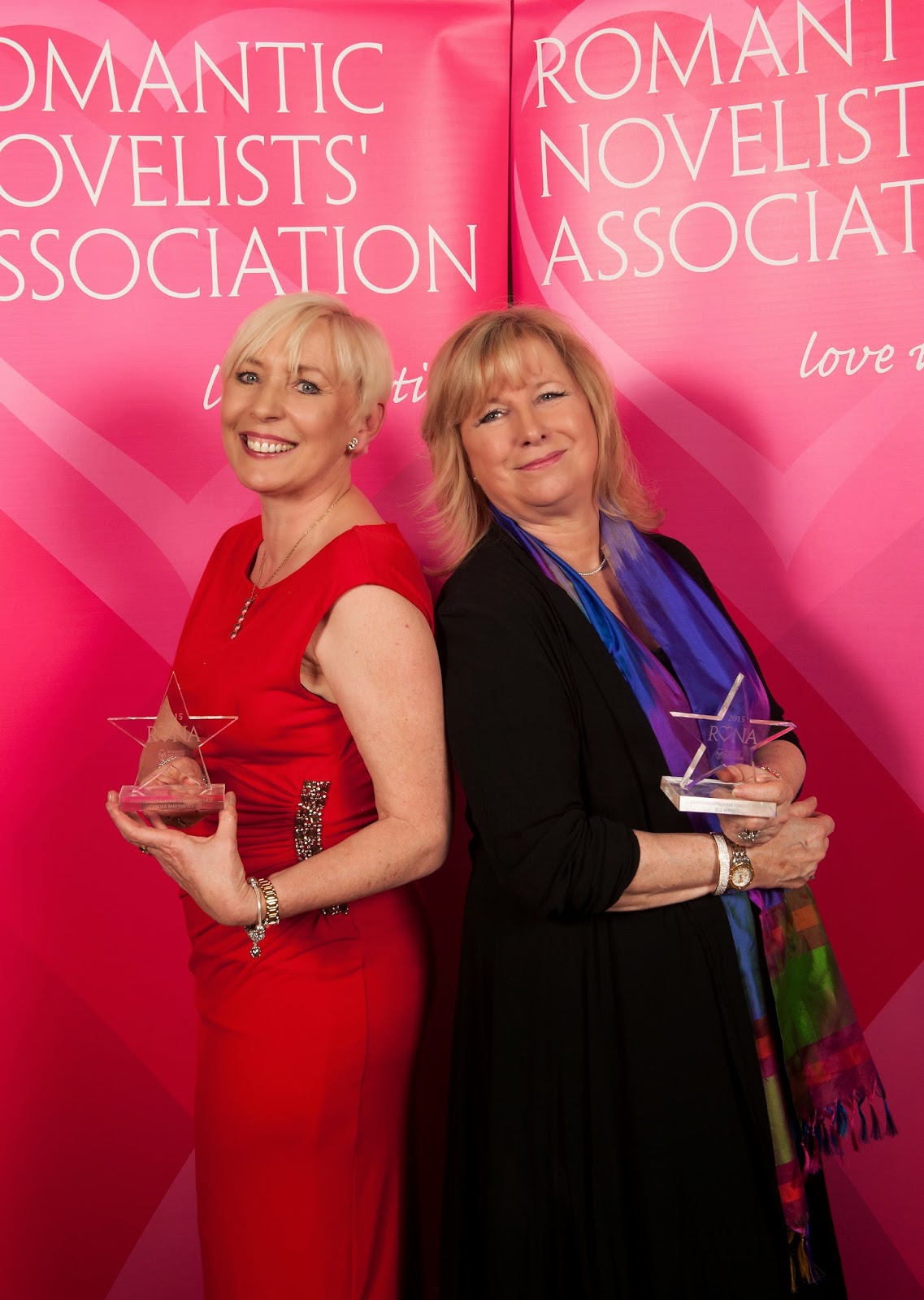 Team of Judges
All too soon the official part of the evening was drawing to an end. A panel of independent judges read the six category winners’ novels before meeting to debate the finer points of each book. The panel included Sarah Broadhurst, formerly The Bookseller; Alison Flood, Guardian.co.uk; Jane Mays, The Daily Mail; Karin Stoecker, ex-Editorial Director, Harlequin Books and Matt Bates of WHSmith Travel.

The Big Moment!
Barbara opened the red envelope and announced the winner of the Romantic Novel of the Year Award to be…Joss Stirling with, Struck. A fantastic achievement and the first time the prize has gone to a novel in the young adult category. Barbara Taylor Bradford presented Joss with her trophies and a cheque for £5000 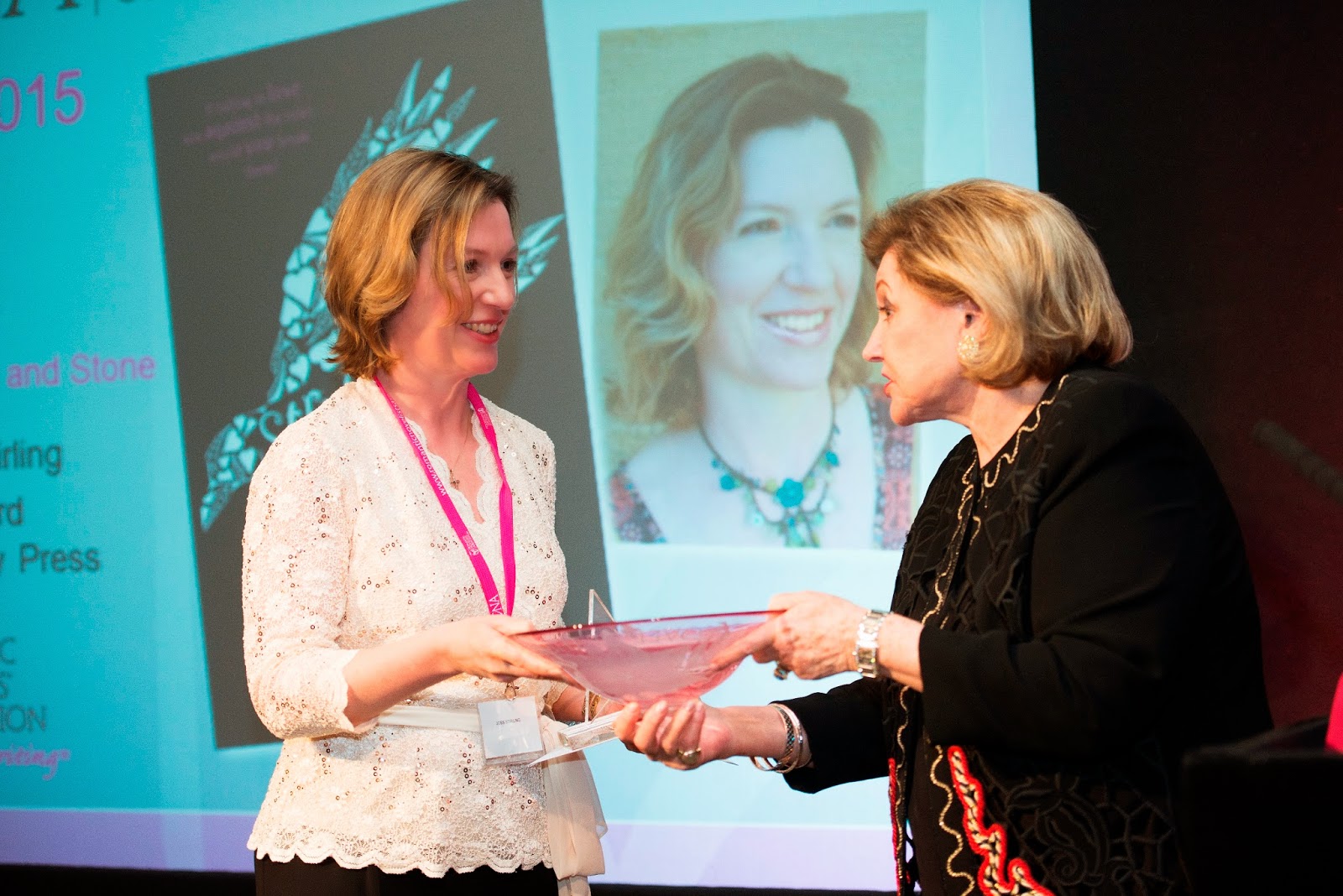 Praise
The five judges were fulsome in their praise of Struck:
“A fast -paced novel, full of adventure and danger, as well as a satisfying romance with an instant attraction.”
“Mean Girls meets 21 Jump Street, navigating life and themes of school cliques and bullying.”
“Main characters were well drawn.”
“A satisfying developing relationship between heroine and hero. A provocative read which delivered on the romance. Good plot. Great hero and heroine.”
“An absorbing read that really pulled you in – I admired the energy and pace.”
Our heartiest congratulations to Joss and indeed to all of the contenders and winners.

Until Next Year
Guests lingered to sip wine and chat before heading for home and your intrepid blogging team took the opportunity to chat to potential interviewees for the blog. Yet another fabulous RNA event had come to an end. Well done to the organisers and the committee for pulling off another fabulous and memorable event. Farewell until next year – but first we have the Summer Party, our Summer Conference and the Winter Party. See you there!

Fab pics. I don't think there are many of us not aware of the hard work and many hours spent at the keyboard. Well done, ladies. And judges! Thanks for sharing, Elaine and Natalie! :) xx

Thank you for the wonderful writer up - a lovely flavour of the evening for those of us unable to make it.

Thanks for all the work that went into this great Blog post Elaine and Natalie. And thank you to everyone who made the RoNA Awards such a super night.

The romantic love we feel toward the opposite sex
is probably one extra help from God to bring you together, but that's it. All the rest of it, the true love, is the test. See the link below for more info.