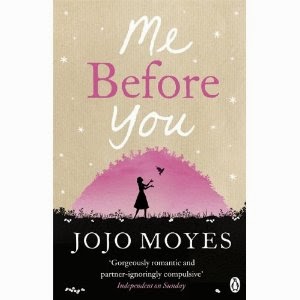 JoJo Moyes ME BEFORE YOU
Michael Joseph
£7.99
5th January
Lou Clark knows lots of things. She knows how many footsteps there are between the bus stop and home. She knows she likes working in The Buttered Bun tea shop and she knows she might not love her boyfriend Patrick. What Lou doesn't know is she's about to lose her job or that knowing what's coming is what keeps her sane.
Will Traynor knows his motorcycle accident took away his desire to live. He knows everything feels very small and rather joyless now and he knows exactly how he's going to put a stop to that.
What Will doesn't know is that Lou is about to burst into his world in a riot of colour. And neither of them knows they're going to change the other for all time. 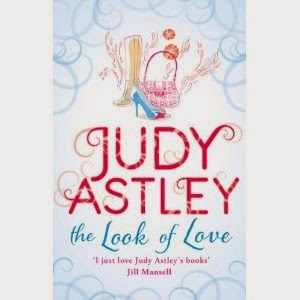 When a makeover turns into a nightmare... 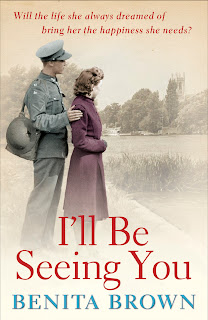 Benita Brown I'LL BE SEEING YOU
Headline
05 Jan 2012
£18.99 Hardback
As the tragedy and uncertainty of the Second World War takes hold, a young woman must learn to let go of the past in this enthralling, romantic and heartbreaking novel.
www.benitabrown.com 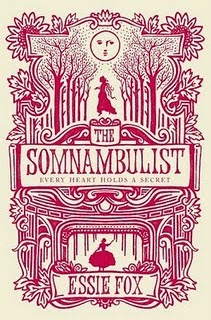 Essie Fox SOMNAMBULIST
Orion
5th January
£7.99
'Some secrets are better left buried...' When seventeen-year-old Phoebe Turner visits Wilton's Music Hall to watch her Aunt Cissy performing on stage, she risks the wrath of her mother Maud who marches with the Hallelujah Army, campaigning for all London theatres to close. While there, Phoebe is drawn to a stranger, the enigmatic Nathaniel Samuels, who heralds dramatic changes in the lives of all three women. When offered the position of companion to Nathaniel's reclusive wife, Phoebe leaves her life in London's East End for Dinwood Court in Herefordshire - a house that may well be haunted and which holds the darkest of truths... 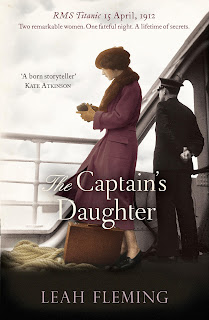 Two women meet in a lifeboat as the Titanic sinks. May and her family were outward bound for Idaho but her husband and baby are lost in the sinking. Wealthy Celeste, returning from her mother's funeral in Lichfield to her son and abusing husband, befriends this third class passenger. Then the Captain rescues a child and May clings on to her with relief. As dawn comes and the Carpathia rescues the survivors, a friendship destined to last a lifetime is forged despite social differences but then May makes a startling discovery. Her split second decision  changes all their lives for ever.
From the streets of New York where Angelo waits in vain for his Italian wife and baby, to Lichfield's Cathedral Close, via Tuscany's rolling hills, the unfolding story spans fifty years, two continents and the secret of that fateful night reverberates through three generations of these survivors. 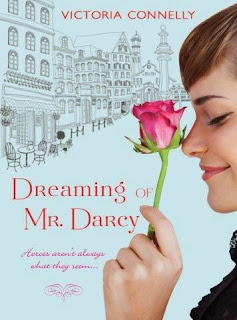 Victoria Connelly DREAMING OF MR DARCY
Sourcebooks
Paperback
$14.99
When a new version of Jane Austen's Persuasion starts filming in the seaside town of Lyme Regis, Austen fan Kay Ashton can't believe her luck especially when she catches the eye of the handsome actor playing Captain Wentworth.  But is he really the perfect hero?
www.victoriaconnelly.com 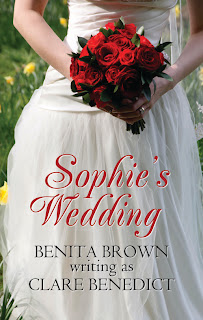 Benita Brown writing as Clare Benedict SOPHIE’S WEDDING
Ulverscroft/Magna
Large Print
Hardcover
£20.99
01 Jan 2012
As they gather for their best friend’s wedding three friends find themselves at turning points in their lives. Alison wonders if she can find happiness again; Francine must decide between an old love and a new opportunity; Carol asks herself if her own marriage is worth saving. One thing is certain-change is in the air!
www.benitabrown.com

Charlie Cochrane ALL LESSONS LEARNED
Samhain Publishing
ebook
The Great War is over. Back at St. Bride’s College, Orlando Coppersmith is discovering what those years have cost. All he holds dear—including his beloved Jonty Stewart, lost in combat. A commission to investigate a young officer’s disappearance gives Orlando new direction…temporarily. The deceptively simple case becomes a maze of conflicting stories—is Daniel McNeil a deserter, or a hero? As he hovers on the brink of despair, a chance encounter in France brings new hope and unexpected joy. But the crushing aftereffects of war could destroy his second chance, leaving him more lost and alone than ever… 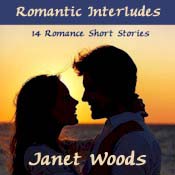 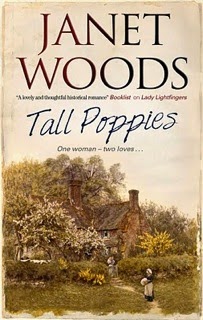 Janet Woods TALL POPPIES
Severn House Hardcover
$19.99
Two men hold the key to Livia's heart and happiness, both WW1 heroes. Through no fault of his own - one of them nearly breaks it.
http://www.janet-woods.com
Margaret Mounsdon - THE MATTER OF THE HEART
People's Friend 696 -
Pocket Novel
£1.99
When Dominic Talbot award winning screenwriter leaves his briefcase in the back of one of Georgia Jones's mini cabs it sets off a chain of events that will change her life forever
www.margaretmounsdon.co.uk

Margaret Mounsdon - SECOND TIME AROUND
My Weekly
Pocket Novel
£1.99
Widowed Elise Trent thought no one could replace her beloved husband Peter in her affections, until she met policeman Mark Hampson
www.margaretmounsdon.co.uk

Vanessa Devereaux HOW I MET MY LOVER
Evernight Publishing  www.evernightpublishing.com
e-book-novella
January 20th
The last thing Emily expected to do when she returned to Seattle was run into her old school buddy, Mia. Mia was always quite the girl so Emily isn’t too surprised to hear she’s an escort. Emily against her better judgment decides to give it a try and meets the man of her dreams.
Matt’s been a career bachelor and a tough undercover cop so you’d think posing as a client for an escort would be a piece of cake. What he didn’t count on was Emily opening the door to him and his heart.

Vanessa Devereaux FORBIDDEN
Total E Bound www.total-e-bound.com
e-book
January 23rd
When Maggie falls for Dr. Jon Gunderson she not only loses her best friend’s trust but her life takes an unexpected turn.
Julie was Maggie’s mentor and has been her best friend for as long as she can remember.
When she finally gets a change to visit her on the island of Majorca, she falls for Julie’s son, Jon, and the two enjoy a week of sexual bliss.
When Julie finds out about their affair, she can never forgive Maggie.
However, Maggie carries a secret that will have life-altering changes not only for herself but for Jon too. 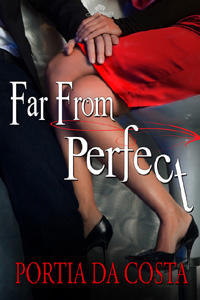 Portia Da Costa FAR FROM PERFECT
Samhain Publishing
Trade Paperback
$14.00
Enduring passion, turbulent emotions, and an engagement of convenience... can Nick and Anna be together without reliving a painful conflict from their past?
http://www.portiadacosta.com/farfromperfect.html 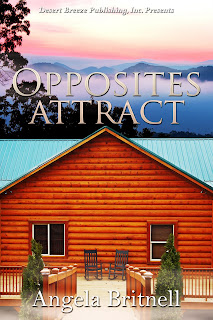 Angela Britnell OPPOSITES ATTRACT
Desert Breeze Publishing
Available in ebook format
$5.99
Why can no one believe Holly and Brett are content with their single lives? Certainly their interfering parents don't and they decide to take action. The 'Opposites Attract' dating agency has the theory if normal matchmaking hasn't worked they'll turn it upside down. The uptight British policewoman and the laid-back Southern writer are complete opposites and so will make the perfect mismatch. A weekend in Paris turns magical but secrets, lies and sheer stubbornness threaten this romance before it hardly gets off the ground. Holly and Brett will fight love all the way and it's a question of who'll give in first.
www.angelabritnellromance.com
Posted by Unknown at 9:00 AM

Love is hugging. Love is kissing. Love is saying no.There are 2 kinds of love one is Our love and another one is God's love.But God makes both kinds of them.