A Christmas Longlist=The RNA Romantic Novel of the Year Longlist 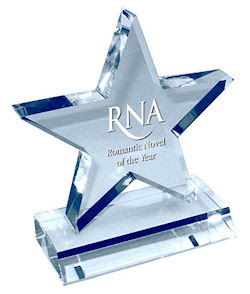 Stuck for present ideas? Janet Gover shares the longlist for the RNA's Romantic Novel of the Year just in time...
Still stuck for Christmas presents?
Looking for some stocking fillers that will put smiles on every face?
Well, just in time to help – here's a Christmas list to brighten the dullest winter days.
The RNA has just released the longlist of novels in the running for the Romantic Novel of the Year Award in 2010 – which is also the Association's Golden Anniversary year.

There's something on the list for everyone…. modern romance among New York's skyscrapers, tales of triumph over tragedy in war, there's Victorian drama and super spies, tales of first love and lost love and love that changes everything.

The question is – where to start? These books have been selected from one hundred and fifty-eight submitted novels – so I know they are all going to be top reads.

The Very Thought of You by Rosie Alison - Alma Books
Passion by Louise Bagshawe - Headline Review
Beachcombing by Maggie Dana - Pan Macmillan
Fairytale of New York by Miranda Dickinson - Avon (Harper Collins)
Lost Dogs and Lonely Hearts by Lucy Dillon - Hodder & Stoughton
A Single to Rome by Sarah Duncan - Headline Review
A Mother’s Hope by Katie Flynn - Arrow (Random Hse)
A Glimpse at Happiness by Jean Fullerton - Orion
10 Reasons Not to Fall in Love by Linda Green - Headline Review
Marriage and Other Games by Veronica Henry - Orion
The Glass Painter’s Daughter by Rachel Hore - Simon & Schuster
It’s the Little Things by Erica James - Orion
I Heart New York by Lindsey Kelk - Harper
The Heart of the Night by Judith Lennox - Headline Review
The Italian Matchmaker by Santa Montefiore - Hodder & Stoughton
The Summer House by Mary Nichols - Allison & Busby
One Thing Led to Another by Katy Regan - Harper
The Last Song by Nicholas Sparks - Little Brown (Sphere)
Last Christmas by Julia Williams - Avon (Harper Collins)
The Hidden Dance by Susan Wooldridge - Allison & Busby
The challenge now is to read them all before February 11th – when the shortlist will be announced.

The winner will be named at the Awards lunch on March 16th.
Posted by Unknown at 2:16 PM

Email ThisBlogThis!Share to TwitterShare to FacebookShare to Pinterest
Labels: Janet Gover, Romantic Novel of the Year

Combining the longlist with the -book debate, perhaps a competition with all the longlist books on an e-reader.... (that would be my wish to Santa this year)