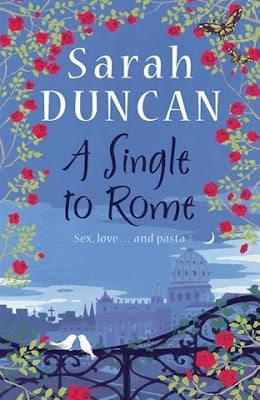 Author of one of this year's longlisted books for the Romantic Novel of the Year, Sarah Duncan, tells us about what inspired to A Single To Rome...

I must confess right from the start that I’m a lazy sort of writer. When I’m looking for a background for a book I think through things I already know a bit about. For Nice Girls Do it was C18th symbolic landscape gardens, which I’d done as part of my History of Art degree, for Another Woman’s Husband is was Shakespearean cue scripts, which I’d learnt about at drama school. (I must quickly add here that Adultery for Beginners was ENTIRELY a work of fiction.) 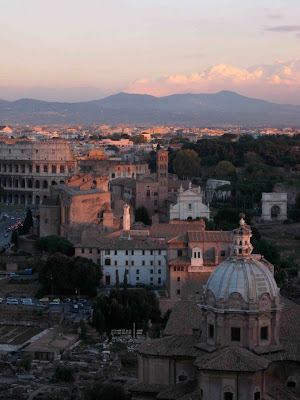 But I thought I’d run out of specialist knowledge for my new book until my partner suggested Rome. I’d been a student there during my degree, so knew the city quite well – and the research trips would be fun. So that was settled – the book was going to be set in Rome. 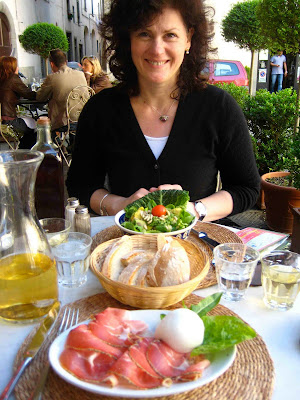 Having decided that, I had to work out how I was going to get my heroine there. Originally I was going to have her working in Italy as an art historian, but it became clear that wasn’t right so going Rome became escaping from a broken heart. But what was she going to do when she got there? 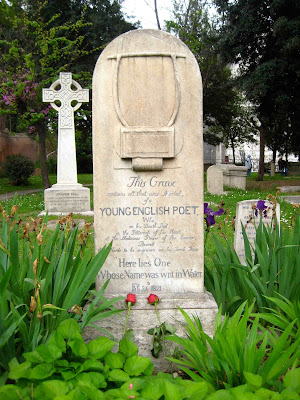 At the back of my mind I thought I might do something with the Romantic Poets so I visited the Protestant Cemetery on the outskirts of Rome to see the graves of Shelley and Keats. Reading the guidebook I discovered that Shelley’s little boy, who was charmingly nicknamed Willmouse, had died before his father, and was also buried in the cemetery. When Shelley was buried, they arranged for Willmouse to be interred with his father – but when his grave was dug up Willmouse wasn’t there… 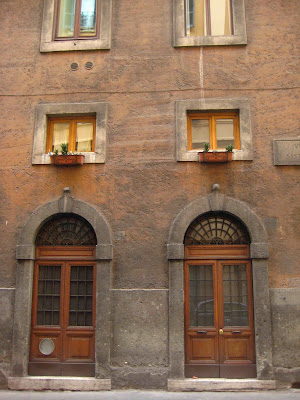 As I wandered around the daisy strewn lawns of the cemetery the ghost of an idea for a plot came to me, and I knew what Natalie was going to do. I visited the Shelleys’ house in Rome, which is used for offices in real life, but in the book it’s the Tea Museum. And I did a lot of food research, as one of the characters is a food writer. It’s a hard life being a novelist.
Posted by Unknown at 9:50 AM 2 comments: