Today we are joined Ellie Holmes who talks about her debut novel 'The Flower Seller. Ellie's inspirational tale reminds us that persistence definitely pays off because, after twelve years, her novel is finally published this June. 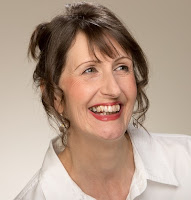 I first joined the RNA in 2004 and eagerly submitted my manuscript The Flower Seller to the New Writers’ Scheme.  The report I received was tremendously helpful in highlighting where the weaknesses were and how they might be tackled.  I knuckled down and in 2005 submitted the reworked manuscript to the NWS, having taken into account a lot of what my reader in 2004 had suggested.  This time The Flower Seller made it through to second read stage so all the hard work was worth it.


2005 was also the year of my first RNA Conference.  At that conference I attended an Agents’ Panel discussion when the wonderful Broo Doherty (now of DHH Literary Agency) spoke of her wish to find new authors.


I didn’t think she could possibly be talking about me.  After all The Flower Seller still needed more tweaking and I felt sure Broo would only want people who were the finished article.  Then the fabulous Nicola Cornick of this parish (who at the time ran the NWS) spoke to me, asking if I was going to contact Broo. I explained my reasons for not doing so. Nicola, in the nicest possible way, gave me a metaphorical slap round the head and told me to contact her anyway. A few weeks’ later, the ink was drying on my contract with a London literary agent.

Over the years that I have worked with her, Broo has made me a better writer but despite her best endeavours we never landed that elusive contract for The Flower Seller or my later books.


As the marketplace changed, I decided I would go down the self-published route and it made sense to make The Flower Seller, which is so dear to my heart, my first release.  I took it out of the forgotten folder it had been tucked into on the computer and set about giving it a polish and an update (smartphones were only a twinkle in Steve Jobs’ eye when the book was first written). Taking my courage in both hands I set out on the path to becoming an indie author benefitting hugely from all those who have gone before and been generous enough to share their experiences.


The Flower Seller was finally published on 2nd June. A nice little postscript to this tale is that as I was putting The Flower Seller together for publication I made my first sale to a traditional publisher. I am used to those kind of kinks in the road now.

There are several things I’d like you to take from my tale:-


Rewrites that are focused and with a purpose in mind are all part of the job.


We all need cheerleaders – mine were Nicola and Broo.
The road to publication may have as many twists and turns as your plot so be prepared.
NEVER GIVE UP!

Ellie Holmes writes commercial women's fiction and romantic cosy mysteries.  Born in Essex but made in Cornwall, Ellie takes her inspiration from the beautiful Essex countryside and the sublime Cornish coast. Juggling commitments to family and friends alongside a part time job in the law and her writing, Ellie describes her days as hectic and her nights as long but says she wouldn’t have it any other way.

Thank-you for taking the time to tell us here at the RNA Blog about your experiences Ellie. We hope this story is the first of many we will see from you.

If you wish to write something for the blog or be interviewed please contact elaineeverest@aol.com

What an interesting, inspirational article, Ellie! The cover of your novel is simply lovely, and I can't wait to read what lies beneath the cover. Good luck with it!!

Thank you for your kind comments. Paying it forward and supporting each other is so important. And the next time I need another metaphorical slap round the head I'll give you a call Nicola 😉 I'm happy to be your cheerleader anytime!

Very nice blog. Have a informative and good information. I learned lot from this site. Thank you for this useful information.
Linux Training in Chennai

Thank you to everyone for their kind comments. All much appreciated. Ellie x

Thanks for giving great kind of information. So useful and practical for me. Thanks for your excellent blog, nice work keep it up thanks for sharing the knowledge. digital marketing company in delhi

Thanks Admin for sharing such a useful post, I hope it’s useful to many individuals for developing their skill to get good career.

Really you have done great job,There are may person searching about that now they will find enough resources by your post
Online DevOps Certification Course - Gangboard
Best Devops Training institute in Chennai

Nice information, valuable and excellent design, as share good stuff with good ideas and concepts, lots of great information and inspiration, both of which I need, thanks to offer such a helpful information here.

I think this is the best article today about the future technology. Thanks for taking your own time to discuss this topic, I feel happy about that curiosity has increased to learn more about this topic. Artificial Intelligence Training in Bangalore. Keep sharing your information regularly for my future reference.


Inspiring writings and I greatly admired what you have to say , I hope you continue to provide new ideas for us all and greetings success always for you.
Keep update more information..

Looking to add extra style to your content, make use of our strikethrough Text Generator to add amazing line through text in desired platform. Strikethrough in Google Docs.

Thanks for the article may be useful for everything

Wow, amazing blog layout! How long have you been blogging for? you make blogging look easy. The overall look of your website is fantastic, let alone the content!

This is the exact information I am been searching for, Thanks for sharing the required infos with the clear update and required points. To appreciate this I like to share some useful information.

It is very good and useful for students and developer.Learned a lot of new things from your post Good creation,thanks for give a good information at sap crm.

I have to voice my passion for your kindness giving support to those people that should have guidance on this important matter.

Excellent post for the people who really need information for this technology.

Really i appreciate the effort you made to share the knowledge. The topic here i found was really effective...

Post is very useful. Thank you, this useful information.

Great post!I am actually getting ready to across this information,i am very happy to this commands.Also great blog here with all of the valuable information you have.Well done,its a great knowledge.

It is amazing and wonderful to visit your site.Thanks for sharing this information,this is useful

Thank you for your post. This is excellent information. It is amazing and wonderful to visit your site.

Learned a lot of new things from your post! Good creation and HATS OFF to the creativity of your mind

Awesome,Thank you so much for sharing such an awesome blog.