Julie Cohen GETTING AWAY WITH IT
Headline Review
28th  October
£19.99 (hardback)
Rebellious stuntwoman Liza Haven finds out what it's like to be the good twin when her perfect identical sister disappears.

Rosy Thornton THE TAPESTRY OF LOVE
Headline Review
14th October (paperback)
£7.99
A rural idyll: that's what Catherine is seeking when she sells her house in England and moves to a tiny hamlet in the Cévennes mountains. Reality, however, proves rather different.

Valerie Holmes CHLOE’S FRIEND
F A Thorpe (Publishing)
Large Print
1st October
£ 8.99
Forced to work as a laundry maid, her father has been transported and her mother sent away, the young and spirited Chloe must make her way alone - or so she thinks...'

Mary Nichols LORD PORTMAN’S TROUBLESOME WIFE
Mills & Boon
£3.99
Homeless and penniless, Rosamund is forced to marry Harry, Lord
Portman. In return for a comfortable life, she must produce an heir.
But far from sweeping her into his bed, Harry seems determined to keep
her at arm's length.
Lily Baxter POPPY'S WAR
Arrow
Cost £5.99
Evacuated from 's , thirteen-year-old Poppy
Brown enters another world when she is billeted at a grand country house in . 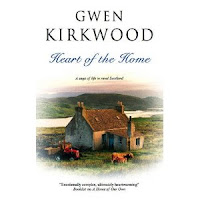 Gwen Kirkwood HEART OF THE HOME
Severn House
£19.99 (US $28.95)
Avril Gray has a promising career until fate intervenes. Dean Scott has ambitions but as a labourer he feels unable to propose marriage. His mother learns Avril's secret and is determined to keep them apart 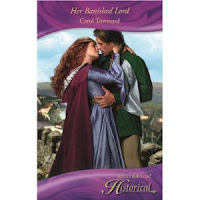 Carol Townend HER BANISHED LORD
Mills & Boon
Large Print
October
£14.50
Disgraced, stripped of his title and lands, all Hugh Duclair has left is his pride.   Will the beautiful Lady Aude, once a childhood playmate, win his heart as she risks everything to help clear his name?

Nicola Cornick WHISPER OF SCANDAL
HQN Books
£5.72
Love in a cold climate - Regency historical romance and adventure in and the !
Cat Marsters DREAMING OF YOU
Changeling Press (ebook)
29th Oct
Approx £3
Two thousand years ago, Tamenorix of the Segovantes was cursed to live forever as a slave, providing pleasure to whoever wears his torc. A torc bought centuries later by a lovelorn academic for his best friend's birthday.

Annie Burrows THE VISCOUNT AND THE VIRGIN
Mills & Boon
1st October
£6.99
Continuing the Regency Silk and Scandal Series...Imogen Hebden has the shadow of scandal hanging over her.  Just when it looks as though her last-chance season is going to be a disaster, she gets a proposal from no less a personage than a viscount...in an almost indecent hurry to produce an heir...

Lynne Connolly TEXAS HEAT
Loose-Id
5th October
$5.50
After days of steamy passion locked in her hotel room with the devastatingly sexy Vin, Annie discovers he owns the company trying to take over her own. Can she overcome his distrust and teach him to share his worries, or is sex all they can share?

£16.50
In the early 20th century , Archie Barnett follows his dream to become a creator of beautiful things, namely fine bone china but dealing with life is the usual roller coaster.
Chrissie Loveday A LOVE SHARED
DC Thompson
People's Friend Pocket Novels
7th October
£1.75
Their shared passion for horses brings Sarah and Alex together but working together in their law firm brings conflict that may prove impossible to overcome.
Kate Jackson DATES FOR MY DIARY
People's Friend Annual 2011
16th  August
£6.99
An unexpected present helps Amanda start afresh.
Posted by Unknown at 10:16 AM

Congrats to all the authors on their October releases - I've read Tapestry of Love and it's just wonderful.