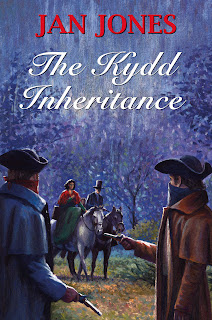 Jan Jones THE KYDD INHERITANCE
Hale
January 2011
£18.99
Secrets and skullduggery in Regency England  -- a 'Newmarket Regency' prequel.
http://jan-jones.blogspot.com
Benita Brown MEMORIES OF YOU
Headline
06 January
£19.99
As the thirties lead into the Second World War four siblings face an
uncertain future in this novel of love, loss and the enduring strength of
family. 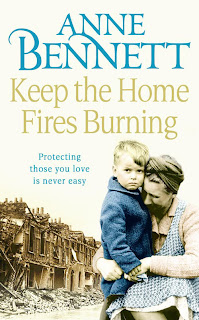 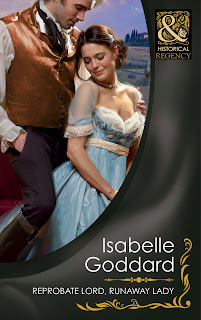 Isabelle Goddard REPROBATE LORD, RUNAWAY LADY
Harlequin, Mills and Boon Historical
11 January 2011
£3.99
London 1817: one woman, one man, two escapes, but what will happen when their old lives catch up with them?
Chrissie Loveday FOR THE SAKE OF LOVE
Chivers
January 2011
Passion and intrigue awaited the ambitious journalist Amanda but could she
abandon her career for the love of a tennis star?

Lily Baxter WE'LL MEET AGAIN
Arrow Books
6 January 2012
£19.99
Meg Colivet falls in love with a charismatic German Undergraduate at an
Oxford May Ball, but when she meets him again he is the enemy who has
invaded her peaceful island of Guernsey.


Karen Abbott THE NEW LORD WESTLAKE
Thorpe - Linford Romance
January 2011
£8.99
Timothy Harding, the acknowledged heir of his grandfather, the late Lord
Westlake, is shocked to discover his grandfather had an elder son who was
sent away in disgrace, following a series of scandalous incidents. When a
stranger is seen riding on Westlake land, the whole of Kelsham is thrown
into a frenzy of curiosity....


Margaret Mounsdon AN ACT OF LOVE
Thorpe
£8.99
When Abbie Rogers decides to invertiew glamorous actress Diana LaTrobe in a
quest to find out why she gave her father a diamond brooch, she unearths a
family secret that will changer her life forever.

Susan Palmquist A THIEF TOO MANY (Regency Historical)
Noble Romance
January 24th, 2011
Sasha and Philip both have the same goal; recovering the necklaces stolen
during a game of cards but eventually discover they need something more
valuable in life...each other.
Posted by Unknown at 6:52 AM