We are delighted to welcome Angela Britnell today to tell us about her latest book and a few things we may not have known about Cornwall.

Angela grew up in Cornwall and met her husband Richard, a US Naval Officer, while serving with the WRNS in Denmark. After multiple moves and having three sons they settled in Nashville, Tennessee where a creative writing class awakened her passion for writing. Since that she’s had short stories published, several pocket novels with DC Thomson and eight contemporary romance novels. Her latest ‘Celtic Love Knot’ was recently published by Choc Lit.


Can two tangled lives make a love knot? Lanyon Tremayne is the outcast of his small Cornish village of St. Agnes. Susceptible to fits of temper and with a chequered past behind him, he could even be described as a bit of an ogre. But nobody knows the painful secret he hides.
Olivia Harding has learnt a thing or two about ogres. She’s a professor from Tennessee, specialising in Celtic mythology and has come to St. Agnes to research the legend of a Cornish giant – and to lay to rest a couple of painful secrets of her own. But when Olivia meets the ruggedly handsome Lanyon, her trip to Cornwall looks set to become even more interesting. Will she get through to the man beneath the bad-tempered façade, or is Lanyon fated to be the ‘ogre’ of St. Agnes forever 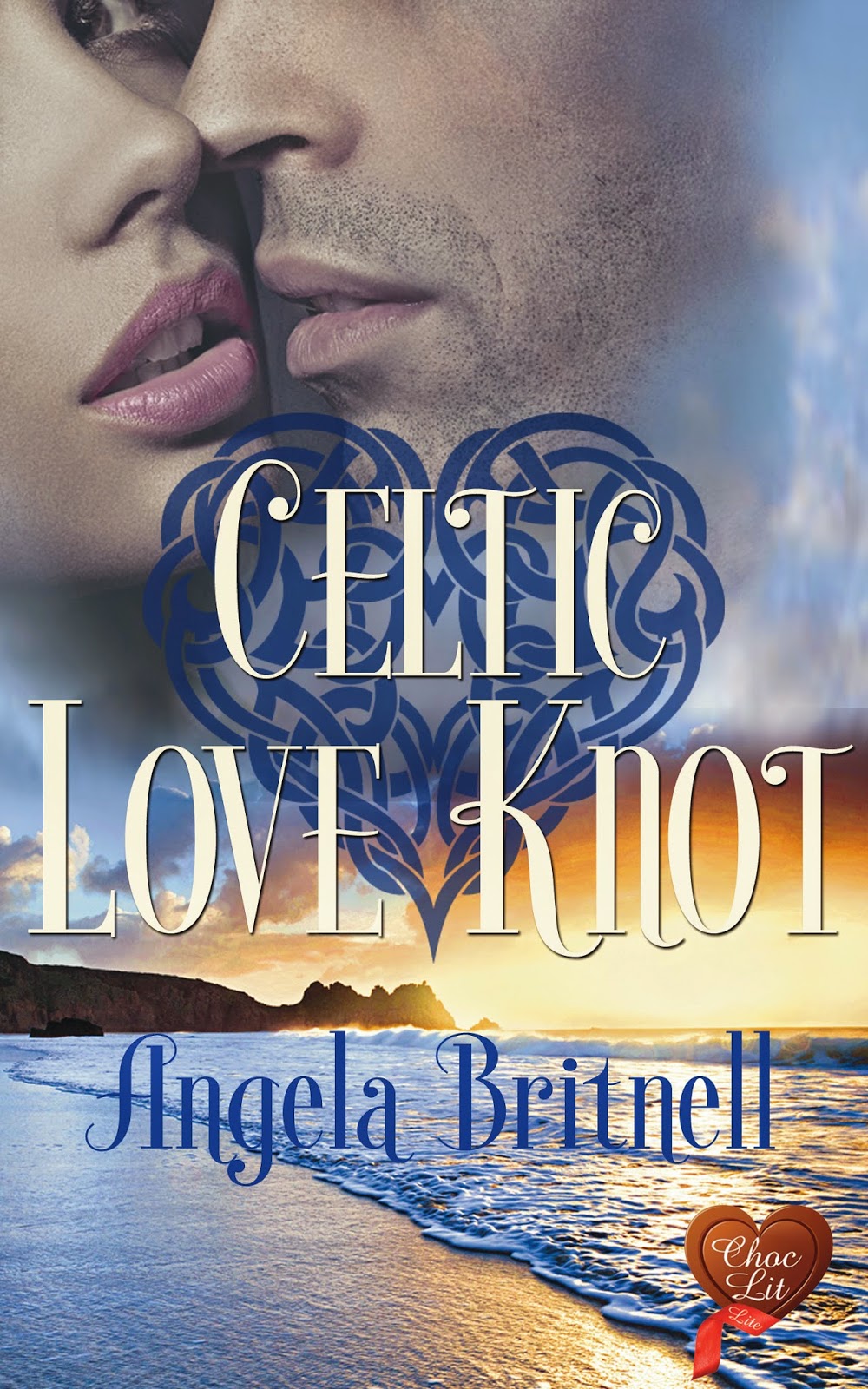 I’m sure we’ve all heard the ongoing discussions about whether authors should primarily write about what they know and having grown up in Cornwall I freely admit it’s been the inspiration for many of my stories. It was only when I was writing my new contemporary romance ‘Celtic Love Knot’ that I discovered how little I really did know!

I must confess that I don’t plot and at the most have a vague idea of my main characters when I sit down and start to write. When I started the first draft of ‘Celtic Love Knot’ Olivia Harding soon revealed that she was a Celtic mythology professor from Nashville, Tennessee heading to do research in Cornwall around the St. Agnes area where my hero, Lanyon Tremayne, lives. I’d visited St. Agnes several times so that wasn’t a problem but my knowledge of Celtic mythology would have fitted on the proverbial head of a pin. I immediately delved into a lot of research and as Lanyon is a physically big man came up with the idea to link him with the legends of the Cornish giants. I had vague memories of hearing about the giant at St. Michael’s Mount but the existence of any others was a complete mystery to me. If you’re interested in reading a little more you can check out one of the sites I used here.

The story that particularly caught my imagination was of a giant called Bolster. He was supposed to have terrorised the local people until the brave St. Agnes outsmarted him causing his death. I became increasingly fascinated by the story and the way in which it’s still celebrated in the local community today. Its place in my book crystallized when I discovered a You-Tube video of the annual Bolster Festival held every May in St. Agnes. The story is re-enacted and culminates on the cliffs where Bolster is reputed to have died. Here’s a link to this fascinating video. Going to see this is definitely on my list of things to do!

Lanyon Tremayne’s links with the festival begin in his childhood when he takes part in the pageant along with his brother. Circumstances conspire to make him something of an outcast in the community until Olivia arrives and challenges him to find a way to change both his own and other people’s perceptions of himself. His re-involvement with the village and the Bolster Festival are interwoven with Lanyon and Olivia’s growing relationship until the two stories merge in a fascinating and unexpected way. It was totally unexpected to me anyway!

‘Celtic Love Knot’ became more than a ‘normal’ book as I discovered so many things I should’ve known about Cornwall and its rich history but didn’t! This story proved to me that writing what you know is often maligned as being an easy option which can be a million miles from the truth. Instead it can be an open door to even more interesting stories.

This blog is brought to you by Elaine Everest and Natalie Kleinman. If you would like to write about the craft of writing or perhaps be interviewed about your writing life please contact us at elaineeverest@aol.com

Thanks for having me here today!

I'm always amazed by what I discover when I start researching things I used to think I already knew...

Folklore is fascinating. I love learning about the areas dear to my heart. Felt a little sorry for poor Bolster ...

I agree, Margaret, and it's part of the joy of writing. Love Laura's sympathy for Bolster :)

This all sounds so intriguing. Celtic folklore - how can I resist? It sounds perfect to curl up with during the coming winter nights, Angela and I shall look forward to it.

Hope you enjoy it Margaret - it's been one of my favourite books to write.

Really inspiring to read about your research, Angela. I completely agree with Margaret about the appeal of Celtic folklore!

Thanks, Clare, it really drew me in and made me realize how little I knew!

I've always regretted not getting down to Cornwall when I lived in Britain. Your book will be able to transport me there :) . Off to watch the video now.

I hope it does the trick, Zana! The video fascinated me and I couldn't believe I'd never heard of it before.