Louise Allen: The Confessions of a Pantser

Are you a Pantser or Plotter? This discussion often pops up on the RNA Facebook group. Today Louise Allen explains how she writes her novels.

Thank you for the invitation to the RNA blog.

I’m a pantser by profession – in other words I fly into writing a novel by the seat of my pants, with no 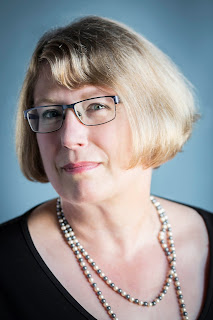 route map, usually two lines of notes in my head and almost certainly with thick fog ahead. It is dangerous (is this book ever going to get finished, let alone by the deadline?), worrying (3am: what the heck is going on?) and full of technical difficulties (how do I maintain pace, for example, when I don’t know what is happening next?). You’d think after 55+ novels that I’d know better.

Why do I do it? Essentially because once I’ve told myself the story then I mentally file that under ‘solved’ and want to get on with spinning the next one, whereas flying into the fog keeps me as intrigued as I hope my readers are going to be.
I always start with a situation and two people in it. How did they get there? Who are they? What are they? Then I’ll start writing. Often I’m hazy about their names, but they usually tell me those by the end of the first 2,000 words. By about 20,000 I begin to know them, understand what makes them tick, recognise the parameters of the situation that they’re in.
By this point I’ve had the equivalent of three or four emergency landings, the undercarriage is getting a bit shaky, one wing is coming loose, the cockpit is in a terrible mess (empty tea mugs everywhere) and the pilot (me) is feeling somewhat queasy. Time to go back to the beginning and revise with my new knowledge of who these people are, my understanding of what their issues are and what the conflicts, internal and external, might be. A spreadsheet emerges with a timeline and character details and the names of everyone so far and the chunks of text in red where I did not stop to do research get turned black.
Phew. Off I go again, this time keeping the spreadsheet updated as I write. I still don’t know where we’re going, but I do know who is going there and why, which is a huge help.
50K in and a vague landscape is beginning to emerge from the fog, so time to land again for more revision. That can be quite drastic – I have just realised that at 57K (out of a projected finished length of 75K) a large chunk of my hero’s backstory was making him look decidedly unheroic. Problems and issues are one thing, but he was coming over as weak, which was absolutely not what I had intended. Back I go and sort him out.
By now I know my characters inside out. I know and understand the conflict, the story has structure – Brilliant, I tell myself, brewing more tea. Only problem is, I have no idea how it is going to resolve itself. This is the point where the 3am panic is liable to set in, the moment when I have to tell myself firmly that the previous 58 novels found their ending, so this one will too. (The memory of the one where I had no idea how it would end until halfway through the final chapter still haunts me. I was starting to feel like Nanny Ogg in Terry Pratchett’s wonderful Discworld novels – she was the witch who could start to spell any word, but had no idea how to stop.)
Finally I work it out, or rather, I assume that my subconscious does, but I try very hard not to poke about in that for fear of what I might disturb. By some miracle that resolution always occurs at about 75,000 words – and don’t ask me how I do that, because I have no idea. I can only assume my subconscious has some kind of internal pacemaker. Then it is time to revise, but, thanks to the number of times I have stopped and gone back, I am working from something closer to a third than a first draft.
There have been books where I had to plot to a certain extent – when I’ve been working with other authors on continuities and series, for example, or where a novel follows an actual historical timeline very closely – but I’m not comfortable with it and the spreadsheet comes into play to maintain continuity rather than for any character or conflict development.
My long-suffering editors have, over the years, learned that it is pointless asking me for a synopsis. Either they receive a very short work of fiction bearing no relationship to the final product or they get a lot of arm-waving and err-ing and umm-ing. On one occasion, pushed to provide at least an outline for a novella set in the early 19thc Middle East, I said, ‘There’ll be an oasis and palm trees and…and… Oh, insert camel here!’ The contract came back for a novella entitled ‘Insert Camel Here.’ (It eventually became Desert Rake.)

Would I recommend my method (or lack of it) to anyone else? Definitely not, because it can be exceedingly stressful, although I know other pantsers, all of whom have their own successful technique. I certainly couldn’t teach it because I don’t understand how it works myself, although recently, writing An Earl Out of Time, I realised that what I was doing was building up layers, like creating an onion from the outside in. With that book I not only had to write an historical romance, which was familiar ground, but also puzzle out how to make a timeslip work and add a mystery. Discovering what I was doing with that book has not made the work-in-progress any easier, however, although I’m glad to report that the hero’s backstory is now sorted.

PS I do plot my non-fiction!

Louise Allen is the author of over 55 historical novels published by Harlequin Mills & Boon and, independently, of romantic historical mysteries (Loving the Lost Duke) and timeslip mysteries (An Earl Out of Time). She also writes accessible historical non-fiction, including Walking Jane Austen’s London and The Georgian Seaside. Virtually all her books are set in her favourite ‘Long Regency’ period and she can’t bear to think of her heroes getting older and growing Victorian side whiskers.

Louise lives on the North Norfolk coast with her exceptionally long-suffering husband who has learned to keep a straight face when asked if he is the inspiration for all her heroes.
Her next novel, due out in August, is Marrying His Cinderella Countess.

Thank you so much, Louise.

How do you write your novels? We’d love to know. Please leave a comment in the box below.

Want to write for the RNA blog? Contact us on elaineeverest@aol.com

I see so much of myself in this it's scary! The one time I attempted to plot resulted in a single page of rough ideas that ended up bearing no resemblance to the eventual story so a waste of time and anxiety.

Ditto, Louise and Angela. It is scary, but (sorry) nice to know I'm experiencing the same kind of writing turmoil as other authors out there.

There's no right or wrong way to go about writing is what I've found - all there is, is what works for you!

I began as a plotter, always finding the plot changed as I wrote and I had to keep revising the plot, never mind the story. Somewhere along the line I jumped off the cliff and turned into a pantser. Now I have no idea what's going to happen when I start and just write my way into it. But I do like my h/h names to be sorted, so I have a start-off cast list which builds up as I go - a bit like your spreadsheet only I do it on a document in my Alphasmart. Doc 8 is the bible that gets added to. I can also jot down plot points I happen to think of, even if I don't end up using them.
I've got used to it now and just carry on, hoping inspiration will get me through, which it usually does, thank goodness.-

I love your "Insert Camel Here" story. Nice to start the day off with a laugh. I'm also a panser, but sometimes wish I weren't when faced with the last four chapters full of loose ends to mop up!

Janet - there was also the time when I wrote a novel with a Visigoth hero and was struggling to come up with a name (Visigoths tended towards names like Norbert..)I jokingly told my editor that I was thinking of calling him Gonad the Barbarian (with a Roman heroine called Viagra)and the contract came back for "Gonad the Barbarian". He ended up as Wulfic, thankfully.

At last! I don't feel weird anymore! Maybe I can stop beating myself up for the method I use to write and just let it flow. I so relate to this, especially wanting to move on when I've told myself the story. Thank you for the post! Mx

Interesting that no Plotters are responding!

Thank you for the great piece, Louise. I can hold my hand up and say that I am a plotter.