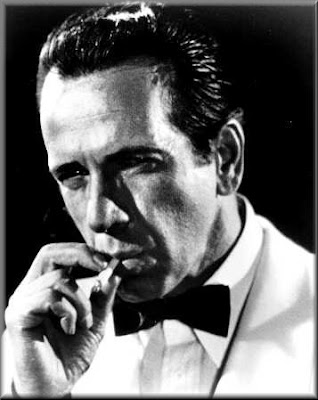 This is my famous -- make that infamous -- first date with the best beloved. Obviously I haven't spoiled a good story by telling the truth, but I didn't make it all up, either! We’ve been married for 38 years.

Liz was late. She very nearly hadn’t come at all. Despite the fact that the annual Cinema Club Ball was the social highlight of the year, a blind-date was always a risk. But the manner of the invitation had been intriguing; a double ticket to the Ball, torn in half, and one half delivered to her by messenger suggested a man with imagination, passion.

A man of mystery.

And she was a sucker for a mystery.

She glanced again at the torn card she was holding, the part that said, “The St Valentine’s...”

Someone had written “9 pm” in bold script across the corner. You could tell a lot about a man from his handwriting. This said ... strong, purposeful, determined.

But who was he?

She’d spent all week trying to figure out who could possibly have sent it. Who had the other half? The piece that said, “...Day Massacre Ball”?

She paused in the entrance to the Ballroom. The only lighting came from the strobe effect of the film projected against the walls, giving momentary glimpses of faces, features flattened out by monotone images making them hard to recognise. And the clothes didn’t help.

Everyone had taken the 1920s Chicago theme to heart. The girls were shimmying to the Charleston in their beaded flapper dresses, the men were anonymous, almost unrecognisable in gangster-era suits, their faces shaded by wide-brimmed hats.

Touching the band around her own forehead a little self-consciously, she peered into the flickering darkness.

She still had time to cut and run, but even as she took an uncertain step back, a man’s arm reached out of the darkness, placing the matching piece of the ticket against the one she was holding. The hand that had written “9 pm”, matched the script. Strong...

‘I knew you’d come, doll,’ a voice, pure Humphrey Bogart, drawled out of the gloom, breaking into the thought and she looked up.

For a moment she didn’t recognise the figure in the pinstriped suit, fedora pulled down at a rakish angle. Then the light caught his face. It was vaguely familiar. She’d noticed him at a recent club meeting. John something....

Despite the pitch-perfect Bogie impression and darkly, handsome looks, her date didn’t quite match the actor’s dangerous aura. But then who could? And heck, it could have been a whole lot worse.

He could have been Edward G Robinson. 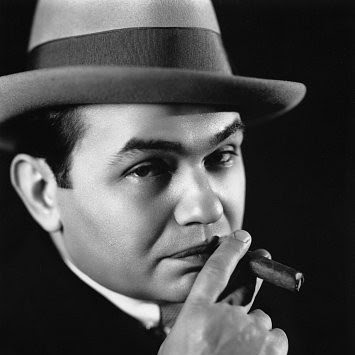 Liz’s book THE SHEIKH’S GUARDED HEART is republished this month in the LORDS OF THE DESERT anthology, along with stories by Susan Stephens and Alexandra Sellers. 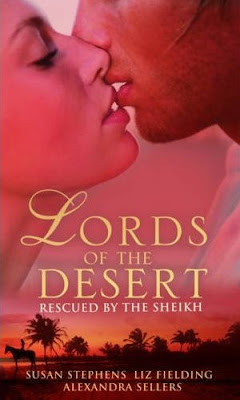 Lucy Forrester has just discovered that the man she trusted has run up huge debts on her credit cards, fraudulently borrowed large sums of money against the house she’s inherited and that far from having an exciting new life with him, he’s disappeared leaving her broke. And then it gets really bad...

And honestly, most of it is true. The Cinema Club, the St Valentine's Day Massacre Ball, the torn ticket and the dh. I might have exaggerated about the hat :)

Hi,
That's really a nice read. I found your blog very entertaining. At our company, we are planning to throw a Valentine's day party this Friday, though we are a little late but hope to have a nice get together for our staff as well as share holders. I am checking sites for some out-of-the-box ideas. Any suggestions...?
Thank you!

What a great (true) story Liz! It's made me go all gooey. Caroline x

Thanks, Katie :) I hope you have a really great get-together. I'm not great at party ideas, but maybe a movie theme would be fun. Perhaps stick with the romantic ones, though!

Thanks, Caroline. I hope you had a fabulous day.