Born in Singapore of a Dutch-South African father and an English mother, Mary came to England when she was three. She says that her father, like many who learn English as a second language, was far more precise in its use than many English people and he would have no sloppiness, either spoken or written. She puts her love of the language down to him. He was also a great reader and there were always books in the house, so that she learned to read at a very early age. By the time she was nine or ten her one ambition was to be a famous writer. So tell us, Mary, how did you get published, and did you have any rejections before getting that exciting call? 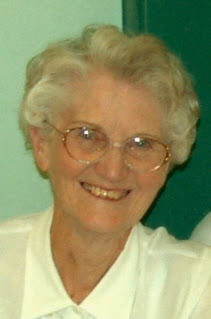 I had loads and loads of rejections, mostly accompanied by a letter telling me where I had gone wrong. RNA members won’t be surprised at the number of ways you can go wrong, but I seem to have tried them all. But I learned from them as I have a reputation in the family for being obstinate. I prefer to call it perseverance. One of my friends once said to me: ‘Mary, you don’t know when you’re beat.’ My perseverance paid off in 1981 when I sold my first book to Robert Hale. Over fifty published books later, I’m still learning.


Do you have to juggle writing with the day job? What is your work schedule?
Being a pensioner, I no longer have a day job but I do have to care for an invalid husband, so my time at the computer is precious. I try and squeeze in a little time in the mornings, but that is usually what I call admin, answering emails, keeping accounts up to date, ditto my website, proof-reading, promo etc. My new writing is done from two until six in the afternoon, when I try to produce at least a thousand words.

To plot or not to plot? Are you a planner or do you just dive in?
I’m a planner. I start with an idea which usually includes the background or a particular historical event, then work on the characters until they are so firmly fixed in my head they become real people to me. Then I work on a synopsis and follow this with a detailed plot before I start writing. By chapter three or four, the characters have taken over and are going off on their own and introducing new ideas. It usually happens in the middle of a dialogue and I find myself saying, ‘Now, why on earth did he (or she) say that?’ I hadn’t planned it and then I have to decide whether to let them go or haul them back into line. I usually go with the flow. In my head, they are real people and they are acting and speaking in character, so forcing them back doesn’t work. I keep the original premise and ending in mind though.

What do you think an editor is looking for in a good novel?
Readability, in other words the ability to keep the reader turning the pages and caring about the outcome for the characters.

How do you relax? What interests do you have other than writing?
I play golf, not so well as I did which is frustrating, but I enjoy it. Until recently I went to the gym two or three times a week, but that went by the board last year when I had pneumonia and I haven’t taken it up again. I walk as much as I can though.

What advice would you give a new writer?
Read, read and read some more, especially the genre you are interested in. And don’t give up.

What draws you to your particular genre? Are you a specialist or do you have another identity? 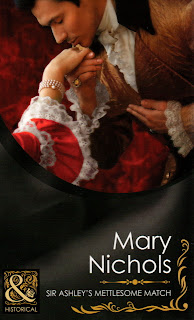 I write for two publishers; Mills & Boon historical and family sagas for Allison and Busby. They are very different and I enjoy writing both. I’ve also written a biography of my grandmother, which was a labour of love but which has done very well for me.

Do you enjoy writing sequels or series? If so, what is the special appeal for you?
Yes, I do when writing for Mills & Boon, because sometimes a minor character in one book is strong enough to need a story of their own. And sometimes a background lends itself to more than one book. I found this with my Piccadilly Gentleman’s Club series, about a group of gentleman who go about solving crime in Georgian society. Each book is about one member of the Club dealing with a specific crime and finding love along the way. The research was great fun. The sagas, so far, have been one-offs but who knows?

Do you ever suffer from writer’s block? If so, how do you cope with it?
Oh, do I! It usually comes in the middle of the book. I’ve gone rattling along and suddenly come to a full stop and have a crisis of confidence that it’s just not going to work. I find it does no good sitting over it, I have to walk away and do something else. Having a long soak in the bath usually helps.

In what way has the RNA helped you or your career?
The RNA has certainly helped me personally. Writing is a lonely business, you are writing in a kind of vacuum and it’s lovely to meet others in the same boat, who can understand the ups and downs. I’ve made many staunch friends through my membership and would not want to be without them. And of course being long listed for The Summer House and short-listed for the Love Story of the Year with The Captain’s Mysterious Lady this year was exciting and cannot have done my career any harm at all. Tell us about your latest book, and how you got the idea for it.
The Kirilov Star, published by Allison and Busby, came out in hardback in April this year. It had been in the back of my mind for some time, ever since the Russians admitted they had found the bodies of the Tsar and his family murdered in 1918. I had read of the Grand Duchess Anastasia surviving (which has since been disproved) and also read and loved Dr Zhivago and many other books about the Russian Revolution. Lydia is four years old and the only survivor of her aristocratic family when they try to flee the civil war. Too traumatised to speak she is adopted by an English diplomat and grows up in England. But the pull of her roots is strong and that forms the basis for the story. It is, of course, a romance.

I also have a new Regency for Mills & Boon, called Winning the War Hero’s Heart, coming out in October. The heroine for this is a feisty, independent woman who inherits a provincial newspaper and runs foul of the local aristocracy because of her outspokenness.


Mary Nichols, who joined the RNA in the sixties, began her writing career with articles and short stories before turning to novels. After writing ten for Robert Hale between 1981 and 1985, she went on to write historical romance for Mills & Boon. Mary also writes family sagas for Allison and Busby. The Summer House published in 2009 was long-listed for the RNA’s Romantic Novel of the Year Award. The Fountain came out in 2010 and The Kirilov Star this April.

Mary is also the author of The Mother of Necton, a biography of her grandmother who was a village nurse and midwife from the early years of the 20th century until the formation of the National Health Service in 1948.

You can learn more by visiting her website at: www.marynichols.co.uk

Interviews on the RNA Blog are conducted by Freda Lightfoot and Kate Jackson. If you would like an interview, please contact me at: freda@fredalightfoot.co.uk

What an inspiring interview, Mary! And it's inspiring too that you are still steaming ahead with your writing, even though you're at an age where some people give up producing. Well done, you.

Do keep it up! I thoroughly enjoy your books!

Thanks for the interesting interview and telling us about your writing process.

Really enjoyed reading about you, Mary. Like you I am with HMB and A&B. More power to your elbow, you're an encouragement to us all. Best, June Francis

I am so inspired by that post, Mary, and have great admiration for your output. And I certainly want to read some of your books!

Mary, loved reading about you and your writing process and stories. I enjoyed the Summer House and look forward to adding more to my bookshelf.

Id like to invite you folks to come to Amish Stories for a recipe for "Famous Pennsylvania Dutch Sticky Cinnamon Buns" along with a book signing schedule for Amish fiction writer Wanda Brunstetter for Pennsylvania and Ohio as well as a contest to meet her. I hope everyone so far is having a great weekend. Thanks everyone. Richard from Amish Stories.