Having had several hundred short stories, ten serials and ten novels published, Shirley Wells is finally getting the hang of this writing lark. She’s lived in Orkney, Cyprus and the Cotswolds, and now lives in Lancashire, UK, where the Pennines, with their abundance of great places to hide bodies, provide the inspiration for her popular mystery novels. She shares her home with her husband, two dogs, two cats and any other stray animals that fancy being pampered. So tell us how you sold your first book, Shirley, and if you had any rejections before getting that exciting call? 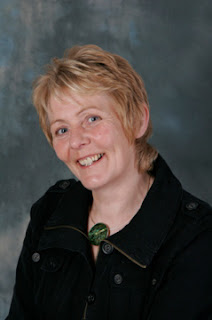 ‘The call’ sounds wonderfully exciting - and I’ve never had one. I’ve had letters and, more recently, emails that I’ve needed to read a dozen times before giving a loud whoop and rushing out to buy champagne, but never a physical call. I’ve never - touching several wooden items here - had a book rejected either. I’ll qualify that last statement by saying it has nothing to do with an amazing talent, but everything to do with the way I started. I began writing short stories for the women’s magazine market and, in those days, I had a lot more rejects than acceptances. It was when I’d had a couple of hundred short stories published that the editor of The People’s Friend asked if I’d like to write a serial. The idea of exchanging 2-3,000 words for 50,000 words and upwards was daunting to say the least, but I struggled through that and ended up writing ten more. They were later published in large print format and I had my first book in my hand. I’d been writing as Shirley Worrall but when I married and became Shirley Wells, I decided the time was right to pen the sort of novels I wanted to write. I’d done contemporary and historical romances, a mystery romance and an erotic novel so I decided to try my hand at a crime novel. When the first one, Into the Shadows, was taken off the slush pile and accepted by Constable & Robinson (by letter!), I’d found my true calling.

Where is your favourite place to work?
My small, untidy and very cluttered study. I share it with two dogs and it’s crammed with stuff that makes me feel good - a display case for the books I’ve had published, plants, photos of family and dogs, research books, a stuffed dog called Dog. It also has a fabulous view of the hills and I can spend hours gazing at sheep and horses while claiming to be working. Do you have to juggle writing with the day job? What is your work schedule? I was lucky enough to give up the day job 20 years ago and, these days, I try to keep office hours. It’s impossible, of course, because I don’t think writers ever switch off, but I do try to escape the desk at evenings and weekends.

To plot or not to plot? Are you a planner or do you just dive in?
My natural style is to dive straight in. I like the freshness and spontaneity than comes from an unknown destination. We don’t live in an ideal world though and, more often than not, I now sign a contract on a very detailed synopsis. Plotting it all out in advance does save me a lot of time, but I’m always open to those flashes of inspiration that come along. I just have to hope my editor is equally open to them.

What is the hardest part of the writing process for you?
Writing a synopsis. I loathe the things. I’ve never mastered the art of delivering something that a) makes sense and b) would entice anyone to read the book.

What do you think an editor is looking for in a good novel?
One of my publishers, Carina Press, has as its tagline: “Where no great story goes untold”. I love that and I still believe that, despite constant claims that certain genres are no longer selling, a good story with strong, interesting characters will sell.

How do you relax? What interests do you have other than writing?
If I’m not writing, I’m reading - anything from fantasy romance to hard-boiled crime. I love to go for long walks in the countryside with my dogs. I’m also a season ticket holder with Burnley Football Club and can be seen on the terraces, rain or shine, taking out my frustrations on short-sighted referees and soaking up the language nuances of the day.

What advice would you give a new writer?
Write. Write every day. I’m always banging on about this but I firmly believe that writing is like a muscle. The more it’s exercised, the stronger it becomes. Reading is important too. Soak up the words. I would also remind new writers to persevere. Write from the heart, write the book you’d love to read, and never lose faith.

Do you ever suffer from writer’s block? If so, how do you cope with it?
Deadlines don’t allow the luxury of writer’s block. There are days when the words don’t flow as freely as I’d like, but I just keep writing in the knowledge that I can edit bad words. I can’t edit a blank page.

In what way has the RNA helped you or your career?
Enormously. I don’t think anyone understands a writer’s lot as well as another writer. I don’t get to as many conferences or parties as I used to or as I’d like to, but I rarely miss the Northern Chapter’s meetings. There is nothing quite so inspiring as talking shop with a bunch of writers. The RNA offers everything we need - support, advice, inspiration and, sometimes, sympathy. The friendships I’ve made thanks to the RNA are priceless.

Are you into social networking, and in what way do you feel it helps your career?
At first, I went into social networking because I thought it was what writers “ought” to do. And I hated it. Now, though, you’ll find me blogging or chatting on Facebook or Twitter because I love it. I’ve made many virtual friends and look upon it as my daily ‘office gossip’ fix. Without doubt, I can attribute a few sales to my online presence but whether it’s helping my career in any big way is difficult to say. I think if people see you constantly peddling your books, they’ll ignore you. If they see you adding something worthwhile or fun to a conversation, they’ll become friends. As friends, they’re more likely to want to read your work. 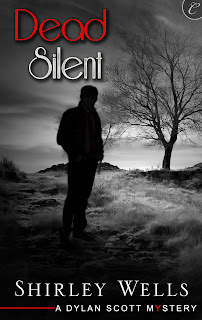 Tell us about your latest book, and how you got the idea for it.
I’d sold the first Dylan Scott mystery, PRESUMED DEAD, and the publisher wanted the second in the series ASAP. The ideas tub was empty so I went out for the day for some retail therapy (if in doubt, buy a new handbag). I was in a coffee shop when I saw a young girl sitting outside with a small, scruffy dog at her feet, and she was eating the biggest cream cake I have ever seen. I was green with envy. I mean, how could she eat that and stay so thin and attractive? She had long, red hair and there was something of the tomboy about her. I looked away briefly, looked back, and she and her dog had vanished. I had a good view of streets in all directions but it was as if she’d vanished off the face of the earth. She became Samantha Hunt, the inspiration for DEAD SILENT.

Ten months ago, Samantha Hunt set off for work… and was never seen again. Despite the statistics of cold cases, Dylan Scott wants to believe the young woman’s alive – and not just because her father, his client, is desperate to find his missing daughter before he dies of cancer. By all accounts Sam was a lovely girl, devoted to her younger stepsisters, well-liked at her work, in love with her boyfriend.

But as usual not everything is as it seems in sleepy Dawson’s Clough. Sam’s boyfriend has a violent past. She may have been having an affair with her boss. And Dylan can’t shake the feeling that her stepfather is hiding something. Meanwhile, someone is trying to scare Dylan off the case. Who wanted to silence Sam, and why? The truth turns out to be worse than anyone expected…

follow her on Twitter or find her on Facebook. Her latest Dylan Scott mystery, DEAD SILENT, is available from Carina Press, Amazon US, Amazon UK, Barnes & Noble and all good e-book retailers.
Posted by Freda Lightfoot at 4:41 PM

A lovely Blog about a fabby writer. I will be downloading Dead Silent having so enjoyed Presued Dead. Great Success Shirley and do sell a few zillions! LOL!

Thanks for the interesting questions and the very best of luck with Dead Silent.

Lovely interview, Shirley. I do envy your view...

Pauline, thanks so much. Delighted that you enjoyed Presumed Dead. Zillions would do nicely.

Debs, thank you. As for the stuffed dog, he's far better trained than the two real ones.

Lesley, thanks. I had the choice of two rooms to work in. One is huge and has lots of space for books, desks, dogs, etc. but has no view. I'm so glad I opted for the small 'room with a view'.

Great to read all about your days, Shirley, and I'm already looking forward to the new book. As you know, I already have my copy. x

Thanks so much, Wendy. Hope you enjoy it!

walking here with a smile.. have a nice day ~ =D

What a lovely interview and I found your writing path inspiring!

Mr Lonely - Glad you have a smile on your face. :)

Rosemary - Thank you. So pleased you enjoyed it!