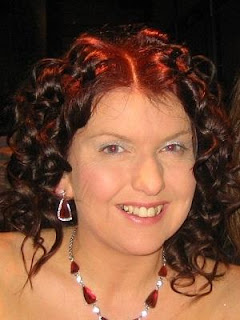 Today we meet Scarlet Wilson, who is a contender for the 2012 Joan Hessayon Award. Many congratulations on your shortlisting, with your debut novel, "It Started with a Pregnancy", Scarlet.

Please tell us about your journey as a writer, how you started, and the excitement of getting that first call.

I started getting serious about writing around three years ago.  I heard about the New Writers Scheme via the blogs of Kate Hardy and Kate Walker and signed up as soon as the 1st January came round.  I went through the New Writers Scheme twice and got some really positive feedback (even though my first attempt was rubbish!)  I won an online pitch for medical romance on eharlequin, then was lucky enough to meet the editor I was working with at the RNA conference in London.  I got the Call on 21 January last year. 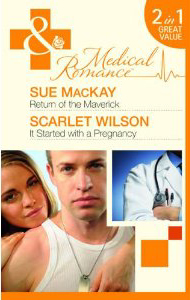 Can you tell us something of your work in progress and how you got the idea for it?

My second and third books were inspired by seeing Michelle Obama on the news and realizing that for the first time in fifty years we had the potential for a white house baby.  My mind started asking a lot of What if? questions at that point.  My fourth book is a Christmas story and my fifth is set on a cruise ship.  Medicals are a lot of fun!

Can you share with us the craft tip that has helped you the most?

Once I’ve finished my book I set up a table that summarises each scene in a sentence.   I find this helps when I get revisions as I can move things around easier and see the impact that any changes will have on the overall story.

Do you have a yearning to write some other type of novel, and if so, what genre would it be?

Yes and no.  I’d like to write a historical medical – probably set in the Wild West.  But I’m not that sure there’s much call for those!

I’d start by thanking the New Writers Scheme and all its readers.  I really feel for the person who read my first attempt at a manuscript and decided on the best way to try and give positive feedback.  She succeeded, but I’m working on the assumption it was a difficult job!
Who is your favourite hero?

It probably goes against being a writer but I’m quite a visual person when it comes to heroes.  I think my favourite is ingrained from my childhood and was Harrison Ford as Indiana Jones in Raiders of the Lost Ark.  I would be the girl in the class that had written LOVE YOU on her eyelids!

What was your most embarrassing moment at an RNA event?

I’ve been to two RNA conferences so far and been badly behaved at them both.  My fellow Mills and Boon authors are the worse culprits.  Anne Fraser led me astray at my first and India Grey, Natalie Rivers and Fiona Harper at my second.  There might have been a chocolate stealing incident at 1am at the second but my lips are sealed.

If you could reincarnate yourself as some other author, who would it be?

Enid Blyton every time. (Although I know she was supposed to be difficult in real life). I loved her books as a child and even though they seem terribly dated now I’m still envious of the woman who dreamed up the Faraway Tree.

How does chocolate help you in your writing?

Chocolate is a staple part of life. Being diabetic since childhood can make this tricky as I can’t sit down and eat a box of Milk Tray the way I’d like to.  However, after thirty-one years I’m an expert at tweaking insulin depending on what I’m eating and my level of activity, so a little bit often works fine for me.

What is most likely to stop you from writing?

Time and children.  I don’t have enough hours in the day.  I work full-time and my two young sons have activities every night of the week.  I’ve become quite an expert at capturing 1000 words every day in my half hour lunch break.  I always know what I’m sitting down to write and if I need to do research I’ve done it the night before.  It works well for me and keeps me on track. 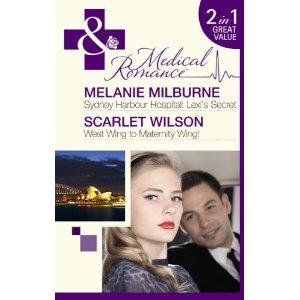 Famous neonatologist Lincoln Adams is looking after the President's newborn daughter when nurse Amy Carson arrives at the hospital, posing as his very pregnant wife!  Amy's had first-hand experience of Linc's skilful hands and he's the only person she trusts to look after her precious cargo, but trusting him with her fragile heart is another matter...

Thank you talking to us Scarlet, we wish you continuing success with your books. Good luck with the Joan Hessayon Award on May 17th.

To find out more about Scarlet and her work visit her website at  www.scarlet-wilson.com
Posted by Rosie Hendry at 9:30 AM

Email ThisBlogThis!Share to TwitterShare to FacebookShare to Pinterest
Labels: It Started With A Pregnancy, Scarlet Wilson, West Wing to Maternity Wing

Hi Scarlet
Loved the interview - especially the 'What ifs' that led to the latest book.

Many thanks Evonne, hope to meet you at the Summer Party and good luck for the awards!

Having read one of Scarlet's books recently I found this interview particularly interesting. Good Luck with the award I think you have great potential as an author Scarlet.

Many thanks for your kind words LindyLou!

I love that title - no doubt a take on where it should have started! (with a kiss!)

Do you really like it? I wasn't so sure. Loved the title for my third book though West Wing to Maternity Wing! it was much better than the one I was using!

Great interview Scarlett. I love you table - one line sentences to keep you on track is a brilliant idea! Good luck with the new book - I'm going to download it onto my Kindle asap! Caroline x p.s good luck with the JH award too.