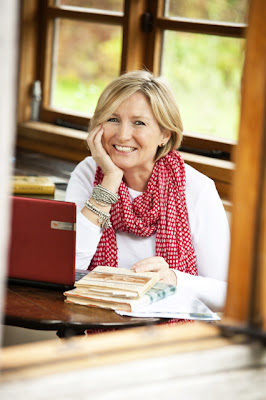 Just two days away from the announcement of the 2012 winner of the Joan Hessayon Award at the Summer Party, I’m delighted to welcome contender for this year’s award, Liz Fenwick. Many congratulations on your short listing, with your debut novel, The Cornish House, Liz.

Please tell us about your book, and what inspired you to write it.

The Cornish House tells tells the story of a 38 year old widow and her 15 year old step-daughter as they try and  rebuild their lives in an inherited Cornish manor house that is filled with secrets.


The Cornish House had three key triggers. The first was the house which I fell in love with years ago. The second was the hero, Mark. He was a love interest in August Rock - a book I’d written previously that I’m now rewriting as my second book for Orion. He wouldn’t leave me alone until I told his story. The third was due to a visiting teenager. This teen was in that bubble when they see only their needs and their point of view….

How long have been a member of the RNA, and in what way has the organisation been of benefit to you?

I joined the RNA in 2005 and I know I wouldn’t have a book coming out in May 2012 if I hadn’t had the support of the friends I’ve made in the RNA. They have held my hand, poured tea and wine, fed me chocolate, listened to me rant, but mostly they believed that I could do it! The NWS provided brilliant manuscript feedback. The parties and conferences offered networking opportunities. 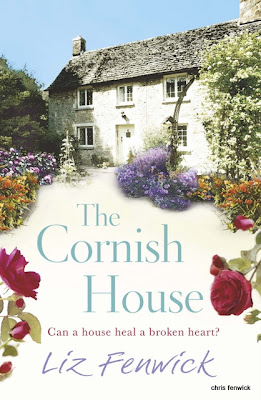 Writing is my day job but I juggle it around a life in three places – Dubai, London and Cornwall. Because of that I don’t have a special schedule, but normally I warm up my brain by doing emails and a bit of Twitter first thing then spend a few hours writing or editing depending on which phase I am in. At lunch I read blogs, Facebook, twitter and newspapers on line. After lunch I work on promotion and general life organization. I find I flag mid-afternoon and this is when I exercise to avoid writer’s bottom. I try and squeeze in a bit more writing before dinner. Evenings are spent reading and watching tv….

First and foremost only do what you are comfortable with. Second is to have fun with it. Time is precious so if you don’t enjoy it - then don’t do it because it will show. Third social networking is about promotion, but not in a direct way especially on Twitter. Twitter is about conversation and ones hopes that in the ‘real’ world people don’t continually shout buy my book in your face five times in two minutes. You need to respect your followers as friends and not as consumers. Facebook is a bit more static and on author pages which exist for promotion you can list interviews, reviews and so on. Finally blogs…they need to be interesting and again not ‘buy my book.’ In the three mentioned social media areas always be friendly, generous and avoid confrontation.

I usually begin with the title. This is what seems to crystalize all the material in my head into a workable idea. The title allows me to pull pieces of information I sometimes don’t realize I’ve been hoarding out of the corners of mind. With that in place I usually begin knowing only my heroine’s name, the setting, a few keys scenes and the ending.

Do your books involve research, and how do you set about it?

Yes, they do but I normally don’t know what it will be before I begin. My first draft is filled with notes to myself reminding me I need to find out more information. I tried doing the research beforehand and discovered although interesting I never needed any of it. So now I generally do my digging post draft one and this usually helps me develop the plot a bit more as I rewrite/edit in the subsequent drafts. 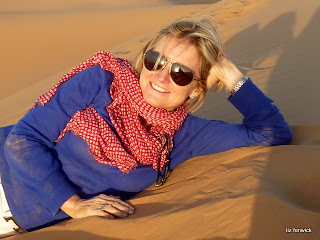 The first vote of thanks must go to my family. But the RNA and the NWS are right up there with them. There have been many RNA members who have been generous with their time and their wisdom as well as giving me a swift kick up the backside if I wallowed too long. I won’t list them but I hope they know who they are. It is a huge sadness to me that I can’t say thank you again to Penny Jordan for her quiet support and her amazing belief that I could do it. She seemed to sense when I was hitting one of those ‘I’m not good enough’ moments (frequently) and an email would appear to encourage me to hang in there and keep writing.

Does your dog or cat help with the writing?

My cats are terrible pests when I’m working but they are lovely company. Why do they love walking on the keyboard?

Do you work with the door locked?

How does chocolate help you in your writing?

THE CORNISH HOUSE available from Orion May 2012
When Maddie inherits a house in Cornwall after the death of her husband, she hopes it will be the fresh start she and her step-daughter Hannah desperately need. As they pull at the seams of Trevenen's past, the house reveals secrets that have lain hidden for generations. Can a house heal a broken heart?

Thank you for talking to us Liz. We wish you every success with The Cornish House and good luck with the Joan Hessayon Award.

This is the last in the series of interviews featuring the contenders for the 2012 Joan Hessayon New Writer’s Award. Thank you to everyone who’s taken part and the best of luck to you all on May 17th. There can only be one winner of the actual award, but you are all winners for persevering with your writing and becoming published authors.
Posted by Rosie Hendry at 9:30 AM

See you on Thursday!

So well done, Liz - I'm delighted for your success.

What a lovely interview. Good luck for Thursday. :-) x

Thanks Evonne - not long now!

Chris - thank you so much x

Good luck Liz. Looking forward to seeing you on Thursday!

Thanks Scarlet! See you Thursday!!

Great interview Liz and interesting re your point on research. Best of luck on Thursday!

Anita - As I'm not writing historical fiction I have the ease of being able to do my research post writing...and thanks for the luck.

I wish I could be there on Thursday and know I'll be missing a great evening.

A wonderful, frank interview, Liz! Best of luck on Thursday. I'm looking forward to holding my copy of The Cornish House when it's out.
Hx

Hope to be able to raise a glass to your success. Gilli x

Great interview - love the sound of that book! Wishing all the best in the awards.

Lots of luck, Liz. That book will fly off the shelves.

Thanks Gilli, Rosemary and Susan!!!

I completely agree with you about chocolate! My cat isn't a pest when I am writing though because he is usually too busy squaring up to young toms and trying to pretend he isn't old. *sigh*

DJ - you are lucky with your cat then...maybe it's because of the mine prefer the air con!