History and Love with Jenny Barden

History and Love – how can we ever unravel the truth?

Today we welcome Jenny Barden who has written about love in historical fiction.

The historical records provide evidence of events about which we are certain, but what of the feelings of those who lived long ago – how can we know how they experienced love? Consider attitudes in the Elizabethen era, when women were typically under the complete control of men, could not own property or trade (except in widowhood), and could not even protest if their husbands beat them because that was legal and expected in cases of disobedience. Women were inferior to men so how could they be loved as equals?
Shall I compare thee to a summer’s day? Shakespeare wrote of his lover, Thou art more lovely and more temperate. In language that has resonated through time with the power of his feeling we all know how the sonnet ends:
So long as men can breathe, or eyes can see,
So long lives this, and this gives life to thee.
The words are beautiful, but it is Shakespeare’s mastery with his pen that gives his lover immortality. In this, he possesses her absolutely. 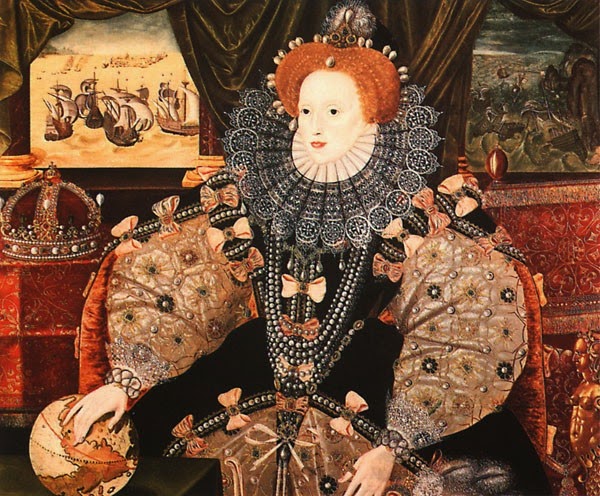 For historical novelists the recreation of emotion poses a dilemma. We want to accurately reflect the attitudes and mind-sets of the past, to make our characters convincing in terms of being true to their age, but we also want to show them experiencing emotion in a way that we can identify with in the here and now. They have to be empathetic to modern readers. How accurately can we conjure up the passion in relationships that flowered long ago? Is it possible to do this simply by transposing how we might feel now in similar circumstances within the framework of what actually happened according to historical sources?The difficulty is that while there are many accounts that deal with incident in time and place, there are few that document emotion, particularly genuine expressions of love. There is a wealth of Elizabethan love poetry, not least because declarations of love in rhyming couplets were expected of every gentleman of the time, but relatively little was written by women, and the stylised poetry that formed a conventional facet of courtship may well have had more to do with the idea of love than the reality.
Did Elizabeth I really love François, Duc de Anjou, when she wrote: 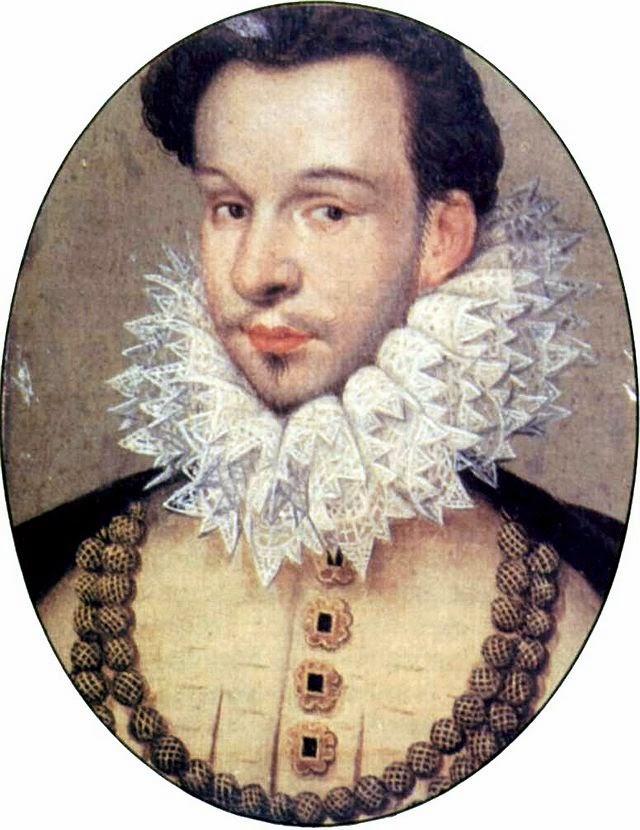 …I am, and not; I freeze and yet am burned,
Since from myself another self I turned.
My care is like my shadow in the sun --
Follows me flying, flies when I pursue it,
Stands, and lies by me, doth what I have done;
His too familiar care doth make me rue it.
No means I find to rid him from my breast,
Till by the end of things it be suppressed...


The lyricism is captivating, and there will be a part of any sensitive modern reader wanting to believe that Elizabeth was heartbroken when the young Frenchman, who had steadfastly courted her for three years, left England for the last time. But Elizabeth was playing a clever game of political expediency by encouraging the courtship of her ‘frog’ as she affectionately called him. For as long as the heir to the French throne was courting her, France would not ally with Spain to England’s disadvantage.


As Elizabeth approached her fifties she may well have dallied with the idea of sharing a bed with a man, then in his mid-twenties, who had declared her to be the object of his infatuation. But it was more fantasy than substance. Most historians consider the poem to be a sophisticated conceit, on a par with the £30,000 paid to the departing duke to sweeten his leave-taking along with bills for £20,000 more. Pricking the fiction of her love came at a price.

Yet within the measured lines of Elizabeth’s poem is there real feeling showing through; a deep sadness for the loss of a kind admirer; a recognition that she would never find fulfilment as a mother; a cry from a soul unable ever to commit to passion? ‘I freeze, and yet I burn.’
Perhaps the Elizabethans experienced love far more intensely than most of us do now, in the way that love is often heightened in wartime by stark confrontation with the fragility of life. For the Elizabethans, life was often harsh, cut short by unexplained illness, afflicted by conflict and vagaries of fortune. Perhaps they became inured to tragedy, or perhaps they loved with a depth of feeling we can only guess at in looking back.
Towards the end of Elizabeth’s reign, John Donne wrote The Good-Morrow in which his love transcends reality and makes the world seem like a dream. 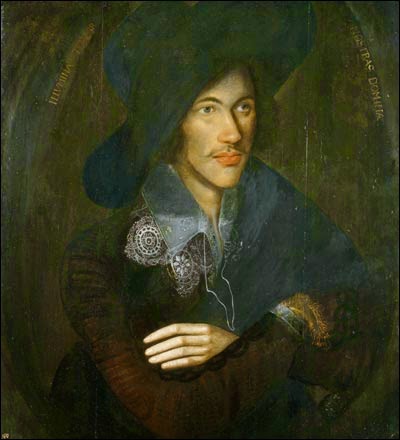 …And now good-morrow to our waking souls,
Which watch not one another out of fear;
For love all love of other sights controls,
And makes one little room an everywhere.
Let sea-discoverers to new worlds have gone;
Let maps to other, worlds on worlds have shown;
Let us possess one world; each hath one, and is one.
My face in thine eye, thine in mine appears,
And true plain hearts do in the faces rest;
Where can we find two better hemispheres
Without sharp north, without declining west?...

The subject may well be Anne More who John Donne married in secret, leading to his ruin, imprisonment and penury at an early age, before he began a new career in the church. Anne died in childbirth with their twelfth or thirteenth child leaving Donne ‘by grief made wordless’. In The Good-Morrow he wishes only to be close to his love and the room around them becomes a universe beyond which all the drama of intrepid voyages to far-flung lands is insignificant. There’s little evidence here of the commonly held view at the time that men were the God-placed superiors of women who were born weak, unstable, incapable of higher levels of thought, and were typically: ‘lascivious, crafty, whoorish, theevish and knavish.’
When men and women travelled together to the
New World intent on founding the first English
colony in America could they have loved as deeply
as Donne’s poetry suggests? We cannot know for
certain; the records deal only with their names and
the events of the voyage. But perhaps they did.
When Elizabeth locked herself in her room for days
following the death of Robert Dudley, Earl of
Leicester, was she distraught at the loss of the only
man she had ever truly loved or merely seeking
some privacy? Perhaps the words on the letter she
kept in her bedside treasure box for the rest of her life tells us all we need to know: ‘His last letter’.


Quotes are from: Shakespeare’s Sonnet XVIII; On Monsieur’s Departure (1581), reputed to be by Elizabeth I; The Good-Morrow by John Donne (c1592-5); and from Joseph Swetman in The Arraignment of Lewd, Idle, Froward and Unconstant Women (1617) 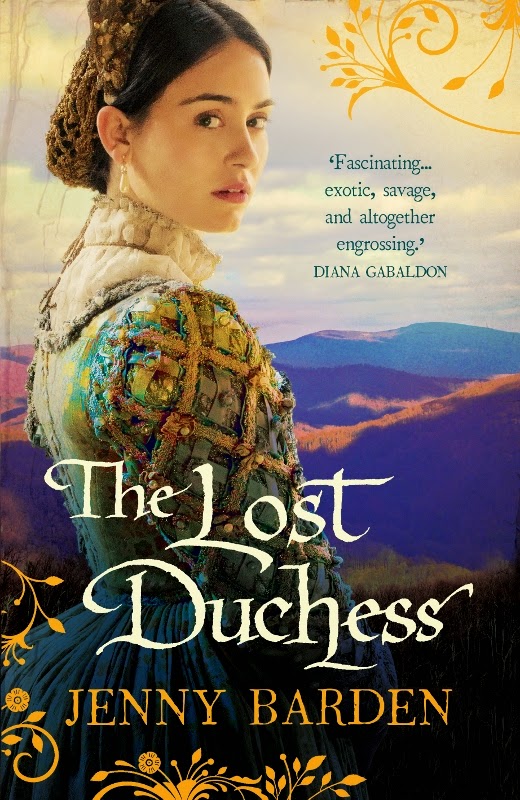 Jenny Barden’s latest book The Lost Duchess has just been released in paperback by Ebury Press. It features a love story at the heart of the mystery surrounding the Lost Colony of Roanoke and the first attempt to found an English settlement in America.
More about Jenny can be found on her website: http://www.jennybarden.com/ on facebook at jennybardenauthor or on twitter @jennywilldoit
Thank you, Jenny for this most informative article.
The RNA blog is bought to you by Elaine Everest and Natalie Kleinman.
If you would like to write a craft article or cover a writing event for our members please contact us on elaineeverest@aol.com
Posted by Elaine Everest at 7:00 AM

Very interesting article, Jenny. It's even more difficult to work out the feelings of ordinary, working people, right until the 19th century. One just has to assume that with some overlay of cultural details, people still loved one another. It is such a universal emotion. Look at a person from any race in disasters like floods, etc, and you'll see deep love and grief for lost children, spouses, etc.

I agree with Anna on this. There's science to back it up, as mate-bonding seems to be hard-wired. (Helen Fisher, "Why We Love.")

As you say, Jenny, the challenge for writers of historical fiction is how this translated into actions in any time and place, plus making it work for the modern reader.

Meaningless flowery poetry in one age, cool distance in public in another. Despite laws, some men clearly trusted their wives with great power and valued their opinions. Some were "hen pecked."

Some men will always dominate and see their "protectiveness" as a sign of love. Some women will see it that way, and want to see it in books.

Really interesting article, Jenny. Wonderful poetry examples to mull over. I have to say I believe in the old plus ca change plus c'est la meme chose, and I can't imagine love in its essentials has changed dramatically over time. It's the romanticism of it that changes, in my view. Courtly love in the middle ages, for example, was a romantic ideal, and probably had little to do with the real down to earth feeling we are all familiar with.

Anna, Jo and Liz - I'm glad to see that you're as intrigued by this as I am! There's an inclination to assume that people living in the past must have felt romantic love as we do, but when for most ordinary people so much effort and energy was expended simply in finding food, keeping warm and surviving, would they have had the time for love play? When most marriages were arranged, or at least only made with parental consent, would spouses have felt the same all-consuming passion for one-another as they would if they'd married out of love? Perhaps love was felt just as deeply as now but manifested very differently.

A very interesting post, Jenny. In the upper classes marriage was contracted for financial or dynastic purposes so the couple were probably grateful if they could at least like each other. But love and marriage were separate. Yet people's emotional makeup hasn't changed. So while duty demanded the production of an 'heir and spare' surely love was sought, if not within the marriage, then outside it?

I'm sure love was sought, Jane. Yet for many it must have been unattainable. Think of all those who were locked into unhappy marriages when divorce was impossible - all those wives who were dominated and abused by their husbands who could never complain. Only if a man actually killed his wife could he be held to account in Elizabethan England, both the church and the law did not recognize that he could rape her, and would not condemn the husband for beating or bullying her. Such treatment was considered acceptable in order to keep a wife in 'her place'. We've come to think of love from a sexual partner as the norm, something that everyone should expect and be entitled to. But for many of our forebears it must have been something never experienced. Love from a sexual partner outside marriage would have had potentially dire consequences for a woman. To indulge in it would have been to take a huge risk.