Today we are delighted to welcome Jane Jackson aka Jane Pollard

Jane Jackson has been a professional writer for over thirty years.  Crosscurrents is her twenty-eighth published novel.   She also teaches the Craft of Novel Writing. Ten of her former students are now traditionally published novelists.

There are hugely successful writers out there who never plan, claiming if they knew what was going to happen they'd get bored. Others write themselves into the story then ditch the first chapter or set it aside to mine for information later.  If this works for you, that's great. But if you've ever had a terrific great idea, started writing then hit a wall, why not try a plan?

Women writers are skilful jugglers. Many have full-time jobs and young children, others care for elderly parents, and they still make time to write. But the demands of everyday life can make it hard to remember story details, plot twists, and characters' emotional developments if you are trying to carry it all in your head.

Why plan? Because if you don't know where you're going, how can you choose the most dramatic and emotionally gripping route? How will you know when you get there? Or if an extra twist could have made the climax/resolution even more heart-stopping?

A plan is not a prison. Think of it as a map that shows your starting point, the destination/outcome, and several major events/challenges along the route.  What a map doesn't show – and what will be revealed on the journey – is the scenery: crowded city streets or tranquil wooded valleys, spring warmth and vibrant colour or grey cloud and storm-driven waves. These discoveries will bring the world of your story to life and reflect or contrast with emotional developments in your story.

One great advantage of having a plan – which you can adapt or alter it as often as you like - is that if a brainwave turns out to be a blind alley you can quickly backtrack to the point at which you digressed. Another even greater advantage is that if circumstances make writing impossible for several days/weeks, you needn't worry about losing ideas/momentum. As soon as you're free to write again a quick read through your plan and bios will have the story and characters clear in your mind and you'll be raring to go.

Getting your characters and plot ideas out of your head and onto screen/paper leaves mental space and energy for creating details that increase tension, authenticity and emotional depth. Your plan will also help you spot potential snags and sags and minimise the need for rewriting.

Where to begin?  On the day that's different.  Make the starting point of your story a moment of change in your main character's life, an event that forces them to take action and propels them on a journey from which they will emerge a very different person. This may be something apparently trivial: the arrival of a letter, an accident, a missed train. But like a pebble dropped into a pool, this event causes ever-widening ripples.

To know how your main character will respond to events you first need to know who she/he is.  Main characters cannot be passive, waiting for others to bail them out. They drive the story forward by making choices, taking action, and dealing with the consequences, good or bad.

Name, age, appearance, family background and job/ profession will have influenced how they see themselves and are perceived by others. But you also need to know what emotional baggage they carry; their loves, hates, hopes, fears, and most importantly, what they want. Ask them. They will tell you. Then dig deeper. Keep asking Why? Because what they say they want, what they think they want, and what they really want but are afraid to voice because of what it might reveal or whom it might hurt, will give you greater insight into the person behind the public face and why they behave as they do. It also gives you the bullets to shoot them with. 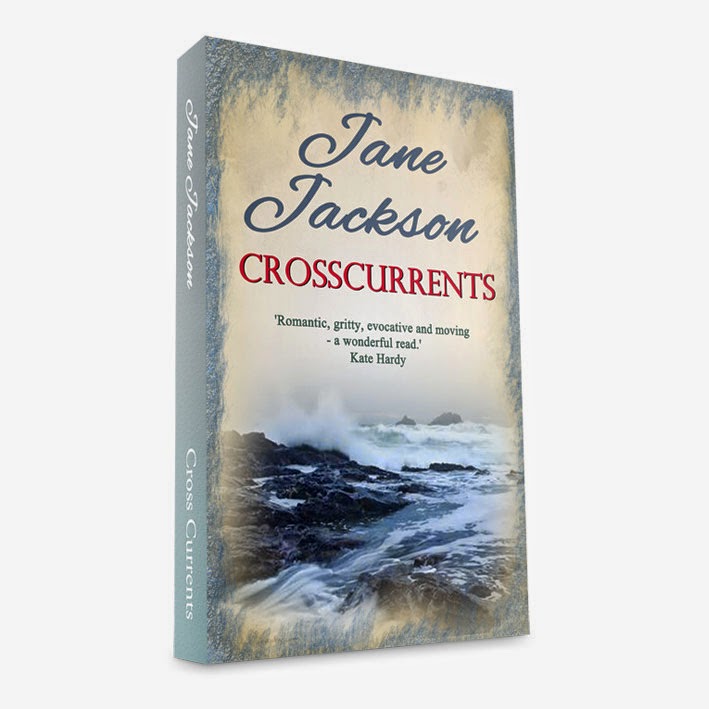 A gripping book is driven by conflict. External situations like weather, travel disruption, bloody-minded officialdom etc may prevent the character getting where she needs to be. You can ratchet up tension by imposing time constraints – a missed train means a lost job interview, a loved one will die without an untested last-resort drug.  Whatever the main character's ambition/quest, make it matter and show the reader why.

Having decided the genre, period and setting/background, of your story you will find it really helpful to decide the theme or premise. What is it about?  What do you want it to show/prove?  Try to sum this up in a single phrase or sentence. Why? It helps keep you focused.

E.g.  Theme: The price of success.
A character born in poverty rises to prominence. But the attributes that helped them achieve – ambition, beauty, willingness to sacrifice relationships, arrogance, a sense of entitlement, reliance on drugs/alcohol to cope with pressures - also contribute to their downfall.
Resolution? An anti-heroine starts scheming her way back, intent on revenge.
A hero having learned valuable lessons devotes his skills to an addiction charity.

While drafting your plan keep asking Why? The answers will ensures you have a solid foundation for your story.  Also ask What if?  Out of ten possibilities one will be a key that unlocks even more. Choose whichever best supports your theme or your character's arc of change.

A plan doesn't restrict creativity, it frees it. Whether you make a chart or a list, or use one of the many software planning programmes, a document that shows your chosen period, genre and story background, timeline, theme/premise and detailed biogs for your main characters makes it far easier to create situations and events that face them with moral dilemmas and force them to confront their deepest fears.

During the relentless journey towards the crisis, include quiet moments that show the characters reaching new understanding of themselves and each other. This gives the reader a chance to catch her breath. Then continue building to the black moment when all hope seems lost, and the climax when either the ambition is achieved, or it isn't - but the lessons learned are far more valuable than the objective originally sought. Finally the resolution ties up remaining loose ends, brings the story to completion, and should leave the reader reluctant to leave but emotionally satisfied.

In case you're wondering:  I used to be a 'pantster.' But when I switched from writing for Mills & Boon to longer historical romances planning was the only way I could keep track of the story and the characters. I will shortly be starting a new book and I've already got a file of research notes, basic character biographies that I keep adding to when ideas occur, drafts of potential story arcs – haven't decided which I'll go with yet - several pages describing major turning points in the story. This isn't a plan – yet – but it will be. Meanwhile reading through the pages and playing with possibilities creates a lovely buzz of anticipation.

Thank you for joining us today, Jane


RNA blog posts are brought to you by Elaine Everest and Natalie Kleinman.

We are currently seeking articles on the craft of writing. Contact us on elaineeverest@aol.com if you would like to write something for the blog.
Posted by Natalie Kleinman at 7:00 AM

Great article. Thank you Elaine Everest and Natalie Kleinman for sharing this blog post and Jane's experience in planning a novel. Not only am I a fan of Jane's work, I have writers block (for want of a better phrase)and the article was just what I needed. I shall now (re) plan my novel. Thank you again. Regards Madalyn Morgan.