THE SOCIAL LIFE OF THE RUSSIAN ARISTOCRACY

We are delighted to welcome author, Freda Lightfoot to the blog today to tell us about the fascinating social life of the Russian aristocracy. 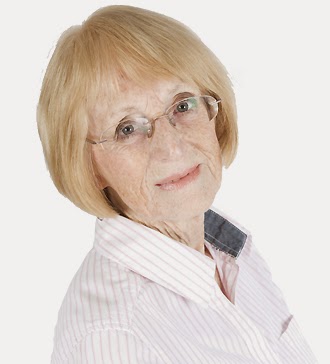 When in town, the social life of the Russian aristocracy would include concerts, the opera, theatre, dinner and dancing, as well as attending smart clubs. One, called the Café Chantant, was particularly popular with the rich. They would hire a box and indulge in champagne and caviar. In St Petersburg, Krestovsky Island - one of several islands on the River Neva and linked to the mainland by a bridge, was where they would engage in tennis, golf and yachting. In winter there would be skating and tobogganing.

In the summer, many Russian families would visit their datcha, which was generally fairly Spartan. But here they could enjoy boating, bathing, riding, fishing, croquet and picnics.

Social life might be thought of as much simpler than in England, but full formal dress was expected to be worn at all social functions. A silk, muslin or canvas dress was considered to be highly fashionable. At a Court luncheon a low-necked gown was popular, but no décolleté was allowed at an afternoon tea party as that would be very bad form. Hats were worn at all times, including fur ones or hoods in the winter, but removed in the theatre as an act of courtesy to those seated behind. Men would wear uniform or evening dress for social events during the day as well as the evening. No lipstick for an unmarried woman was permitted, or they would be assumed to be a prostitute.

Nine o’clock in the evening was a popular hour for social calls, when glasses of tea would be set in silver stands with handles of gilt or enamelled silver. Tea was served without cream or milk, but very sweet, and with slices of lemon floating in each glass. A Russian lady would often nibble on a lump of sugar before sipping her tea. It was considered to be ‘a want of taste’ if you didn’t take sugar. There would also be cakes of all kinds, some flavoured with caraway and poppy seeds, and fruit and bonbons were also provided.

The linen of the social elite would be of the finest and most delicate, as Russians loved their napkins, tablecloths and bed linen, maintaining a store of the very best they could afford with great pride. Even a newly employed servant would bring her own with her. When anyone paid a visit to the house of a friend, they would take their own sheets with them. The English were excused from this tradition, on account of their incomprehensible habit of sharing family linen. But if a Russian governess’s linen was not up to the mark, she received very sour looks from the rest of the household.

Millie, my heroine, was most grateful that she had learned her etiquette as a servant of the nobility back in England. Even so, she was constantly under pressure from her mistress, Countess Belinsky, to get it right, not helped by the naughtiness of the children in her care, who had led sheltered, cosseted lives. But in the end, the social standing of the aristocrats collapsed as the revolution took hold, their treasures and possessions taken from them. Many were left penniless and starving, assuming they survived.

The Amber Keeper
After her mother’s suicide, Abbie Myers returns home to the Lake District with her young child—and no wedding ring. Estranged from her turbulent family for many years, Abbie is heartbroken when she hears that they blame her for this tragedy.
Determined to uncover her mother’s past, Abbie approaches her beloved grandmother, Millie, in search of answers. The old woman reveals the story of how she travelled to Russia in 1911 as a young governess and became caught up in the revolution. As Abbie struggles to reconcile with her family, and to support herself and her child, she realizes that those long-ago events created aftershocks that threaten to upset the fragile peace she longs to create.
Set against the backdrops of the English Lake District in the 1960s and the upheavals of revolutionary Russia, The Amber Keeper is a sweeping tale of jealousy and revenge, reconciliation and forgiveness. 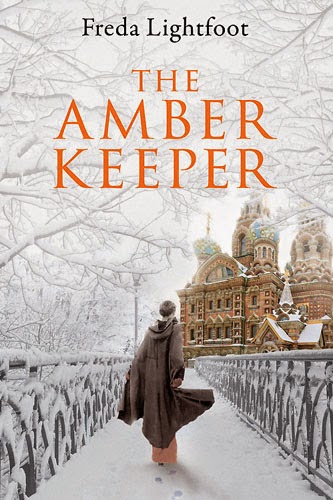 Extract:
The next afternoon was cold and damp, and both children protested vehemently when I insisted that a walk was necessary despite the inclement weather. ‘We English believe that fresh air is good for you, as is plenty of exercise. But we’ll keep it short today as it looks about to rain.’
Nyanushki came with us to make sure I didn’t get lost, and we took a turn about Alexandrvovsky Park, the children grumbling and dragging their feet the entire time.
‘Can you skate?’ Nyanushki asked. I pulled a rueful face, making her laugh.
‘You’ll soon learn. I’m sure the children will help teach you.’
Noticing the smirk on Serge’s face I rather thought he would look upon this deficiency as an opportunity for making me look stupid. He may be only eight years old, but he was a wilful boy with a defiant streak in him.
Later, dressed in their best, I took the children down to tea with the Count and Countess, as instructed, urging them to be good in the hope they would do not embarrass me. No sooner had I taken my seat than a large metal tea urn was set before me and overcome with panic I realised that I was about to embarrass myself.
‘I assume you’ve operated a samavar before?’ the Countess asked with a knowing smile.
I’d never seen one in my life before. Fortunately, there was a certain familiarity about the tap from which the hot water must flow, if not the way the tea pot sat on top of the vessel to keep warm. It rather reminded me of the tea urn used by the Women’s Bright Hour at our local chapel, except that nestling in a space below this one, I could see the glowing red of charcoal that kept the water hot, and hear it hiss and spit as it simmered gently within.
Turning the tap I poured the scalding water into the tea pot, serving the tea with only the slightest tremor in my hands. The children sat stiffly in their seats, Irina’s small greedy eyes firmly fixed on a plate of lemon wafers. I knew the children must wait to be offered something to eat so I gave her a stern glance, warning her to be patient.
Serge quietly slid under the table and began to unfasten the laces of my boots and tie them together so that my feet were linked. I glanced anxiously at the Countess, worrying she might have noticed, or if I should chastise the boy. But on seeing what he was doing she began to chuckle. ‘Serge does so love a practical joke.’

Thank you, Freda for a delightful insight into Russian aristocracy.

Thank you for having me. Such a treat.