Ticking All the Boxes

Today we welcome Fenella Miller to the blog. Fenella tells us how she and four other authors collaborated to produce box sets. 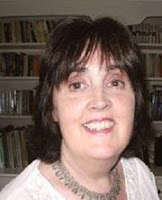 I would like to say thank you for inviting us to be part of the RNA blog. Melinda Hammond, Amanda Grange, Elizabeth Bailey, Monica Fairview and I are all bestselling authors in a variety of genre. I discovered a multi-author crime box set and thought it an excellent idea to promote each other’s work and get new readers.

Our first foray into multi-author box sets, the Valentine Edition, had a slightly different format as Wendy Soliman was one of the five authors, but she had to drop out and we were delighted Monica Fairview was able to join us. This box set did amazingly well – way above our expectations so we decided to continue. The second, Regency Quintet Summer Edition, also did well. We are just about to publish our Christmas box set and this is the first one with new titles.

This has been an enjoyable venture. However, as the box sets are on my account I have to keep track of sales and work out the royalties, which is a worry. If you have friends who write in a similar genre you could do this. Our box sets sell at £1.99 – an absolute bargain for five books – so don’t expect to make a fortune - think of it as a promotional opportunity. You might be lucky and find your box set becomes a bestseller. My advice is to have a go – but whoever’s hosting shouldn’t have more than two to juggle with.

A Most Unusual Christmas

Fenella J Miller
Miss Cressida Hadley is delighted when Lord Bromley and his family are unexpectedly obliged to spend Christmas at The Abbey. However, falling in love with Lord Bromley hadn’t been part of her plan.

Winter Inheritance
Melinda Hammond
Governess Verity Shore longs for a little adventure, then Rafe Bannerman too exciting!
arrives to carry her off to Highclough and Verity discovers that life can be a little

A Very Merry Chase
Monica Fairview
A penniless lady is caught poaching by a lord, but when she flees to her rich aunt’s manor, she finds the same man is her aunt’s house guest.

A Six-Month Marriage
Amanda Grange
Desperate to escape her brutal uncle, Madeline Delaware enters into a marriage of convenience with Philip, Lord Pemberton. On the night of the Christmas fete they give in to their feelings but it is not until they vanquish a woman from Philip's past that they find the happiness they deserve.

I asked my fellow authors what they thought about our joint venture.

Melinda Hammond said: I have known my fellow authors for many years and it is a delight to be working with them. We support and encourage each other, and the added bonus is that we are providing our readers with a variety of Regency romances.

Elizabeth Bailey said: I love historical romance and despite forays into historical mystery and edgy women’s fiction. I was delighted to be offered the chance to work with friends and fellow authors on the Regency Quintet box sets.

Monica Fairview said: I was thrilled to be asked to join the group. It is an opportunity to work with some of the best authors in the field (who also happen to be lovely friends), but will also keep me on a strict deadline. It’s a wonderful way for readers to try other writers.

Amanda Grange said: I like working with friends. Writing is usually a solitary business but the box sets give us a reason to email each other and keep in touch. As an author, it's a good way for me to maximise earnings and it's good value for readers. They get 5 books for the price of 1 - or even less than the price of 1, judged on paperback prices. It's also a good way to readers to try new authors and discover new favourites.

I thought you might like to know a little about all of us and our latest books.

Fenella J Miller was born in the Isle of Man and wrote her first book when she was twelve. There are now forty books published including seven WW2 family sagas.
Her latest book is Christmas at Castle Elrick, a Regency fairy tale - Miss Verity Sanderson the beauty and Sir Ralph Elrick the beast. Castle Elrick is a cold, unwelcoming place situated on the bleak Northumbrian coast and Ralph and his small staff are not the only residents. Will Christmas be a celebration or will the ghosts of Castle Elrick force them apart?
Amazon US
Amazon UK

Amanda Grange was born in Yorkshire and studied music at Nottingham University. Her first novel, A Most Unusual Governess, was published in 2001, after which she had another 25 novels published by a range of publishers.
Amanda's best-known book is Darcy's Diary
Amazon UK

Melinda Hammond was born in the West Country and grew up with a love of history. She has written more than 40 historical romances, including the award-winning Dance for a Diamond. She also writes romantic historical adventures for Harlequin Mills & Boon under the pen name of Sarah Mallory and won the RNA's Rona Rose for two of her titles.
Amazon UK
Amazon US

Monica Fairview’s first novel was a Regency which was published by Robert Hale. Since then she has also published several Jane Austen variations and sequels. She is best known for The Other Mr Darcy and for her series The Darcy Novels. For more about Monica, go to http://monicafairview.com
Here are the links to Mr Darcy's Pledge on Amazon.
Amazon UK
Amazon US

Elizabeth Bailey’s latest stand-alone story is a romantic suspense novella, Silence of a Stranger - Is
Bea’s life more at risk than her disobedient heart?

A wonderful idea and good to see five authors working so well together. We wish you luck with your forthcoming Christmas box set.

Get in touch on elaineeverest@aol.com

Thanks for hosting us. We love doing out box sets and maybe this will inspire others to make them, too.

Yes it is lovely to be here, thank you! I have learned a great deal from this collaboration and I am already looking forward to the next boxed set.

I have to agree, ladies. The box set is a lovely way to share stories. There's a lot of extra promotion, when 4 or more people are sharing it. I've been in a few box sets this year, and they've all done well. The Regency one I was in did phenomenally well, and still pops up into the Amazon US top 100 from time to time.

I agree, Lynne -- yes, there are plenty of reasons to combine efforts and do a box set, including the chance to be part of the RNA Blog! Thank you Elaine and Natalie!

It's definitely well worthwhile. And it gets you writing! Now some of us are doing new books for the box sets, it's really making me work. Deadline hell, but the rewards are worth it. And I so much enjoy working with the other four authors. We all get on so well, and it's great to share the load.

An interesting collaboration and a bargain for readers - should draw lots of new ones for you all.

I love being part of this group and the interaction between us all makes writing a less isolated profession. Thanks for inviting us to the RNA blog.

Well done and congratulations ladies. Box sets have become popular this year and what a lovely
idea with Christmas coming up.
I'll certainly be looking at some of these wonderful titles.

The best of luck to you all.