Nicola Cornick: The art of suspense

Thank you so much to Nicola Cornick for writing today’s article and giving us much food for thought on how to add suspense into our writing.

I’ve always enjoyed adding a bit of intrigue to my historical romances but when it came to writing a big romantic historical mystery novel I knew I was going to have to weave a whole lot more suspense into the story. For a pantser writer like me, plotting 3 different timelines was a bit of a nightmare in 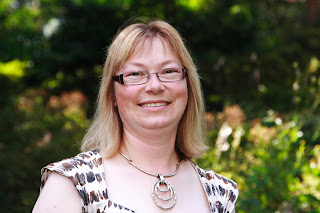 itself but I knew that the art of writing a suspenseful story needed more than tight plotting. It needed twists and turns, that element of surprise that makes readers think: “I didn’t see that coming” and it needed PTQ, page-turning quality to keep them reading until 4am.

One of the best ways to learn is to study the masters of the particular skill you want to develop and so I turned to my heroes, to Mary Stewart, Daphne Du Maurier and Susanna Kearsley. “I met him in the street called Strait” Mary Stewart writes at the beginning of The Gabriel Hounds, and I’m hooked already by that hint of exoticism and the need to know who “he” is.  Daphne Du Maurier is another author who uses atmosphere for great suspenseful effect, building up the reader’s journey back into time in Frenchman’s Creek until you are there with her characters centuries before.  For me, a sense of atmosphere and place can contribute a great deal to a story as you wait on tenterhooks for something you know is about to happen…

In a podcast on suspense, thriller writer Harlan Coben says that he always knows the ending of his books and the final twist and surprise. Once he knows where he is heading he can lead the reader astray on the way. He uses misdirection and plays with readers’ perceptions so that they think they know how a story is unfolding but then he springs a surprise.

Harlan Coben distinguishes between suspense, which is keeping the reader gripped and turning the pages, and surprise, which happens when the books takes you somewhere you didn’t expect. He suggests that a corpse is useful for creating suspense – readers want to know who committed the crime – but that he finds a missing person more interesting.  Anything that allows for an element of hope raises the stakes in a suspense novel.

Research into suspenseful films, TV programmes and books has suggested that an average of three plot twists is the optimum to use. Too few twists and readers are bored; too many and they are overwhelmed. You need a balance between these two states and it is better that the twists grow organically from the story rather than appearing from left field. Sometimes, though, a great twist can be too much. This happened to me when I got to the end of House of Shadows. I had a wonderful idea for an epilogue, something that added a huge final twist and put an entirely different slant on the end of the story. Alas, this was a twist too far. My editor suggested I take it out – unless I was planning a sequel!

Another way in which to create suspense is to build up the emotional investment the characters have in their home, family, friends, all the things that are important to them. As they wrestle with problems and difficulties you can cut to the people who are really significant to them as a way of emphasising the conflicts they are going through. 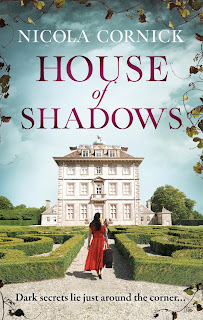 As I mentioned, that final twist is very important but at the same time a romantic suspense novel has to do exactly what all other romantic novels do and be a powerful and human story. So when you hit your readers with that final surprise, it not only has to make them gasp with shock but it also has to move them emotionally.


Thank you, Nicola and good luck with House of Shadows.

If you would like to write about the craft of writing please contact the blog on elaineeverest@aol.com
Posted by Elaine Everest at 7:00 AM

Thank you so much, Nicola. Really interesting. As a fellow pantser, I suspect I've been trying to put in too many plot twists in my early drafts. They can be exhausting to read,too. Intrigued that you think 3's about right. Shall go and apply!

And I'm very much looking forward to reading House of Shadows.

Yes, that's a good point, Jenny, about multi-twists becoming exhausting for the reader! We've all read books where the pace is so unrelenting that you just want things to calm down for a bit. For a pantser I think it's particularly hard because we have to get those ideas out there and then go back and look at it again to see whether there is a need for a better balance.

I thought 3 twists sounded quite a small number but I think they were suggesting 3 big twists and some smaller surprises along the way.

Fascinating. Thank you, Nicola. Your experience and insight is going to be a real help to me with my WIP.

Thank you, Madalyn, I am very happy it will be of use. Best of luck with the WIP!

Great post, Nicola - I love a touch of mystery or intrigue in novels but it's definitely more difficult to sustain! Love those authors you mentioned.

Thanks, Rosemary! It's good to know I'm not the only one who finds it tricky!

Thanks, Clare, I am so pleased you enjoyed it! I love that so many of us share these writing heroes!

Very useful, Nicola. I've got a novel that's a romantic suspense with possibly too many plot twists and it seems too complicated, so reading about the three-twist limit gives me an idea how to fix it. Thanks!

Thank you, Monica, I'm so pleased you found it helpful. I'm trying to apply it to my current wip too!