I’ve been nagging Julie to write for the RNA blog for quite some time. Always so busy in her writing life and also as the RNA's much-loved Hon. Secretary, Julie shows us something of her writing life so far. Over to you, Julie.

Thank you for having me on the RNA blog; it’s lovely to join you and fellow RNA members here. 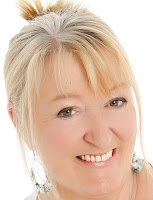 Having recently read – and thoroughly enjoyed Kate Thompson’s Secrets of Sewing Bee blog, I thought I would share an episode from my early days as an aspiring writer.  As an avid fan of Poldark, books by Kathleen Woodiwiss, and anything vaguely 18th Century, and as a complete novice writer – and history-lover-in-training, the year was 1993 and the only way I knew how to find the answer to historical story plot questions was to find them in books. Back then, my burning question was:

‘When was the last time someone about to hang was ‘married off’ the gallows’?

I could not find the answer in any book. So I phoned Cambridge University to ask for help, and managed to speak to a gentleman called V. A. C. Gatrell. Yes, you guessed it, he was a history professor. And bizarrely, this lovely man was just finishing writing a book called: The Hanging Tree.
I explained that I wanted to marry a girl about to hang as a thief off the gallows, and the year was 1773. Straight away, the professor said the last time someone was married off the gallows instead of hanging was in 1648, a time in history I knew absolutely nothing about. Mr Gatrell suggested I join the British Library and order copies of the Newgate Calendars to look through covering the time I was interested in; they have copies of broadsheets published and distributed at the time of public hangings in the 18th Century onwards, with factual details. He said there were many stories of folk imprisoned say in the hulls of ships on the Thames and opportunities for love stories to grow out of folk living in close quarters. Thrilled by his suggestion, I promised to request his book out of the library, thanked him, and he said he had been happy to help.  As I wanted to write about a romance that grew out of an unexpected beginning, this seemed like a good place to begin again, leaving the option to learn about the social history of 1648 as a delicious task for the future.

As soon as I could, I joined the British Library. When I visited, the amazing, original copies of the Newgate Calendars were ready and waiting for me to sit and read through upstairs on a reading desk. I was in total awe, scribbling notes, and listing pages I would like to have photo copied. There were also journals in boxes on the bookshelves, and a quick look through one told of ‘such high winds that washing littered the bushes near the coast’!
My day at the British Library drew to a close; I bounded off to find someone to photocopy all the lovely research… Only to discover that not only had I left it too late in the day, but the cost – not of photocopies, but of microfiches, as the books were too old to photocopy, would amount to over £44.00. My budget was about £10.00!   I thanked the staff and said I would save up and come back and visit as soon as I could. But yes, I was terribly disappointed to be leaving with just a few scribbles…
Until something magical happened. I literally drifted into a bookshop; all I can remember is that it was close to the British Library and probably on the way to the underground station. Unsworth Rice & Co, and outside it said something along the lines of ‘History and Humanities’. I still do not know how or why I walked in there, but I went straight to a back shelf, and there was an original copy of a Newgate Calendar. It was £20.00, and still out of my price range, but I was practically squeaking with excitement! There – right next to the original was a paperback copy of the Newgate Calendar, the price – just £3.00. I grabbed it and hugged it – thinking that someone else would come along and take it off me at any minute. I squeaked again – right next to that was a book called Crime & Punishment in Eighteenth Century England… just £3.95, and George III and the Mad-Business. Another bargain at £4.50. I couldn’t believe it – and didn’t stop smiling and holding tight to those books all the way home on the train. And I was only £1.45 over budget!
Those three books still hold pride of place on my bookshelf – and despite a great deal of research, that particular story has remained in its first draft; I do still intend to write it one day. I just love the strange old laws of our country and the stories that spring to mind from them.

I joined the RNA’s NWS in 1993, run then by the fabulous Hilary Johnson and after historicals, tried my hand at writing Medical Romances for HM&B, without success.  In 1996, Hilary suggested that I try writing a contemporary story for Scarlet (Robinson) Hilary’s advice was spot on and in 1997; my first book Dark Canvas won the New Writers’ Scheme. (Now the Joan Hessayon Award)  Blue Silk Promise was my next book for Scarlet; but then they stopped that line in 1998.
A new publisher, Heartline, published three of my books, Soul Whispers, Secrets and Illusions. Illusions won what was the Romance Prize in 2003 (Now called the Rona Rose, the prize for shorter romances)

Back to the present, having been made redundant not too long ago from the local library, I’ve set myself the task of bringing out my backlist as eBooks and as print on demand books. As a result, I’m full of admiration for the self-published authors out there. There is so much to learn! I am getting there – a bit more slowly than I anticipated. But I will get there…eventually!

My writing goal, the dream I would love to achieve is to be able to make enough money to stay self-employed for longer than the next six months. So I am living my writing dream currently and enjoying every minute; and like us all, I would love my books to be a sparkling success!

About Julie:
I’m currently the RNA’s Honorary Secretary, which entails day-to-day administration and minute taking. Born in Royton, near Manchester and at twelve, we moved to the Fylde Coast and my parents had guesthouses, great fun to grow up in and a fab way to earn pocket money.
I lived in London for five years, worked in a bank, a nightclub, the Needlewoman shop on Regent Street and became a legal secretary. In 1979, I met my husband whilst waiting for my then boyfriend…  We have three youngsters who live nearby and love getting together with them. 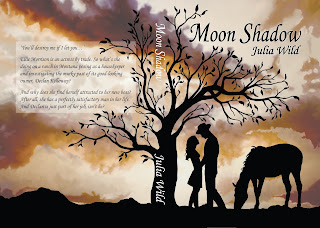 Moon Shadow is my latest book became available in February 2016. This book has its own story, it was accepted by two publishers, both Scarlet and Heartline, but was never published, so to all intents, it’s brand new.
Moon Shadow is about a young woman, Ellie Morrison, who moved out to the States on the promise of a lucrative acting role; but it does not fully materialise. We join her when she has no choice but to take on a very different role for a do anything go anywhere agency – and she meets ranch owner, Declan Kelloway. The story explores what people are capable of in order to survive hard times, both monetarily, for Ellie and emotionally, for Declan. There is an element of suspense and mystery woven through the story.  Ellie is a flawed risk-taker, Declan a bitter widower of barely a year, with a secret that gnaws at his soul.

Many thanks again for inviting me to be on the RNA blog.

It was a delight to have you write for the blog, Julie. Having just finished reading Moon Shadow I can honestly say I’m still trembling at the thought of Declan Kelloway. Good luck with your six month plan – may it continue forever!

What a really interesting blog posting, Julie. Thank you, Elaine and Natalie for it. I love the cover for Moon Shadow and also the premise of the novel, and I'll certainly be reading it. :-)

Julie, that moment in the book shop following your earlier disappointment is so vivid, I was there with you. I think I can smell the books even now. good luck with Moon Shadow and the others, Anne Stenhouse

Julie, this reminds me of the bus tour of Edinburgh we went on two years ago. We went past a pub called 'Hanging Maggie.' It got its name from the custom in Scotland of hanging you by the neck, but not necessarily until you were dead. The aforementioned Maggie came to in her coffin on the way to the graveyard, if I remember correctly she was released and lived to tell the tale. After that, the method of hanging you by the neck till you were dead, became the norm. I love history don't you ?! I also loved reading this blog 😊

Loved your story about finding the book, Julie. Is that serendipity?!
I really like the sound and setting of Moon Shadow, too. One for me.

Really loved reading this Julie. Don't you just love a bit of magic! I'm finding it quite difficult to put Moonshadow down. Katy

What a wonderful story. I am a great believer in fate as it figured in a story in my past. Like the sound of your new book too.

Hi Liz, many thanks for your comments - thrilled you like the premise of Moon Shadow. I really hope you enjoy it.
Anne, thank you for your good wishes for Moon Shadow - and yes, that was such a wonderful moment in the bookshop - it still makes my heart beat faster to think about it!
Lizzie - your tour of Edinburgh sounds very entertaining. I went to a talk at Westminster Archives just last month called 'Public Hangings between the 13th & 19th Century' and the speaker mentioned several criminals who survived... and were then turned loose. How fabulous. What amazing stories.
June, Yes, that's definitely serendipity - I actually meant to use that beautiful word and thanks for your lovely comments about Moon Shadow.
Linda - thanks for your comment, yes, I'm a huge believer in fate too, and in the belief that fact is often stranger than fiction.
Sue, thanks for your comment, much appreciated. All the comments are - I just didn't know how to respond to each one individually! (Obviously not very techie!) Love from Julie x

Hi Julie
I really love your writing,you seem to capture the subtle nuances that are the reality of a romantic novel.I love it.
I was taking a bath the other day, and while studying the hairs round my navel, I thought I bet Julie could writa an antithesis romantic novel where a marriage break-up takes place. I'm sure that you would be capable of doing it.
love
Doris,Manchester

Thank you, John, and Doris, I'm always thinking through new ideas, so you never know!