Welcome to the RNA blog, Clare. Please tell us about your latest release The Green Ribbons.
The book is about good intentions and bad decisions. The heroine, Hephzibah Wildman, is young – orphaned at eighteen and left with no one to offer help and guidance as she makes her way into the 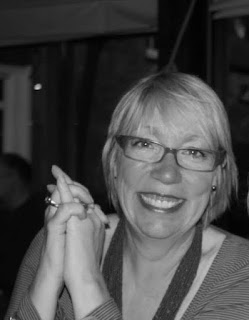 world after a sheltered life. Catapulted into Ingleton Hall to work as a governess to the young daughter of the lecherous Sir Richard Egdon, nothing in her past life as the daughter of an Oxford academic has prepared her for what lies ahead.
You use modern themes in a historical context in your novels. What are the particular challenges in doing that?
Most of the issues we face today in personal relationships are perennial. It's the way we respond to them that's different. One of the challenges is to allow the characters to act in a way appropriate to the times they lived in, yet relevant to the concerns of readers today. Problems don't change but the ways in which they present themselves and the social and cultural context in which people respond to them do.
I try to avoid inappropriate heroine feistiness. Readers love strong independent heroines (who doesn't?) but the pitfall to avoid is having them behave like women today. At the time of The Green Ribbons women couldn't petition for divorce, all rights were vested in men. Only in 1923 were they able to petition on grounds of adultery and only in 1937 was this extended to other grounds such as cruelty. Husbands, regardless of their own culpability in the failure of a marriage, were automatically granted custody of children. All this caused women to be disadvantaged compared with today and conditioned how they behaved.
At the time of The Green Ribbons, pre-nuptial pregnancy among the working poor was a common custom. Men earned more when they were married and wages increased with children, so there was an economic pressure to breed and a tendency among men to check out their future wife's fertility in advance!

If you could go back in time, which period of history would you choose to visit and why?
A Medieval village so I could witness how ordinary people lived. I'd like to get a vivid impression of the smells, movements, sounds, colours – everything. One caveat! I only want to spend a day there, just enough to take it all in, but no risk that I could get burned as a witch or stuck in the stocks!

The first draft of your novel A Greater World was lost when thieves burgled your home and stole your computer and the laptop which held the back-up copy. You must have been heartbroken. How did you go about recreating the manuscript?

Yes I was heartbroken. I was numb for months and more or less decided to give up writing. Then I read that TE Lawrence left the manuscript of Seven Pillars of Wisdom on a train and wrote it all again from scratch. It only took him three months to produce 400,000 words from memory – so how could I not rise to the challenge! I sat down right away and started writing and I'm convinced it came out much better second time around.

You have travelled extensively and have used your travels as a source of inspiration for your work. Where are you off to next?
France in September, for a week, to paint. I hope it will be less eventful than my last painting trip - in May to Montenegro when I tripped on the way to breakfast on the first day and broke my wrist. As you may have gathered by now I am not one to take setbacks lying down, so I painted very shakily with my left hand.
My inspiration for the next novel is here at home though – Eastbourne in WW2. Also Ontario, Canada so maybe a trip there will be in order! Eastbourne was the most heavily bombed in SE England and was home to three regiments of the 5th Canadian Infantry Brigade for three years of the war. Around 150 women went to Canada as war brides from the town.

Facebook or Twitter? Which is your preferred promotion tool?
I use both. But I prefer Twitter for promotional purposes as there's less risk of boring the pants off my friends and family.

How do you relax when not writing?
I quilt and paint when I have time. Right now, having recently moved house, I'm busy overseeing home improvements. And of course I read voraciously - for pleasure but also as background research for my books. I also shout at politicians on the telly a lot these days.

What’s next for author, Clare Flynn?
The next book. I'm only two chapters in and am mostly reading around the subject. I'm also looking forward to the Historical Novel Society Conference in Oxford in September, where I'll be catching up with a lot of RNA author friends since I couldn't make the RNA conference.

About Clare:
Clare Flynn writes historical fiction with a strong sense of time and place and compelling characters. She is a graduate of Manchester University where she read English Language and Literature.
After a career in international marketing and consulting , working on nappies to tinned tuna and living in Paris, Milan, Brussels and Sydney, she now lives in Eastbourne where she writes full-time – and can look out of her window and see the sea.

Book Blurb:
"Two men will love you. Both will pay the price for it."
In 1900 Hephzibah Wildman loses both parents in a tragic accident and is forced to build a new life for herself. Penniless and only eighteen, she must leave the security of the Oxford college where her stepfather was Dean and earn her living as a governess. 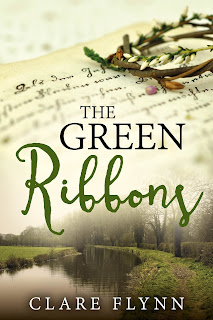 On the recommendation of a man she has never met, Merritt Nightingale, the parson of Nettlestock, Hephzibah finds herself at the impressive Ingleton Hall. The latest in a long line of governesses, she soon learns why: her employer Sir Richard Egdon has a roving eye and turns his unwanted attentions to her. Hephzibah has no choice but to leave – until a chance encounter with Egdon's handsome son, Thomas, leads to her eloping with him.
Marriage to Thomas Egdon is not the dream Hephzibah had envisaged. More interested in training his racehorses and losing money at gambling, Thomas has little time for her and she begins to suspect he is having an affair. When Sir Richard threatens to disinherit Thomas unless the couple produce the requisite heir, Hephzibah makes a desperate decision that will put the lives of both Thomas and her friend Merritt Nightingale on the line.

Thank you Clare and Ellie. Good luck with the book, Clare. We look forward to reading it.

If you have a book due to be published and would like to be featured on the RNA blog please get in touch with the Blog Team on elaineeverest@aol.com
Posted by Elaine Everest at 7:00 AM


A great interview Clare. I didn't know that 150 women went from Eastbourne to Canada to be war brides which is fascinating. Am looking forward to reading another of your novels very soon, as I loved A Greater World and have recommended it to several friends.

How lovely to read this interview, Clare, especially as we met for the first time in 'real life' this week.

What an interesting interview, Clare and Ellie, and a highly informative one. Many thanks for it. I loved 'Kurinji Flowers' and look forward to reading 'The Green Ribbons'.