Welcome to first time author, Lynda Stacey, who gives us an insight to her life and how she juggles her busy working life.

I’ve worked towards this moment for over thirty years. I ‘m so proud to be able to finally call myself 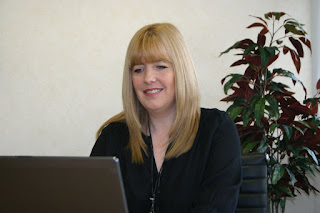 an author. I tell everyone that I meet about my novel, but when I do, I always get the same response. “But, you work full time; how do you find the time to write books as well?” Well, that’s easy. I’ve always worked two jobs; sometimes three: I’ve had no choice.


I was married very young. My first husband amongst other things had Asperger’s syndrome. He had many problems, and life became unbearable. I eventually found the courage to leave, after which he committed suicide and I was left with his massive debts he’d incurred. These were debts that I’d previously known nothing about and at 23 years old, I found myself with a debt of over £120,000. All of which I found to my horror that I had to pay back.

I spent the next twenty years doing just that. I worked as a nurse, an Emergency First Response instructor, and as a model - I know, hard to believe it now. I worked in bars, nightclubs, laboratories and in later years, I trained as a PADI Scuba Diving Instructor. I set up my own school, and worked most weekends. I’ve even taught in open water while snow was coming down sideways. Crazy you say, yes, I thought I was just a little crazy too.
I’ve always been ambitious, and I did all of this while working my way up through a company, where I’d begun doing just a few deliveries and a few sales, to now being the Sales Director for that same company.

So, being busy has never been a problem. I’d had no choice, but I was proud of what I’d achieved. I’d made my mark on the world and I managed to pay back all my first husband’s debts, as well as living a reasonable life with my new husband, Haydn.
However, in 2009, I was involved in a freak car accident which left me with limited mobility in my right arm. I had no strength to rescue students and couldn’t risk teaching Scuba any more. My school had to sold and for the first time in my life, I had nothing to do.
This is when I once again began writing.

My writing week
I work full time, five days a week and finish somewhere between five and six o’clock, I then go home, make tea, tidy up and by 6.30pm I sit down to relax. This is when I write and even though I have a perfectly good home office, I prefer to sit on the settee, with my laptop on my knee. I never work to a word count, I can’t. Some nights I only get an hour in which to write, some nights I get three or four hours. It all depends on what else is happening, and of course, how much time I spend on both Facebook and Twitter.
My main writing time is on a Saturday or Sunday morning. I tend to get up very early, at around six o’clock. This is MY TIME, the time when no-one else is around, no television to spoil my thoughts and no one else who I need to talk to. It’s during this time that I tend to go back over the work that I’ve done during the week, and I edit as I go. But when I type the words ‘THE END’, I know that it doesn’t really mean ‘THE END’.
All ‘THE END’ really means is that the story has found its final chapter and that then, as we all know, is when the hard work really begins.

Biog:
Lynda, is a wife, step-mother and grandmother, she grew up in the mining village of Bentley, Doncaster, in South Yorkshire. Her own life story, along with varied career choices helps Lynda to create stories of romantic suspense, with challenging and unpredictable plots, along with (as in all romances) very happy endings. 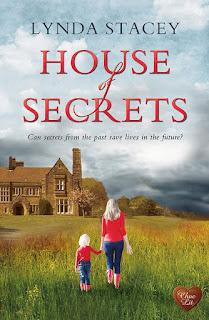 Lynda joined the Romantic Novelists' Association New Writers' Scheme in 2014 and in 2015, her debut novel House of Secrets won the Choc Lit & Whole Story Audiobooks Search for a Star competition. She lives in a small rural hamlet near Doncaster, with her husband, Haydn, whom she’s been happily married to for over 20 years.

Thank you, Lynda and good luck with your writing career.

I'm so impressed at your jiggling and work ethic. I work full time and write too. Just like you it is about carving out time to write. Who knew you were a nurse too? Liam xx

I suppose it's easy to quote the old adage 'it's not what life throws at you, it's what you do with it', but to have achieved what you have in the face of so much is admirable. Congratulations, Lynda.

What an amazing example you are to us all, Linda. I will never complain about not having enough time again.

This is your time to tell and sell stories and, given the way you have tacked everything else in your life, you'll keep at it and succeed. I loved The House of Secrets and think your step up onto the writers' ladder is well deserved.

Wow - Linda, I had no idea! You're an inspiration - thanks for such a great blog post and good luck with House of Secrets.

Buy latest indian anarkali salwar kameez, Our anarkali wear collection is one of the best and highly loved by our customers. Find newest collection of anarkali wear available in all size at www.aufashionkart.com.