This year’s shortlisted novels for the contemporary section feature everything from family secrets and issues through to second chances. 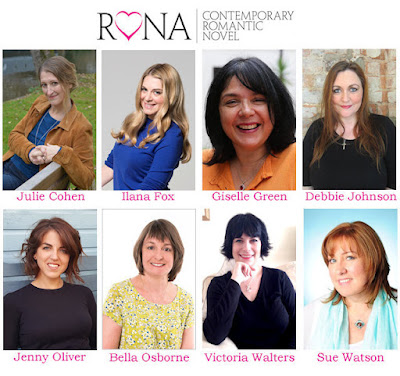 Julie Cohen’s Falling, published by Black Swan, follows the story of eighty-year-old Honor who after suffering a fall moves in with her daughter-in-law Jo and her children. Jo tries to keep the family together but her teenage daughter, Lydia, is suffering and can’t tell anyone. Their secrets emerge in a dramatic moment which could mean the end of everything.

We asked Julie to tell us a little more about one of the themes close to her heart in this novel:
"An important storyline in this novel is how Lydia, the teenage heroine, deals with homophobic bullying. After finishing this novel (and after the homophobic nightclub massacre in Florida) I knitted rainbow owls and auctioned them off for donations to Stonewall, the LGBT charity—I raised over £500 just knitting owls."

The Glittering Art of Falling Apart by Ilana Fox, published by Orion, focuses on two characters, Eliza, who following the pull of free-spirited 1980s Soho is led into the life she has craved, while Cassie, living in the 2000s, is fascinated by her family's history and the abandoned Beaufont Hall.  Separated by a generation, but linked by a forgotten diary, the two have more in common than they know.

We asked Ilana about the inspiration behind this novel:
"This book follows different generations of a family in the same area of London. While I was writing it I explained the plot to my grandmother and how much of the novel is set at 69/70 Dean St. in Soho, where the Dean St. Townhouse is now. My grandmother told me that when I was a toddler she and my grandfather used to take me to an Italian restaurant on Dean St. called the Ostaria Romana. After a little digging, to my amazement, I discovered the restaurant was in the same building as the Dean St. Townhouse. The fact that my grandparents used to eat in a place I frequent resonated and makes my connection to the novel that much closer."
One of the first self-published novels in our shortlist, Giselle Green’s Dear Dad tells the story of a frontline reporter, Nate Hardman, suffering from agoraphobia.  When neglected, nine-year-old Adam reaches out to him with a desperate ‘Dear Dad’ letter, Nate knows he’s not who Adam thinks, but will he risk all to help him? And can Adam’s new teacher – Nate’s love-interest, Jenna - forgive him if he does?

We asked Giselle how she felt about being nominated:
It’s one of those things that money cannot buy – I’m so thrilled the readers voted for it and it’s a fantastic validation for a story which I kept the faith in, even though I knew it was so ‘different’."

Debbie Johson’s The Comfort Food Cafe, published by HarperImpulse, is set in the café of the title perched on a windswept clifftop in Dorset, a beacon of companionship where a hearty welcome is always on the menu. But for widowed mum-of-two Laura Walker, the café doesn’t just serve food – it serves a second chance to live her life to the full…

We loved visiting the Comfort Food Café and had to ask Debbie how she came to chose this particular setting:
"The whole book was inspired by a trip to the West Dorset coast with my family and dogs – it was such a beautiful place, it would have seemed wrong not to use it!"

The Sunshine and Biscotti Club by Jenny Oliver and published by HQ follows the tale of food blogger Libby’s Instagram-perfect life. Perfect … until her husband cheats just before her Italian cooking club’s grand opening. Eve’s marriage is failing – is a trip to help Libby the perfect escape? Workaholic Jessica has erased the memory of the man who never loved her back. But he’s just arrived in Tuscany!

We asked Jenny how it felt to make it onto the shortlist:
"I’m thrilled to be nominated, it’s brilliant to know people enjoyed the book."

Bella Osborne’s A Family Holiday, published by HarperImpulse, is the story of Charlie French, nanny to four quirky but loveable children, who learns that whatever happens you stick together as a family. When tragedy strikes, Charlie is forced to decide whether it’s time to move on or fight to keep the children she loves. With the distraction of the children's gorgeous Uncle Felix and the chance of a holiday in stunning Antigua, she’s left wondering if turquoise seas can wash away their present troubles. Is the pull of white sand beaches too tempting to resist or will paradise fail to keep them all together?

Victoria Walters’ Second Love of My Life, published by Headline Review, is set in the seaside town of Talting, where everyone’s famous for something. Rose was known for her positivity, artistic talent and devotion to husband Lucas. Two years ago that changed – now she is the woman who became a widow aged twenty-four. Until newcomer Robert arrives for summer... Can Rose find love again?

We loved Talting and although it’s fictional, we asked Victoria if it’s based on a real location:
"It’s been interesting hearing so much in the media recently about the hit TV show the Gilmore Girls because the small-town setting of Stars Hollow in the series was the inspiration for my small Cornish town.  I wanted to create a quirky, close-knit community for my main character Rose to live in. My own hometown in Surrey helped with the inspiration too –  and I borrowed elements like the annual fair and tree-lighting ceremony for my book."

We’ll Always Have Paris by Sue Watson, published by Sphere, is the tale of Rosie Carter who bumps into her first love after a lifetime and finds she’s captivated once more. But after what happened, should she let herself fall for Peter all over again? Is this what she’s been waiting for – or is it just too late for a second chance at first love?

We asked Sue about the inspiration for this poignant story:
"I think most of us remember ‘the one that got away’, the one we can’t forget, no matter how many miles and years there are between us. I’m happily married, live a contented life and have no regrets, but I also have memories of a special person from the past who still camps out in my heart.  I sometimes think of him and wonder where he is, what he’s doing – and ‘what if?’
I wanted to explore what might happen when two people who once meant so much to each other meet again after forty-seven years. The collision of two now very different lives creates an exciting, funny, and happy adventure – but it’s bittersweet, because it’s also marred by pain and regret." 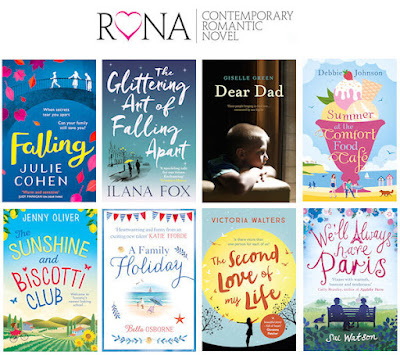 Congratulations, ladies! There are some books on this list which I haven't yet read. Which is, I'm sure you'll agree, the perfect excuse for a trip to Waterstones!