There’s a common thread among this year’s shortlisted Romantic Comedy novels, with the themes of family and close-knit communities being explored against a variety of delightful backdrops from the spires of Oxford through to seaside towns and country villages. 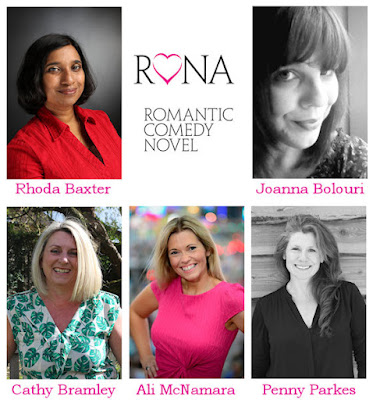 Girl Having a Ball by Rhoda Baxter is the story of Stevie who, determined to prove her independence, takes an assignment organising a charity ball in Oxford. As if organising canapés with no budget isn’t hard enough, Stevie’s teenage crush, Tom, resurfaces to confuse things even further.
Stevie won’t let a man get in the way of her dreams – will she?
We asked Rhoda to tell us more about the setting and ideas behind the book:
I was a student in Oxford and I lived in a house in Norham Gardens, very much like the one described in the book. We once organised a party there, so writing the book allowed me to revisit my student days. There is a scene in the book where they put up the old wartime blackout blinds and turn a room into a disco. This is based on something that actually happened.
The charity that Stevie is raising funds for is a real one too. I wrote the book not long after Sri Lanka was devastated by a tsunami and it seemed fitting to include reference to some of the issues faced by the people rebuilding the towns and villages (including the one my mother grew up in) which were wiped out by the disaster. It meant that I got to make lots of Sri Lankan snacks as part of my ‘research’ – which was a win-win all round.

The Most Wonderful Time of the Year by Joanna Bolouri tells the tale of Emily who has great friends and a wonderful life, far from her interfering family. She also has a wonderful boyfriend who she’s planning to take home for Christmas. So when they break up, Emily is gutted. Enlisting the help of her neighbour Evan, she’s determined to bring Robert home for Christmas – even if it isn’t the real one…
We asked Joanna where the idea for this for this story came from:
Inspiration for TMWTOTY came from being asked repeatedly by my mother if I’d ‘met anyone yet?’ I could have only been to Tesco but she’d still ask. I thought for a moment that lying through my teeth and saying yes might take the pressure off. Families seem to be far more concerned about your love life than you are.

Cathy Bramley’s The Plumberry School of Comfort Food is the story of Verity Bloom who hasn’t been interested in cooking anything more complicated than the perfect fish finger sandwich, ever since she lost her best friend and baking companion two years ago.
But an opportunity to help a friend lands her right back in the heart of the kitchen. The Plumberry School of Comfort Food is due to open in a few weeks’ time and needs the kind of great ideas that only Verity could cook up. And with new friendships bubbling and a sprinkling of romance in the mix, Verity finally begins to feel like she’s home.
But when tragedy strikes at the very heart of the cookery school, can Verity find the magic ingredient for Plumberry while still writing her own recipe for happiness?
We asked Cathy what made her choose to write about a cookery school:
I was inspired by my friend Lucy, who runs a cookery school in the Lake District. She believes that everyone can learn to cook and that families who cook together stay together. I wanted to explore what constitutes family and also how love and food go hand in hand. The result is a love story about food, friendship, family and finding the key to our own hearts.

In Letters from Lighthouse Cottage by Ali McNamara, Grace has returned to the seaside resort where she grew up.  But why is Grace back in Sandybridge, the tiny town she’d long left behind, hanging out with the boy who became her best friend when they were teenagers?
And just who is Remy, and what is he to do with the letters of advice Grace has been receiving anonymously for over thirty years?

We loved the idea of the typewriter and its influence on Grace’s life. Where did the idea for this come from?
I collect vintage typewriters and one of these – a 1930s Remington model 1 – was the inspiration for the story.

In Penny Parkes’ Out of Practice by we meet married mum of two and successful GP Holly Graham as she relocates her family to join the team at The Practice at Larkford, hoping to find the peaceful life she craves, despite the chaos that comes with her two-year-old twins and the troublesome state of her marriage. It will certainly be a challenge to keep her private and professional lives separate in such a tight-knit community.

There’s a lot of detail about the day-to-day lives of doctors in Penny’s novel: we asked her why she chose a country practice as her setting:
I often joke that my family is a multigenerational drain on the NHS, but when it comes to seeing our wonderful doctors in action and the responsibility they carry every day, it was a natural step for me to write about what might go on behind the scenes in a country practice – to explore the light and the dark, and of course the humour that sustains our medical teams within our communities. 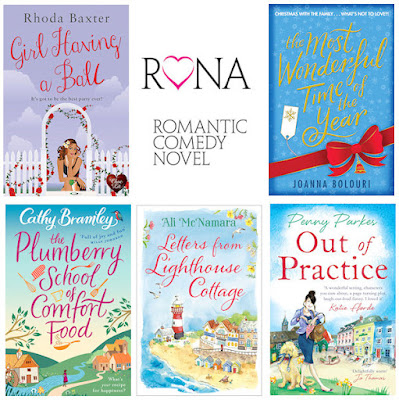 I just see the post i am so happy the post of information's.So I have really enjoyed and reading your blogs for these posts.Any way I’ll be subscribing to your feed and I hope you post again soon.

Lovely to read these delightful tasters, the books all sound great.

Great Article… I love to read your articles because your writing style is too good,
its is very very helpful for all of us and I never get bored while reading your article because,
they are becomes a more and more interesting from the starting lines until the end.

Great Article… I love to read your articles because your writing style is too good,
its is very very helpful for all of us and I never get bored while reading your article because,
they are becomes a more and more interesting from the starting lines until the end.

Effective blog with a lot of information. I just Shared you the link below for Courses .They really provide good level of training and Placement,I just Had Java Classes in this institute,Just Check This Link You can get it more information about the Java course.

Acquire the trending Selenium training in Chennai from the best software training institute in Chennai, Infycle Technologies. Additionally, we come up with the latest demanded technological courses like Python, Data Science, Digital Marketing, Big Data, Oracle, AWS, Azure, Google Cloud, Java, and Oracle with the best faculties in the industry. To clear your doubts, call +91-7504633633 or +91-7502633633.