This year’s shortlisted novels cover a wide variety of periods in history from the Regency through to WW II and the 1950s. 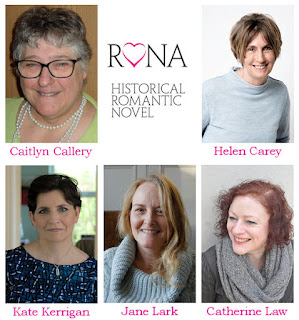 Incognito by Caitlyn Callery is the story of governess Grace who’s been in hiding from her family for three years when someone threatens to expose her. Luke unexpectedly becomes heir to an earldom. Uncomfortable with this, he does not make it widely known. They fall in love, but can their feelings survive their secrets?

We asked Caitlyn where the idea for Grace’s story came from:
I read a book about a duke who fell for a governess and I got cross because, in the time it was set, the marriage could not and would not have been accepted by either his class or hers. Without social acceptance, it was doomed. While I am happy with a little poetic licence in historical novels, such glaringly obvious errors spoil the story for me.
It got me thinking about how such a match could become acceptable to a society where class was rigidly observed, and Grace’s story arrived. Then I realised she would need a hero who would interact with her when she was a governess, and at the same time, be eligible to marry a baron’s daughter. So Luke’s story came into being.

Helen Carey’s London Calling, set in World War Two, follows the lives of a number of people living in one perfectly ordinary London street. But in wartime ordinary people sometimes find themselves doing extraordinary things, and nurse Molly Coogan and actress Jen Carter are about to take on their biggest challenge yet.

We asked Helen where the inspiration for this novel came from:
The original inspiration came to me during a holiday in Sicily when my aunt asked us to visit the grave of her brother, Basil Beazley, who was killed during the airborne invasion of 1943. It took us seven hours to get there and when we did we found a beautifully maintained cemetery with lines of white memorial stones stretching in all directions. Uncle Basil was in the front row. He was twenty-nine when he died and had amazingly survived the disastrous glider landings but died later defending a bridge. We put flowers on his grave, cried for twenty minutes, and then we drove the seven hours back again. And that night I decided I wanted to write a novel which in some small way would touch on his story.

It Was Only Ever You by Kate Kerrigan is set in late 1950s Ireland and New York; this is the story of three women and the charismatic man with whom their lives are interwoven.
Patrick Murphy has charm to burn and a singing voice to die for. Many people will recognise his talent. Many women will love him. Rose, the sweetheart he leaves behind in Ireland, Ava, the heiress he marries, and tough Sheila Klein, hungry for success as a music manager.
But in the end, Patrick Murphy’s heart belongs to only one of them. Which one will it be?

Kate worked as editor of Just 17 magazine in the early 90s, we asked her if the character of Patrick bears any resemblance to any of the pop stars she interviewed:
It was part of my job to promote heartthrob pop stars to keep our young readers happy. The nicest of these was undoubtedly Take That – whose first big gig was a Just 17 road-show in the Hammersmith Odeon. I did their first interview and the passion and talent each of those lads had back then did help to inform the main character of the book, Patrick Murphy.

The Reckless Love of an Heir by Jane Lark tells the tale of Lord Marlow, a character for whom no wager is too risky – until he is injured. Susan has always thought Henry arrogant. But an injured, vulnerable Henry brings out her natural compassion and a stolen kiss leads to a forbidden passion. Then Susan knows what it’s like to be as reckless as he is.

We asked Jane how she felt on hearing she’d been shortlisted:
At the age of eight I was told by a teacher I’d write a book one day. At thirty when I hadn’t done it yet I put it on my “to do before I’m forty list”, and now in the year that I’m fifty I’m shortlisted for an award!
I still work full time as well as write and live with a daily struggle with Ankylosing Spondylitis and Chronic Fatigue and so this achievement feels even more special to me as it’s more evidence that things can be overcome and you can still fulfil dreams when you have a disability even though it can be hard.

Map of Stars by Catherine Law is set in wartime Kent in 1940 with heroine Eliza torn between loyalty to her husband and passion for her lover Lewis. With the enemy waiting across the Channel, a spy in their midst and a secret document missing, danger is closer than she imagines. When Lewis disappears, Eliza must wait twenty years to discover his fate.

Readers commented on the location of this novel and we asked Catherine why she chose Kent as the setting:


Thanet and the countryside around Canterbury always seemed like a second home for me, having spent the past twenty-five years travelling from London to visit friends here. Kent’s historic roots and landscape of orchards and hop gardens, not forgetting the vibrant coastline, intrigued and inspired me so much that I finally caved in and moved to Margate in 2014. 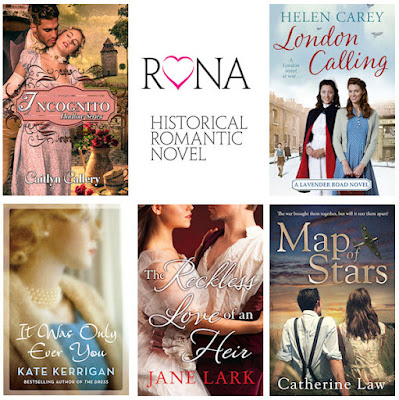