Carol Cooper: Making your self-published book as good as it can be

Who wouldn’t like to make their book as good as it can be? We welcome Carol Cooper to the blog to tell us how it can be done.

I’m delighted to brag that my second novel, Hampstead Fever, finds itself in bookstores alongside the 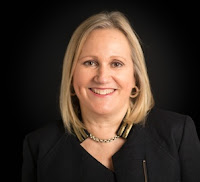 best in the business - right next to David Nicholls on a table in Waterstones, and in a front-of-store promotion in WH Smith travel shops.

People often ask me how that can happen to a self-published book. My answer? Produce a book that won’t disgrace itself in such company.

Compared with my current novel, my fiction debut One Night at the Jacaranda should have hung its head in shame and quietly slunk out of the back door when I first published it in late 2013. Its cover alone exposed it as a gate-crasher into the publishing party. I’d imagined that a photo of red suede heels, accompanied by a lipstick tossed nonchalantly onto a carpet, would scream, “Sexy story about relationships”. In reality it screamed, “Amateur!” As did a lot of the contents, because I had also made poor editing choices.

I can distil much of what I’ve learned since then into half a dozen tips.

Tip 1. Self-publishing doesn’t mean doing it all yourself.
It can be a solo operation, but just because something’s possible doesn’t make it a good idea. To look professional, a book needs professional editing and proof-reading.Yes, beta readers can help shape a manuscript, but it’s almost impossible to edit your own work. Shop around before you commit to an editor or proof-reader. Many of them will gladly mark up a short sample of MS to give you an idea of their work.

Tip 2. Whether you’re indie or not, always check the page proofs yourself.
I see no end of trade-published books with elementary mistakes, but publishing is not what it was, and a lot more work is farmed out, with fewer people around to take the time to check its quality. The reality is that anyone can miss things. After no fewer than three proof-reads, my Hampstead Fever still had four typos. But I had the luxury of another print run for the WH Smith promotion, so went back and got rid of them.

Tip 3. Be realistic about your abilities.
A great cover is possible using Createspace or other templates, but it’s a lot harder, especially if, like me, you have no discernible artistic talent. That’s why I commissioned a professional designer for the cover of Hampstead Fever, as well as for the reissue of my first novel. I’m thrilled with what Jessica Bell came up with. Even then, however, it took a few goes to get right. Apparently I’m fussy (who knew?). The final cover is a little different from most contemporary fiction or romance, but it’s eye-catching, suggests a summer read, and is a good indicator of what’s inside.

Tip 4. The book must look and feel like a quality product.
Print-on-demand can be excellent, but, if you want your book to be up to publishing industry standards, then think about paying a bit more. I used Clays, who’ve been printing in Bungay, Suffolk, since long before I was born. Established over 200 years ago, Clays print some 170 million books a year, including those for leading publishers, and luckily they now offer short-run printing that doesn’t break the bank. Spend a little time deciding on the format of the book, the type of paper, and the finish of the cover. Maybe you even want to add a little bit of embossing or foil to the front? They’re far from essential, but many popular fiction covers now have these embellishments.

Tip 5. Be obsessional about how it’s shaping up along the way.
This book is your baby so of course you love it and think it’s wonderful, but try to be objective about its flaws. If you’re trade-published, work closely with your editor as much as you possibly can, and be open. One of my recent non-fiction books had several style inconsistencies and other annoyances, plus I didn’t think the doctor pictured on the cover should be shown wearing nail varnish. There’s always a way of expressing honest opinions in a pleasant manner. Or so I’m told. I just haven’t found it yet.

Tip 6. Keep learning.
A commitment to improvement is essential in making any book as good as it can be. That’s ultimately what helped me create something that could earn its place on a shelf of the best offerings from the Big Five.

And you can do that too.

About Carol:
Hybrid author Carol Cooper is best known as a doctor, journalist, and president of the Guild of Health Writers. She contributes to The Sun newspaper, broadcasts on TV and radio, and has a string of trade-published non-fiction books to her name. Now she writes and publishes novels, the latest being Hampstead Fever, a contemporary tale of urban life.

IN A LONDON HEATWAVE, EMOTIONS REACH BOILING POINT…
Ex-con Dan has it all. The perfect job and a new baby with his dream woman. So why is he still an outsider?
Laure had baby Jack late in life. It’s only natural she’s a little over-protective. Motherhood is terrifying.
After surviving serious illness, Sanjay’s got his life back. Now he wants adventure. Where does that leave girlfriend Harriet?
Karen’s love life is reduced to casual sex with the football coach. As a divorcee with four kids, romance is on her to-do list, just below the laundry.
Doctor Geoff’s relationship with actress Daisy is bound to be a bit dramatic. But why all the mystery?
A slice of contemporary multi-cultural London life to make you laugh, cry, and nod in recognition.

Thank you for a most informative article, Carol. You’ve certainly given us some interesting tips. Good luck with your next publications. We will be watching with interest.

Would you like to write for the RNA blog? Contact us on elaineeverest@aol.com
Posted by Elaine Everest at 8:00 AM

Thanks, Rosie. Hope it proves useful.