Welcome to the RNS blog, April, and many congratulations on being one of the contenders for this year’s award.

How long have you been writing - Is this your first published piece?
The very first thing I had published was a recipe booklet for Papadopoulou Biscuits in 2005, when I lived in Athens. I had tremendous fun developing simple recipes using their biscuits. Obviously I had to write it in Greek, so whoever edited it must have had a hilarious time! Sadly, it came out just after 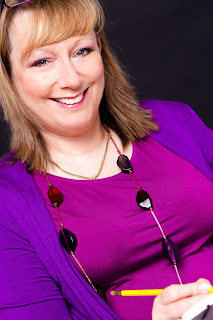 we left for Dubai and so I never got my copy of it.

I started trying my hand at fiction in 2008. We’d moved to Abu Dhabi and, having the words “Housewife – Not Allowed To Work” stamped on my visa had made it impossible for me to find any kind of food related job. I’d come to realise how much I’d enjoyed the written side of my Culinary Arts training and, as an avid reader I thought, why not give writing a go? Even if nothing comes of it, at least I’ll have enjoyed the time I’ve spent doing it!
So, in my naivety, I wrote an extremely wordy contemporary romance, and sent the first draft, accompanied by an equally extremely wordy cover letter, straight off to three agents ... Oh! How much I had to learn!
Our move back to Dubai, in January 2011, was a huge turning point. I’d been writing in secret – even my husband didn’t know – and, with no guidance or feedback because I wasn’t sharing my work with anyone, getting nowhere. And who knows how long that might have carried on, had I not gone into my new nearest shopping mall, Ibn Battuta, by the entrance which took me past a huge branch of Magrudy’s bookshop having a closing down sale. I was sad to see another bookshop close, but that didn’t stop me buying so many books I needed a supermarket trolley to get them to the taxi rank. It was a mix of novels and writers’ reference books. I opened a random page of the first one I picked up and my eye was immediately drawn to an article on Winchester Writers’ Conference.
Well, I’m from Southampton, and have family in Winchester, so it felt like I was meant to go. I had a fabulous week and met some wonderful writers, including the amazing Ali Spencer and Adrienne Dines, who told me about the RNA and advised me to join the New Writers’ Scheme. I have a lot to thank them for.

How many years were you a member of the NWS and did you submit a manuscript each year?
I remember sitting at my computer, New Year’s Day 2012, waiting for 3am to come round so I could click on my initial NWS membership submission to get it in as close as possible to midnight UK time. I was a member for 4 years and submitted my original manuscript twice, Sitting Pretty (my début novel) once, and Kind Hearts & Coriander (my second novel, which has just come out with Accent Press) once.

What came first, agent or publisher?
For me the agent came first. I was signed up by Alison Bonomi of LBA Books in November 2014, after meeting her and her husband, Luigi at the Emirates Airline Festival of Literature in Dubai. In July 2015, at the RNA conference, I had a very exciting one-to-one meeting with Hazel Cushion, MD of Accent Press, who went on to offer me a 3-book contract. Sitting Pretty was the one they decided to publish first
How did you find your publisher?
In my second ever one-to-one, at the 2015 RNA conference – thank you, RNA, you help make things happen!

Do you have a contract for one book or more?
I was very lucky to get a 3-book deal, although in my excitement when they called me, I didn’t hear the person on the other end of the phone properly and thought it was 2, so when the contract came through I thought they’d made a mistake – I did feel a fool – That’ll teach me to listen properly!

When was your book published?
The Sitting Pretty e-book came out in June 2016 and the paperback in July 2016. I had a fairly quiet launch at Daunt Books in London, followed by a much bigger one at the World Trade Centre Club in Dubai, two months later. I’m very lucky to have bases in two countries, and the fabulous support networks of the RNA back home, and WTCC and Emirates Literature Foundation in Dubai.

Newlyweds, Beth and Alex are moving to Dubai. But as the removal van drives away, Alex dumps her by phone. From the airport.  Then her old boss at Sitting Pretty rings, asking a favour, and on autopilot, she goes to feed Talisker the cat, whose dour but handsome owner, Henry travels a lot. Newly homeless, she sleeps on Henry’s sofa. Next day, Beth has her job back. And while she plans her next move she’ll secretly sofa-surf at her clients’ homes. If she’s careful, no one need find out.
But then she finds she’s not the only uninvited guest ...


What are you currently working on?
Several things, mostly romantic comedies, one of which is a sequel to Sitting Pretty, called Simone Says ... I can’t say too much about it though, without giving away Sitting Pretty’s ending ...
On the other side of the coin, I’ve also started penning a collection of short stories – dark comedies – with a theme of revenge running through them. I’m not sure what I’m going to do with those, but they just wouldn’t leave me alone until I started writing them down!

What piece of advice would you give current members of the NWS?
Value those reader reports, even if you don’t agree with every single thing in them! For me, deciphering why I was happy to make most of the suggested changes while there were a few I couldn’t bring myself to, helped me understand how I saw my own writing. It’s also great practice for working with editors further down the line.

Thank you, April. Congratulations again on graduating the New Writers’ Scheme and I hope you enjoy the Summer Party.

Posted by Elaine Everest at 7:30 AM

As has already been said, it's great getting to know more about our fellow candidates ... and being able to tell them a little about ourselves. Thank you, Elaine!