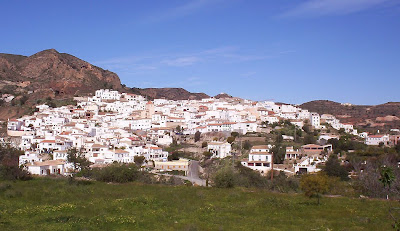 There is a certain myth that the weather is always hot in Spain. Brits have this vision of swimming in the pool in February. Well, let me explode that one. It ain’t gonna happen. True, it’s not as cold here on the Iberian peninsula as it is back in the UK, and certainly warmer than Shap Fell where we used to live back in the 80s, but this has been a cold winter, and unusually wet, with four times as much rain as usual. On the really bad days this can result in no electricity. Not good for a writer dependant on her computer but really quite romantic in a way. We light our candles and sit by our blazing log fire and read our books. What could be better than that? 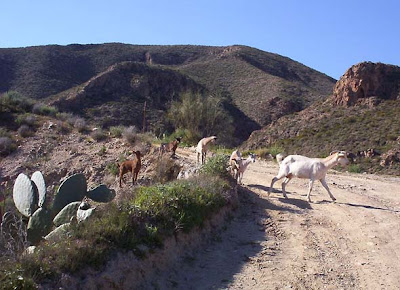 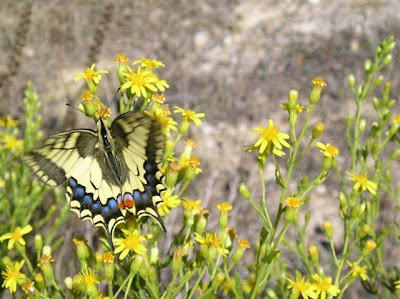 Easter is upon us now, the sun is shining, and this is a good time for walking in the quiet of the countryside. As you brush through the rosemary, thyme and sage that grows wild in the russet and ocre earth, the plants release their heady perfume. Some of the older villagers still collect herbs for their patatas a la pobre, a delicious dish of fried potatoes, onions, peppers, garlic and herbs. We work in our garden in the afternoons, while the soil is moist and friable, before the sun bakes it hard. But we have to be careful as this part of Andalucia is a haven for the tortoise, a protected species, and a family with their young do live in our garden. We also have the rare black wheatears, crested lark, swallows, martins, kestrels and other birds of prey, even a robin who always spends the winters with us. Wild boar trot through, and occasionally dig holes to nibble at the roots of plants. They don’t trouble us, and they were here first.

Most of the time, like any other writer, I’m at my computer. I work from 9am to 1.30, each day, then again from 4 – 7 pm, sometimes longer as a dead line approaches. I have two books coming out this April: the paperback of my latest saga, House of Angels, Allison and Busby, and Hostage Queen, pub by Severn House in hardback, (a paperback is due in the autumn). This book has been a new departure for me, since it’s an historical set in sixteenth century France. It has involved a great deal of research, but I have to say that I’ve loved every minute of it and already written the sequel: Reluctant Queen, with a third book to follow. Margot’s story is fascinating as she led such an adventurous life.

Marguerite de Valois is the most beautiful woman in the French Court, and the subject of great scandal and intrigue. Her own brothers: the mad Charles IX and the bisexual Henri III, will stop at nothing to control her. Margot loves Henri of Guise but is married off to the Huguenot Henry of Navarre. By this means her mother, Catherine de Medici, hopes to bring peace to the realm.

But within days of the wedding the streets of Paris are awash with blood in the Massacre of Saint Bartholomew. Not only is her new husband’s life in danger, but her own too as her mother and brother hold them hostage in the Louvre. Can they ever hope to escape and keep their heads? In a court rife with murder, political intrigue, debauchery, jealousy and the hunger for power, it will not be an easy task. 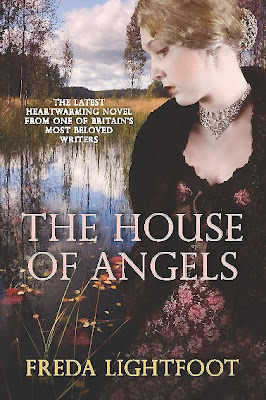 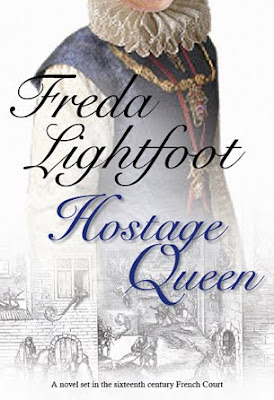 Freda I am so relieved to think that you aren't having to cope with boringly hot sunny days all year round (vbg!). It still sounds delightful, and you are very disciplined with your writing. Your two new books sound wonderful - such a contrast, and beautiful covers, too. Can't wait to get stuck in (once I have done my own quota of writing, naturally).

Thank you for your kind comments on the book, Linda, and yes, it's lovely here, even if we're still not in the pool. But as the last designated desert in mainland Europe temperatures are far more extreme than in the temperate UK. People coming here on holiday in the winter should expect cold nights even if the days are warm. As for being disciplined, addicted would be a better description, as I'm sure you will appreciate. There are worse kinds, I suppose.
Best, Freda