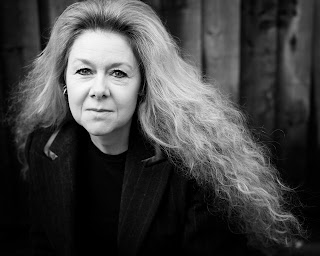 me to historical romance author Pia Fenton, who writes for Choc Lit as Christina Courtenay. Her Choc Lit debut novel, Trade Winds was shortlisted for the RNA’s 2011 Pure Passion Awards in the Historical Novel category.


Pia, can you tell us how you first got started?

I first decided to write when my older daughter was a baby because I wanted to stay at home with her, but still needed to earn some money. Like many others, I thought it would be easy to write a Mills & Boon so I wrote two and sent both off. They came back very quickly of course, but by then I'd realised how much I enjoyed writing, so I carried on trying. I finally got published a couple of weeks after my daughter left home, aged 21, with a D C Thomson, My Weekly Regency novella called "Marry in Haste", and I had three more published by them after that. Funnily enough it was a reworked and shortened version of that very first M & B novel I tried to write so I guess that just goes to show you should never throw anything away!

To plot or not to plot? How much of a planner are you?

Not much of one at all, at least not to begin with. Usually I start with a particular scene, which might have been triggered by something I’ve seen or heard and given me the idea for a story. That can be anywhere in the book, so then I work backwards or forwards from that point to build the novel around it. If I get stuck, I try to do a sort of outline to see where I’m going, but other than that, I just write. Very disorganised, I know, but it seems to work for me!

What do you think an editor is looking for in a good novel?

The kind of story you just can’t put down, where you fall in love with the characters and don’t want to leave them. Everything else comes second. Editors and agents never seem to be able to tell us exactly what kind of story they want, they just instinctively know it when they find it – not much help to authors really, we just have to hope what we’ve written is ‘the one’.

Do you write every day? What is your work schedule?

I try to write every day but don’t really stick to a schedule. If I’m in the middle of a story, I might write obsessively morning, noon and night, but if I’m just revising a manuscript or working on ideas, I can go for days without writing anything at all.

Which authors have most influenced your work?

Georgette Heyer, Elizabeth Chadwick, Barbara Erskine, Susanna Kearsley, Johanna Lindsey – those are just a few as I’m influenced by almost everything I read and not just romantic novels. I also like historical adventure stories like those created by Steve Berry and David Gibbins, and medieval sleuths like Brother Cadfael by Ellis Peters.

What is the hardest part of the writing process for you?

Doing rewrites requested by the editor/copy editor. I know she/they can see things I don’t notice myself, but I don’t like tinkering with the story too much once I feel it’s finished. Also, it’s hard to maintain your own ‘voice’ if you add things other people have suggested.

How do you promote your books?

I try to grab whatever opportunity is offered to me – guest blogging, interviews and taking part in talks or workshops. I also try to post regularly on Facebook, Twitter and my blog, and I’m part of two group blogs – the Choc Lit Authors’ Corner www.blog.choc-lit.co.uk and The Heroine Addicts http://www.theheroineaddicts.blogspot.com/.

Do you find time to have interests other than writing?

Yes, I love history and archaeology (the armchair variety) and I’ve been doing genealogy for many years as a member of the Guild of One-Name Studies http://www.one-name.org/ . I don’t have as much time for these as I would like, obviously, but I do it whenever I can. There are other things I like doing too – reading of course, gardening (which I’m rubbish at!), embroidery and DIY (painting mostly), and I’m hoping to learn how to do bricklaying one of these days as I’d love to be able to build a walled garden. Crazy, I know …

What advice would you give a new writer?

Find a writing buddy who is at the same stage as yourself. You can critique each other’s work and support each other when the writing feels like hard going and you want to give up. I have two and they’ve been invaluable to me. 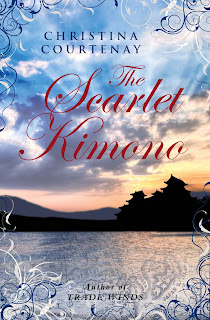 your latest book, and how you got the idea for it.

The Scarlet Kimono is the story of Hannah, a young English girl in the 17th century who envies her brother’s adventurous life. She decides to stow away on his merchant ship and ends up in Japan, but once there, she is abducted by a warlord, Taro, to whom she’s instantly attracted. He, in his turn, is fascinated by her, but there’s both a clash of cultures and wills and this of course stops them from admitting the attraction. With Hannah’s brother desperate to find her and a jealous rival equally desperate to kill her, she faces the greatest adventure of her life. And Taro has to choose between love and honour …

I was lucky enough to live in Japan for a few years when I was younger and as I found everything about that country intriguing, I started to read about its culture and history. I was especially interested in Japan’s reaction to the foreign traders and missionaries that arrived in the 16th and 17th centuries, but I was disappointed to find that they were all men.

It made me think though – what if a European woman had gone there? What would have been the reaction of the Japanese to a pretty female foreigner? Perhaps they would have viewed her differently to the somewhat coarse men who had come to their shores. And then I tried to imagine what it would be like for a young 17th century English girl to arrive in a country that was so completely different to anything she was used to. If she should happen to meet a powerful and handsome Japanese samurai warlord, how could she do anything other than fall in love? And so the story took shape in my mind.

In what way has the RNA helped you or your career?

I don’t think I would have kept on writing if I hadn’t joined the RNA. It was a revelation to find that there were so many other writers who were just like me and once I started sending manuscripts to the New Writers’ Scheme I found out what I’d been doing wrong. I also learned so much from all the wonderful talks, workshops and conferences, and have enjoyed the parties. I met my two writing buddies through the RNA and so many other lovely people – I definitely wouldn’t be published if it hadn’t been for the RNA.

Do you enjoy research and how do you set about it?

No, I actually don’t like research very much, mainly because I’m very impatient! I would prefer to just get on with the story, but of course with historicals, you have to know your facts as much as possible so research is essential. When I first get an idea for a story, I decide which year it’s set in and where. I do some general reading around that particular period in history, then I start to research specific things like clothes, food, attitudes and politics of that time. Once I have the basic knowledge I need, I start to write and then whenever I come across something else I need to know, I research that as and when necessary. Sometimes while researching one story, this sparks an idea for another though, which is great – I put that to one side until the next book.

Finally, can you tell us something of your work in progress?

I’ve just finished my third novel 'Highland Storms' (sequel to Trade Winds) but it will probably need revisions so that's what I'll be doing next.

Thank you, Pia. Your hard work and persistence has certainly paid off. I wish you every success with your latest novel.

If you want to know more about Pia and her writing, visit her website www.christinacourtenay.com or www.choc-lit.co.uk
Posted by Rosie Hendry at 9:01 AM

That was an interesting interview, Pia. Thank you, Pia and the interviewer.

Great interview. I love the dramatic black-and-white photo of you, Pia!

Really interesting to read more about you, Pia, and the Scarlet Kimono is on my TBR list!

Thanks everyone and I'm glad you like the photo, Julie :)