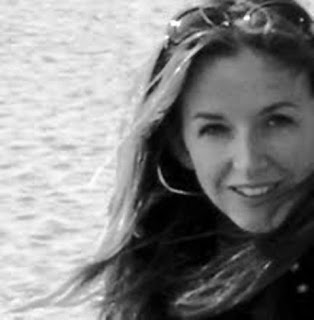 The only certain thing about life is change, and when you live as an expatriate it is a constant parade of greetings and goodbyes, to houses, countries and friends. Someone said to me the other day that she wished just once she could have a conversation with a person without having to explain who she was, and what she did.
‘What do you do?’ can be a tricky one when you are a writer, a parent, a trailing spouse. Now my debut novel has been published, at last I have a rejoinder to the inevitable ‘oh? What have you published?’ question that follows quickly on the heels of ‘what do you do?’ If you’re a writer – putting in all those years of work into a book before you get a deal, that glazed look of boredom/disbelief (is she a fantasist?) that comes over people’s faces when you say you haven’t published anything – yet – can be tricky. You know you’re a writer. You just haven’t got the book yet to prove it.
‘What do you write?’ is usually the next question, assuming the person you are talking to reads at all. It’s amazing how many times you get: ‘Oh, really? A writer.’ He/she steps away from you, as if reading is catching. ‘Well. I haven’t read a book since school, don’t have the time …’
Sometimes there’s snobbery if you’re not aiming for the next Booker. I remember being introduced to a lawyer (female), at a kid’s birthday party. She asked what I wrote – I said ‘well, it’s been called quality women’s fiction.’ I may as well have told her I had the plague – her face crumpled into a moue of pity: ‘Oh dear …’ she said.
Then, if you tell people you write romantic fiction, the reactions become really interesting. Often you can see the change of expression on people’s faces as they mentally adjust their picture of you towards pink chiffon and chaises longues. From the chaps there’s often a twinkle of interest, images of ripped bodices in their mind. Women normally relax and tell you about their favourite authors, (‘are your books anything like ..?’)
Universally, there seems to be an assumption that writing romantic fiction is easy. Which, maybe you’ll agree, is amusing. A friend who is thinking of going back to work told me the other day that her husband had suggested she ‘knock out a novel like Kate’. Another settled down on the old Chinese day bed I bought to brighten up our staff accommodation on the compound. ‘So is this where you lounge around wafting out your novels?’ she said, clearly not seeing the piles of files and cluttered desk in the corner of the room.
I don’t think I want to disillusion people. If they knew, as we know, that writing novels has less to do with fairy dust than months or years of solitary work, maybe romantic fiction would seem less – romantic. But where I live now, surrounded by desert, by people who come and go, I have never felt luckier to do what I do. Each day I get to lose myself in the Technicolor world of my story, in characters I know as well as my best friends. That’s why I love it, and why I’m proud to say I’m a romantic novelist. 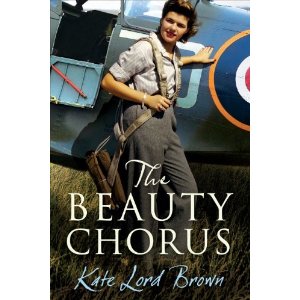 Kate's Book THE BEAUTY CHORUS is out now...
Corvus,
1st April 2011
Hardback: £16.99
Perfect Paperback: £12.99
Kindle: £7.99
Romance, glamour and adventure in the skies: an enthralling debut inspired by female pilots in World War Two.  166 women signed up to fly Spitfires and bombers from factories to airfields across the country. It was an adventure that would cost many their lives. To the fighter pilots, they are ‘the beauty chorus’.
Posted by Unknown at 6:06 AM

Enjoyed reading about you, Kate, and I so know what you mean about reactions to being a writer. Your book cover is lovely and it sounds a very interesting story.