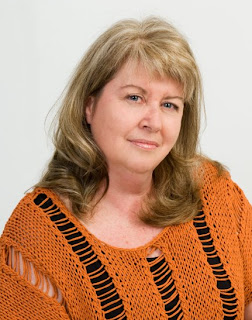 r, Janet Gover’s Australian hometown suffered devastating flooding in January, she felt she had to do something to help. Living thousands of miles away in New York, the question was how? Then the perfect answer for a writer came along.

Janet, can you tell us how you first started writing short stories?

When I was about eleven years old, I read a short story called The Maltese Cat by the incomparable Rudyard Kipling. The Cat in question was a speckled grey polo pony. I fell in love – not just with the pony, but with the idea of short stories. Here, in just a few pages, was all the drama and excitement of a whole book… made stronger and more effective by its brevity.

I wrote my first short story a few days later and have never stopped. Short stories are challenging to write, but my most recent story was more challenging than most – and more rewarding.

How did you come to write this story?

In January of this year, I was working in Miami, Florida. I turned on the TV in my hotel room to watch the morning news and the first thing I saw was a wave of floodwater smashing through my home town of Toowoomba, in Australia. I was stunned and unable to really comprehend what I was seeing. Toowoomba, you see, sits on top of a mountain range. It's not exactly prone to flooding. A few seconds later, the scene shifted to Brisbane – and I saw one of my favourite restaurants being washed down the river and crushed under a bridge.

It was hard being so far away at such a time. I wanted to help – but what could I do from the other side of the world? Then Sue Moorcroft, another RNA member, alerted me to a project called 100 Stories For Queensland.

An Australian publisher was planning a book of short stories as a fund raising venture – with all profits to go to the Flood Appeal. They were eager to get it done quickly because the need was so great. They didn't want stories about the floods. They wanted fiction. Uplifting fiction. I started thinking about my home town. I loved growing up in the bush – but I left. Some of my friends stayed. I thought about why each of us made that decision and then started writing. I sent the story off the next day.

Within 16 days, more than 300 stories had been offered by writers all around the world. 300! Some of the writers, like me, had a link to the flood devastated areas. Many did not. They just wanted to help. A team of people donated their time to turn the collection of stories into a book, and I am so proud to have my story included. Sue is there too. 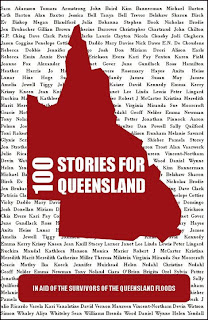 I can't put it any better than Kate Eltham, CEO of The Queensland
Writers Centre who wrote: “100 beautiful stories. Our stories. When so much was lost or destroyed, this was created. That’s something that can never recede or wash away. ”

The book is now available as both paperback and e-book and the money is being sent to people who desperately need it. Not only that, the book has some really enjoyable reading in it. There's romance and adventure, science fiction and gentle realism. Something for everyone.


Some of my past washed away in that flood. It will never be recovered. But there's something there now that will outlast the floods and the damage and the heartbreak. Something for the future.

Thank you Janet, and we wish you and 100 Stories for Queensland every success.

If you want to know more about Janet and her writing, visit her website
http:// www.janetgover.com

For more information about 100 Stories For Queensland http://www.100storiesforqueensland.org/

Good to meet you through the RNA blog, Janet. And congratulations on your story being in the book. I was in the '100 Stories for Haiti' and it's such a worthwhile use of our writing!

I don't have a Queensland link at all, it was just coincidence that I was approached to write for the anthology and mentioned it to Janet. I'm glad that it happened, though, as the pictures on TV were staggering. It's difficult to conceive of people losing, literally, everything.