Today we have Hilary Green as our guest on the RNA Blog. Hilary is a trained actress and spent many years teaching drama and running a Youth Theatre company. She has also written scripts for BBC Radio and won the Kythira prize for a short story. She now lives on the Wirral and is a full-time writer.

Tell us how you got into writing, Hilary. 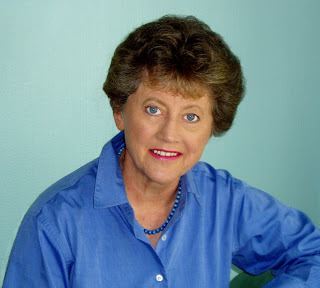 I have always made up stories, from my earliest childhood. I loved reading and it seemed a natural progression to start writing my own books. Having said that, it has taken me many years and several false starts to achieve success. The crucial factors which finally resulted in getting my work published were a) taking an MA course in creative writing, which allowed me to show my work in progress to a genuinely critical readership and b) seeking the advice of a literary consultant, Hilary Johnson, who understands how the publishing industry works.


To plot or not to plot? How much of a planner are you?
I usually have a pretty clear idea of the shape of the story before I start writing; but that doesn't preclude variations which suggest themselves as I go along.

What do you think an editor is looking for in a good novel?
I suspect that most editors, these days, are not looking for ‘good’ novels. They are looking for a book which will be commercially successful, which seems to mean something as similar as possible to other books that have sold well. In other words, to impress an editor your book has to fit into a defined pigeon hole.


Where is your favourite place to work?
I have a small room upstairs in my house where my computer and all my books are. But a lot of the real creative work is done when I am not actually writing, but in bed between waking and sleeping.

Do you find time to have interests other than writing? How do you relax?
I love gardening and country walks. I go horse-riding once a week and I play Bridge, which is good exercise for the brain.

What draws you to your particular genre? Are you a specialist or do you have another identity?
I love historical novels, but I am hoping to develop new approaches, probably under another name.

Do you enjoy writing sequels or series? If so, what is the special appeal for you?
I like to cover a broad canvas, which tends to mean I can't tell the whole story in one book. My ‘Follies’series, for example, covers the lives of four characters for the whole duration of World War II, so it required four books.

How do you promote your books, and how much time do you give to it?
I give quite a lot of talks in libraries and to book clubs and organisations like U3A. I enjoy doing it and the talks always go down well. I should be happy to do more.

Is there a particular period of history that you enjoy writing about? Why is that?
The six novels I have published to date are all set in World War ll. This is partly because they were inspired by my parents’ reminiscences of that period and the years just before and partly because, having grown up in the post-war period, I feel I have a connection to it. But I have also written about Bronze Age Greece and Cyprus in the 1950s. My next book is set in the period from 1912-1918. 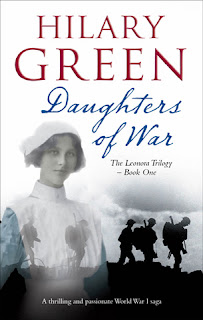 Daughters of War is set in 1912 and tells the story of a young woman who goes off to nurse wounded soldiers in the First Balkan War, when the Serbs and Bulgarians and Greeks were fighting to free themselves from the Ottoman Empire. It was inspired by the true stories of two remarkable women. Mabel Stobart was a proto-feminist who believed that if women wished to be equal with men in the political sphere they had to show that they were able to show the same courage and prepared to endure the same hardships as men in the event of a war. She founded the Women's Sick and Wounded Convoy, which was dedicated to rescuing wounded soldiers from the battlefield, and took them to Bulgaria in 1912 to prove her point. She then went back to Serbia with a similar mission during the First World War. Flora Sands, a vicar's daughter, also went to Serbia to nurse. She became separated from her unit and was befriended by a company of Serbian soldiers. She fought with them right through the war and was the first woman ever to be accepted as a regular soldier.

My heroine, Leonora, is a feisty young woman who longs to escape from the confines of Edwardian society. She and a friend run away to join Stobart in Bulgaria. They endure great hardships and experience harrowing scenes. But both also find romance though in neither case does the relationship work out as they expect.

Daughters of War, which is published by Severn House, will be followed by Passions of War and Harvest of War, which take the same characters through the terrible years of World War l.

Are these sequels the books you are working on now?
At the moment I am working on another story set in the Second World War. It is about a pair of teenagers trying to escape from occupied France. They are befriended by the owners of a canal boat, who happen also to be members of an escape network set up to help downed allied pilots get back to the UK. Later they are caught up with a band of maquis, resistance fighters hiding out in the forests of the Morvan in central France.

It’s always fascinating to hear how writers’ get their first break, and there’s no right or wrong way to do it. For more about Hilary and her books, visit her website:
http://www.hilarygreen.co.uk

Thanks for the interesting interview.

I love the sound of Daughters of War and will have to buy this.

Interesting interview, Hilary, and I like the setting for your novels.

Enjoyed interview I think Hilary is a fantastic writer. I have just finished reading the first three books of the follies set and I loved them, however I can not get hold of the final book THE FINAL ACT it's driving me mad