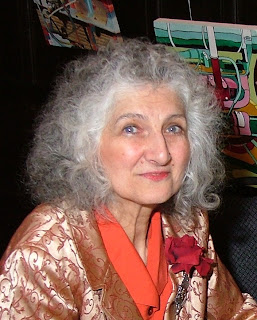 
How did you get started?

I always wrote, but writing was a second career. I’d written short stories and attempted novels, but it was only when I decided to write a Mills & Boon historical romance that things took off. It took me 8 books to write one that was publishable, though.

To plot or not to plot? How much of a planner are you?

In the early days, I plotted a lot. Once I realised the plot changed while writing, I let myself go a little and did less. Now it seems to depend what I’m writing, but mostly I plot less. I have an idea of the story, jot down a few incidents and then let the characters take me where they will. In my first historical crime novel, just coming out in the US, I didn’t even know who the murderer was until nearly halfway through the book! But that was fun.

What do you think an editor is looking for in a good novel?

It’s that elusive thing – page-turning quality (PTQ). If a novel has that, then minor matters can be handled. Otherwise it’s a matter of luck whether a writer’s voice appeals. If there’s one piece of advice I’d give to move towards PTQ, I’d say: don’t waffle around – cut to the chase, get to the action.

Where is your favourite place to work?

I don’t have one. It’s my office-cum-bedroom at the moment and the door is open. I tend to write first draft with my Alphasmart on my knees and the PC open at my cue sheet (ie such plot as I have, plus cast names and places, ideas, etc).

Do you write every day? What is your work schedule?

Unfortunately not because I also have “life”. I try to get three working days in the week and usually write best in the afternoons. I tend to turn out around 2000 words, but when pushed I can do 5000+ if I have enough day and I’m going well.

Which authors have most influenced your work?

Georgette Heyer mainly because she was the inspiration behind writing historical romance (I write late Georgian/Regency). But I’ve also been influenced by Daphne du Maurier in my mainstream work, and I suppose Agatha Christie and Ellis Peters would be my main crime standards. I’d love to think I write as clever a mystery as Christie and as deep a sense of period and place as Peters in Brother Cadfael, but I wouldn’t bet on it!

What is the hardest part of the writing process for you?

Getting the first draft out. Rewriting and editing is much easier. It’s much easier to write a first draft if I can dedicate at least four long consecutive days in a week to doing it. The faster I write the better I write, because I don’t think too much and the story takes over.

How do you promote your books?

Well, that’s a toughie. I’m not very good at it, but I’m learning the ropes with Twitter and building an online presence. I do now have some journalist contacts, so hope to use them with this new book. Luckily, I have a publicist with my new publishers, so I get a lot of help.

Do you have interests other than writing?

Many. I think you need them to feed your imagination and develop your knowledge of the human condition. Having been an actress, and then a theatre director, I’ve had a lot of basic training which helps to create characters and build their emotional life.

What advice would you give a new writer?

Just get it down. Don’t worry too much about rules and doing it right. The only way to learn to write is to write. So write. Then you’ll learn what worked and what didn’t and how to make it better. You can’t edit a blank page.

Tell us about your latest book, and how you
got the idea for it? 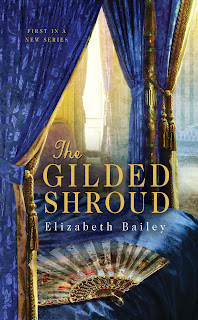 The Gilded Shroud is a new departure for me, entering the crime arena. I’m writing in the same period as I did for my historical romances, so it makes the research easier. An aristocrat is murdered in her bed, her husband is missing and Lord Francis, her brother-in-law, has to pick up the pieces. He finds unexpected help in his mother’s new companion, Ottilia, who in this story becomes a sleuth of no mean order. There’s more data about it on my website at www.elizabethbailey.co.uk The original idea was intended for a big historical series, which I thought of ages ago. My brother suggested it could work as crime, but I just left it on the back burner for years. When I decided to change genre, this was the obvious starting point.

It’s the third in the series. Ottilia and Francis are caught up in the mystery of a girl who is alleged by her guardian to be deranged, whereas she claims he wants her money and won’t let her marry the man she loves. When the guardian turns up dead, Ottilia is on hand once again, with Francis in support, to find out whodunnit.

With the way publishing works, I shall soon be moving on to book four!

Thank you for talking to us, Elizabeth. We wish you good luck with your new crime series.

To find out about Elizabeth's writer's advice service see www.helpingwritersgetitright.co.uk

I've just finished the Gilded Shroud and I loved it! Ottilia is a great heroine and I can't wait for the next in the series

I loved what you said about plotting, Elizabeth. I wish at this stage i could just let myself go with plot, but I tend to wander too much if I do. This new novel sounds delicious.

I can't wait to read THE GILDED SHROUD, Elizabeth. I'm a huge fan of your historicals, and am thrilled you're moving into the historical crime arena.

All the best of luck with it

This sounds like a great read, Elizabeth. Off to do some damage with a digit on one-click!