When her feckless mother dies in childbirth, Phoebe Giamatti is left to raise her baby brother, but she must keep the truth about his birth from his gangster father and from her Italian family, or risk vendetta coming to the streets of London..

Wanting to run away from her unhappy past, Alice Woodstock takes a job as a costumed interpreter in a stately home where they are re-creating the summer of 1814. It's all like something out of the pages of Jane Austen or Georgette Heyer, until her real life and her fictional one start to become entwined… 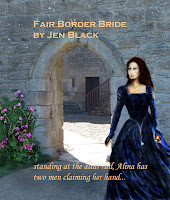 Harry Wharton runs foul of a reivers' raid and though Alina protects him, her father threatens to kill him. An exciting historical romance set in 1543 in which tensions mount and force Alina into a major decision that will change her life.

A stranger could light up his world...or drive him deeper into darkness. A camping trip researching ghosts on the Isle of Wight turns into a rollercoaster ride for Will when he meets Marcus, a reclusive author with a mysterious - and deadly - past.

Available from Amazon or from Samhain - see here for excerpt:
http://store.samhainpublishing.com/wight-mischief-p-6530.html

The ninth Libby Sarjeant adventure: Libby and Fran investigate after an uninvited guest turns up dead at a creative writing weekend.

After years fighting the trials presented by the sea, Captain Ross Quentin finds an even greater challenge on land – convincing Bella Richmond to become his bride. But another plans to wed her. Kidnapped, Bella finds herself aboard a sinking ship in a storm. Can Ross save the woman he loves?

Bellina Mazzanti Forde was the ultimate party girl—until she disappeared with Byron Brantley. Jonathan Brantley tracks Lina to Naples. He vows not to let Lina out of his sight until she agrees to help him find his brother—even if it takes all night. Though he doesn’t trust her, he can’t deny that he wants her—has always wanted her…

Strangers in the dark, meeting for anonymous, hot and dirty sex. That was the way it was meant to be. But Whitney is increasingly drawn to her Stranger, more than she should be. Even if once he sees her face, he’ll run screaming. Then Whitney receives an offer from the Durban Trust for cosmetic surgery. Although she knows looks don’t matter, they’ve cost her too many promotions. She has to change her face to change her life.

http://www.jasminejade.com/p-9658-strangers-no-more.aspx is the web reference

Viscount Beaumont has buried himself in the country since his wife died. As the French Revolution rages, French actress Verity Garnier is ordered to England to seduce him back to France. She despises men, but she must not fail.

Fae Heath wants to be on TV, but not just any show. She wants to be on Ghost UK. She intends to win the contest to find the next presenter. Tall, slim and blonde and access to a haunted Welsh Castle on Halloween – how can she fail?

Betrayed by his brother and his childhood love, Brice Kinross needs a fresh start, but when he takes over the family estate in the Scottish Highlands, there’s trouble and he finds himself unwelcome. He discovers an ally in Marsaili Buchanan, the beautiful redheaded housekeeper, but can he trust her?

The In between years, 1942-50. Dip into my memories which include - Dried egg, doodlebugs, Disraeli, Daydreaming, and, of course, Dancing in the Street, which indeed we did on VE night...

Nellie is a talented paintress in the pottery industry in 1920s. She is forced to take work where she can to support her parents and 3 siblings. She loses her heart to the wrong man. Can she ever move into his world of wealth and power? (First of the Potteries stories)

The third story set in the Potteries featuring Nellie and her family. The youngest sister is now grown up and has ambitions in journalism. She encounters prejudice and feisty and determined, she forms a plan. Ever the matchmaker, she meets the man she wants to marry ... eventually!

Following the death of her mother, Jenna Manning discovers she’s inherited an isolated farmhouse in the Lake District. But she’s shocked to learn she’s joint owner with the man responsible for her mountaineer father’s death some years earlier. Among the shadows of the mountains Jenna is forced to face up to some old fears and long held prejudices.

Please note prices may vary.
To have your new titles included on the RNA Blog, please contact freda@fredalightfoot.co.uk

Posted by Freda Lightfoot at 5:10 PM