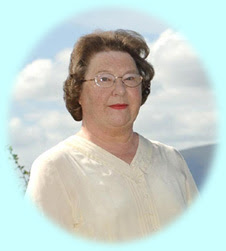 Scottish based author, Gwen Kirkwood, has been involved with farming all her life. Her knowledge and love of country life gives depth to her warmhearted family sagas set in rural Scotland.

Tell us what made you want to write and how you got your first break?


When I first left home telephones were only for emergencies, so my weekly letters were long and newsy. My mother often said, "You ought to write a book".
My first attempt at adult fiction was entering a Woman's Weekly competition for a first chapter and synopsis judged by Woman's Hour and Woman's Weekly. I didn't win but Lynda O'Byrne, the WW fiction editor, wrote to say she had enjoyed my entry. She suggested I finish it and send it to Robert Hale. I wrote by hand and laboriously typed it with help from Mr Tippex. It was too long for the Hale Rainbow Ro 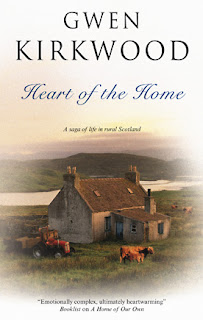 mance Series and I assumed this was a rejection. Months later a letter arrived asking if my submission was ready. I had an almighty scramble to re-write and re-type. I wrote three more Rainbow Romances.
I didn't know any other writers and I was very naive. I chose an agent from Writers' and Artists' Year book. The first was full up. The second, chosen at random for her name of "Heather", sold Fairlyden to Headline with a contract for three more. I learned a tremendous amount from the editor and copy-editors. I knew nothing of the RNA until I was invited to join. I learned about the business of writing and publishing from the quarterly magazine. Later Romna began a weekly digest. Wendy Wootton and Shirley Worrell helped me get to grips with the internet and I no longer felt isolated. There is always someone willing to help or advise on Romna.

I prefer my own quiet office. Sometimes I have dreamy music playing in the background. When I began I had a husband and young family and life was hectic. Writing time was snatched. I kept a notebook and pencil in the cutlery drawer, beside the iron, in the bathroom, beside the bed, in my pocket when outdoors. I jotted down ideas and thoughts 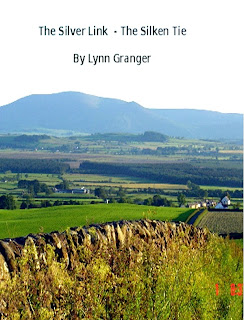 which jumped into my head. A tip for busy people - jot down a few words for the next passage before you stop. It helps you pick up the thread again.
I had a six year break from writing (for publication) when my husband died. The farming business provided the "bread and butter" for employees as well as my son and younger daughter. These days I am supposedly retired. I usually write each morning, and some times in the evening when a passage is clamouring to be written. I write straight to the computer. Cut and paste is a blessing!

When I start a new novel it has usually been incubating in my head for a while. I write the names and of places and main characters, physical characteristics, dates of birth. (needed in a series). I know roughly how the novel will end up but the journey is still a mystery which unfolds as I go along. I note details of other characters as they appear. I cannot work to a detailed plot. I enjoy creating a fictional world and the people in it. The first draft of a novel, especially the middle, is the most difficult but I enjoy the second draft, editing, strengthening plots, or characters, making waves to add tension and increase pace. I like to research and include real life events. 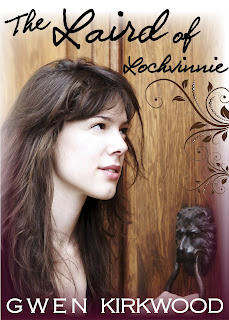 Do you believe writing is a skill anyone can learn? What advice would you give to a new writer?

Not everyone has a natural talent for story telling, or the craft for putting it together in writing. I believe writing has to come from the heart, with the determination to keep going, but be willing to listen to advice from experienced critics. I am constantly learning and changing. Two tips I wish I had known earlier. One is how to grip the reader's attention early - the first sentence if possible. When reading the revised draft if an incident jumps out at you, even if it is the third chapter, be ruthless. Start your story there, feed in the earlier passages if, or when, required. The second tip came from the last chapter of Stephen King's book "On Writing". He does not believe in using adverbs. Now I am conscious of them and amazed how often I can cut both adverbs and adjectives without detracting from the story, and often improving it. 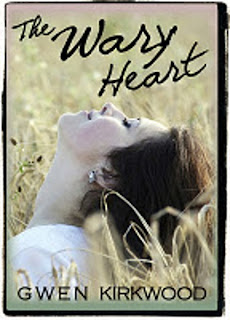 In what way has the RNA helped you or your career?

At the York Conference in 2000 the RNA resurrected the Elizabeth Goudge Trophy. The competition was for the first chapter of a historical novel judged by Richard Lee. I won, with Margaret James as a close second. It kick started me into writing again. Thank you RNA. I finished the novel. The following year at the Cheltenham Conference I met Dorothy Lumley of DLA who is now my agent. I have written 11 more sagas and 2 shorter romances since then.

Do you find the increasing amount of time a writer has to spend on social networking and blogs a distraction from your writing, or of benefit?

I have a lot to learn about media and marketing. I have contributed occasionally to the RNA Historical Blog since 2009. Recently I joined four other novelists at http://novelpointsofview.blogspot.com where you can see my changing choices in books. I have joined Facebook and Twitter (@kirkwoodgwen) and started a blog of my own but if anyone reads it you may find as much about farming, gardening and family affairs as writing - but these are the things which make me the way I am and influence the way I write. 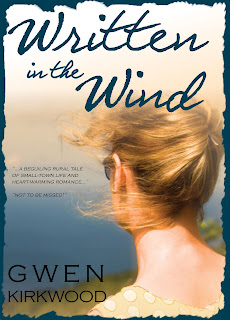 Do I suffer from writer's block?

Usually I can work things out in my head when the house is quiet and I am lying relaxed in bed, ready to sleep. As a child my imagination was always most vivid at bedtime.

With the increasing popularity of ebooks, how do you see the future for writers?

Whether we like it or not I believe e-books are here to stay. I have uploaded some of my early romances and intend to upload my first four sagas soon because they are out of print and I have the copyright. Hopefully digital editions will keep books available, and affordable, and I like that idea. Most publishers seem to be including digital rights in contracts now, but I still like the sight and feel of a "real" book with an attractive jacket.

Thank you very much Gwen for taking the time to talk to us and for sharing some excellent writing tips.

To find out more about Gwen and her work visit her website at www.gwenkirkwood.co.uk

Email ThisBlogThis!Share to TwitterShare to FacebookShare to Pinterest
Labels: Gwen Kirkwood, Heart of the Home

This is a lovely interview and Gwen's tips are always valuable. How fabulous that the earlier books are going to be available again - a real treat for those of us who love a Scottish saga and 'a Gwen Kirkwood'!

Love the covers, Gwen. I'm sure they'll do well.

So you're a pantster Gwen. I never would have guessed! Lovely covers and an inspiring story of how you found your way into the publishing world.

Great interview, Gwen. Lovely covers. So interesting to hear how the RNA helped you on your way.

Super interview, Gwen. And fascinating to hear how the RNA helped you on your journey.

Gwen, I was also born and have lived all my life "in the country". Not on a farm but my favourite aunt and uncle lived on a wheat farm just out of town so I spent a lot of time there as a child and had sleep-overs with my younger cousins. I used to watch my aunt milk the cows and separate the thick oozy cream which we later got to eat!
I still visit and am close to their son and wife and family, and live on the edge of town on an acreage block with an Aussie native garden. I love that it's evergreen and attracts honeyeaters, lorikeets and rosellas.
My raised vegie garden beds are now growing irises!!
Lovely to hear about your writing and farm/country life.

What a lovely interview, Gwen. It was great to read more about you and your writing through the years. Beautiful covers!