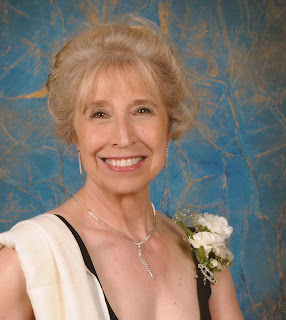 Over the next few months we’ll be meeting the authors short listed for the 2012 Joan Hessayon New Writers' Award.

A warm welcome today, to the first of these writers, Lynda Dunwell. Many congratulations on being short listed for the award, Lynda. Do tell us about your novel and how you got the idea.

My novel “Marrying the Admiral’s Daughter” went through the NWS twice! It’s a Regency romance with a strong nautical theme. My hero is a dashing frigate captain in Nelson’s navy, where an ambitious, but less wealthy recruit, could progress through the ranks by his own merit. Hence the ideal background for my hero Ross Quentin. Returning to shore after a long period at sea, where he has accumulated a fortune in prize money, Ross is the equivalent of today’s self-made man. But as a romantic novelist I faced one huge problem – how to get my sea-dog hero on land long enough to fall in love. That’s why I set my debut novel for Musa Publishing during the brief Peace of 1802.

How did you hear about the RNA, and how long were you in the NWS?

My mother died suddenly in 2005. She had always encouraged me to write and read my manuscripts with great enthusiasm. I had promised her one day I would be published. I searched the net, found the RNA and joined the first week in January 2006. I am indebted to the RNA not only for the many friends I have made through conferences, ROMNA and the Leicester Chapter, but also to my NWS readers, whose advice regarding plot, characterisation and style has enabled me to fulfil my promise to my mother.

Where did you find the inspiration for your characters? 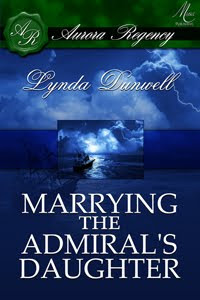 Like many historical romantic novelists I read Jane Austen’s works. One of my favourite characters/heroes is Captain Wentworth in “Persuasion”. Jane knew the service well as two of her brothers had distinguished careers in the navy. My attraction to naval heroes also came through reading the fictional adventures of sea-farers like Hornblower (C.S Forester) and Jack Aubrey (Patrick O’Brian), just two of the many authors who have succeeded in capturing the exciting and romantic life-style of an age when Britannia ruled the waves.

To match my hero, I needed a strong minded heroine who had an understanding of life in the service. So, Bella Richmond is an admiral’s daughter.

But I couldn’t keep Ross away from the sea – he just wouldn’t rest until I put him back on board a vessel. When Bella is carried off on board a French merchantman, Ross demanded that I found him a ship. So despite stormy seas, he sets sail to rescue the woman he loves.

Have you had rejections and if so, how did you deal with them?

Every writer has to learn to deal with rejection. I am also a short story writer – almost every piece of my work has been rejected by and editor at some time. I have persisted, edited, rewritten and polished my manuscripts until editors wanted them. And none more so than, “Marrying the Admiral’s Daughter.” Persistence pays off. There is nothing like the feeling of receiving that first contract, savour it. 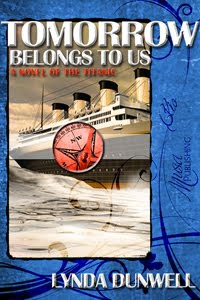 So what now? Can you tell us a little about your next book?

Continuing my nautical theme my next book is set on board the Titanic. Although I wrote “Tomorrow Belongs to Us: a novel of the Titanic” some years ago, I offered it to my editor soon after I received my first contract. The setting is well-known, the outcome well-documented and the story charged with emotion. My heroine, embroiled in naval espionage, sails on the ill-fated liner – will she and the man she loves survive? The novel is published on February 24 2012 by Musa Publishing.

Aged 12, I read “Gone with the Wind” in three days and got hooked on historical romance for life.

What would you say was the most fun part of an RNA conference?

The buzz of talking, drinking and just being with so many like minded writers – I always go home on a high.

Do you work with the door locked?

I’m fortunate as I have a study, I don’t lock the door because the cats like to visit but I do work in silence.

What would represent a romantic gesture to you?

Red roses and my guy saying, “Here’s looking at you kid, we’ll always have Paris.”

Thank you for talking to us, Lynda. We wish you every success with your latest novel, which with the 100th anniversary of the Titanic coming up, is sure to be popular. Good luck with the Joan Hessayon award.

Email ThisBlogThis!Share to TwitterShare to FacebookShare to Pinterest
Labels: Joan Hessayon New Writers' Award, Lynda Dunwell, Marrying the Admiral's daughter, Tomorrow belongs to us: a novel of the Titanic

Lynda, the Leicester Chapter is very happy to have you as a member. You've achieved so much in the last year and you deserve all the plaudits that come your way. Your Titanic novel should do well with the anniversary coming up - good luck to you and the other Joan Hessayon nominees. I thought your author photo is great, too, and Kate has done a fabulous job - not just with your post - but with all the blog posts. Looking forward to seeing you at the RONA awards. Best wishes, Lizzie

Thanks Lizzie for your support and friendship, very much appreciated.

Lynda, your mother would be very proud of you! Fantastic interview! It's such a relief to know Musa Publishing has a great supportive team. Wishing you the best with your new release this Friday. I believe I'll be looking to invest in that gem! Cheers!

Congratulations for being shortlisted, Lynda.

I look forward to reading your books and hope they are very successful.

I'm taking the word 'persistence' away with me. Another lovely interview.

Lovely interview, and with two appealing books! Many congrats getting this far, Lynda.

It's obvious you love writing and that you live your srories,Lynda. They sound most tempting. Congratulations on being shortlisted.