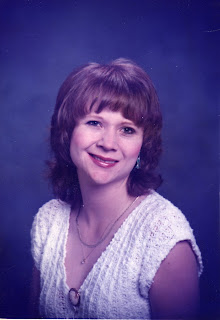 Today we welcome, American author, Viola Russell, who lives in New Orleans. By day, Viola teaches English, but after work her alter ego takes over and as a true romantic, she’s happiest when she’s creating characters, exploring different times,  and exotic locales at her computer.

Viola, your latest book PIRATE WOMAN is set in Ireland. What made you want to write about this particular place?

I'm of German and Irish heritage, and I've visited the West of Ireland. It's beautiful and rugged country.  The people are friendly while the rural setting is peaceful, inspiring, and raw.


It takes place in the sixteenth century. What was going on in Ireland at this time which inspired the story for you?

I love the distant past, and that time in British/Irish history is a fascinating but tumultuous time.  Grainne's(Grace) story was especially compelling.  This was a time of great change for England and Ireland.  The Tudors brought 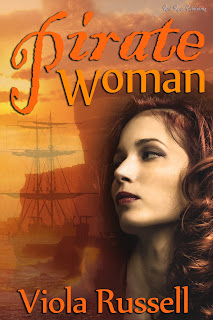 upheaval to England, an then, great prosperity.  Elizabeth, a woman who'd spent a great deal of time in the Tower, rose to power and set the stage for the founding of an empire.  She wanted her people to survive and thrive.  What I found very interesting is that my pirate queen wanted to do very much the same thing for her clan and family.  Like Elizabeth, she defied convention and led her clan during dangerous times.  She, not her brother, represented her family's shipping interests.  Elizabeth and this pirate woman did meet, and Grainne holds her own with the queen.  In many ways, Grainne and the queen are adversaries, but they understand each other.  This was a time of great English expansion into Ireland, and Grainne knows how to manipulate, fight when necessary, and compromise when she must.

Tell us something about your heroine and what turns a woman into a pirate?

Grainne was not really turned into a pirate.  Her family had long engaged in piracy as well as in legitimate shipping interests.  Her father, a powerful chieftain, often took her on his adventures.  Legend has it that she cut her long hair and sneaked aboard his ship. I incorporated this into my book.  When she married, Grainne became the de facto head of the O'Flaherty clan because of her husband's stupidity and rash behaviour.  When she married Richard Bourke, Grainne was every inch his equal and helped him in his enterprises.  She built up the fleets of the O'Flaherty and Bourke clans. 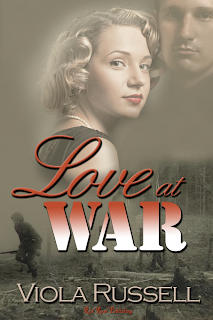 What do you think makes for a good romance?

For me, a good romance has intriguing characters, a solid plot, and a locale that is as much a character as any of the other major players.  For example, the upheaval taking place in Ireland among the Celtic tribes as well as the political conflicts with England occurring at the time figure prominently in the novel.  In LOVE AT WAR, the wartime setting also figures prominently.  England, France, and Germany are integral to the plot and enhance the character development.


You live in New Orleans, so research must have created a problem. How did you set about it?

Well, I've travelled to Ireland and the UK.  Galway and the Aran Islands are two of my favourite places in the whole world.  I also research extensively. My local librarians know me quite well, and I also went online to scour records from the National Archives of Ireland and other sites.  IRELAND'S PIRATE QUEEN by Anne Chambers and PIRATE QUEEN by Judith Cook were very helpful.  So was UNDER THE BLACK FLAG, the ultimate manifesto on piracy. 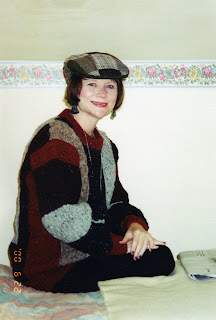 If you were starting out afresh what advice would you give yourself as a fledging writer?

I would tell any starting writer to follow his or her heart and not listen to naysayers.  Too many people told me that being a writer was unrealistic, and it took a long time for me to find my correct path in life.

So what next? Have you already started work on your next book?

I have started work on a new book set in New Orleans and Europe during the Depression.  Red Rose Publishing, www.redrosepublishing.com, has signed two of my contemporary romances, and I'm eagerly awaiting my edits.

Thank you for talking to us Viola. We wish you every success with Pirate Woman.
Best wishes, Kate

I am thrilled to have this opportunity to talk about my writing.

It's lovely to hear about you and your work, Viola.