Today we are talking to Melanie Hilton, organiser of the New Writers Scheme.
The RNA accepts 250 writers into the scheme each year and these places are hotly contested. We asked writers, who were either current members or graduates of the scheme, if they had a question about the NWS for Melanie.

Thanks for asking me along – it is always a pleasure to talk about the New Writers Scheme.
I’ve been the NWS Organiser since 2008 (and 2014 will be my last year in the job.) Yes, it definitely has changed over that time and I think that is largely due to the rapid development of ebook publishing options and the impact of social media. Members are far more willing to ask questions and seek advice and they have a far wider field of publishing choices in front of them.
Two things have changed for the worse – navigating the Royal Mail requires a PhD in post-ology and punctuation has got much, much worse, especially the punctuation of speech.

How do you match up NWS submissions to the Readers and how many readers are there?
There are about 70 Readers – it varies slightly from year to year. Without them this Scheme would be impossible and they make a huge contribution in time and expertise. I match submissions to Readers who write in the same genre, or have a specific interest or expertise in that type of book. Obviously Readers will tell me how many submissions they can take, and dates to avoid, and certainly, up to August, I will avoid sending someone more than one at a time. I also try to avoid sending work to a Reader who has read that particular author before so that members receive as wide a range of viewpoints on their work as possible. However, sometimes either the Reader, or the author, will request that partnership again and I will discuss it with both of them first. But in August everything becomes much, much more difficult with over a hundred typescripts arriving, most of them in the last fortnight. The Readers who are still able to take them find themselves with several typescripts on their desks, especially if they read for a genre with few other Readers in the pool. This is why I nag on about submitting well before the deadline (not that anyone takes any notice of me…) – I will have a wider field of Readers to choose from and the Readers are unlikely to have a queue. But don’t forget, all the Readers are busy professional writers and deadlines, proofs and revisions can crop up unexpectedly at any time.

Are there any plans for NWS members to submit via email rather than post?
We’re looking at this, and I’m sure we’ll be doing it fairly soon, but it isn’t as straightforward as it might seem. Many Readers, who spend hours at a computer screen as it is, find they are much more comfortable, and effective, reading ‘hard copy’ and some know they will have to give up as Readers if we insist on electronic submission. There are other issues, including security and making notes on typescripts. This will be one for my successor in 2015 to take forward!

In your experience would you consider an unfinished but polished submission a better option than a complete but unedited novel? Do the Readers approach completed and incomplete manuscripts in the same way?
The answer to this is, unhelpfully, ‘It depends.’ It is probably easier for a Reader to deal with an unfinished novel that has been thoroughly revised, provided it has a really good synopsis so they can see where it is going. A complete but unedited one will result in them spending a lot of time telling you about points that you know you’ll have picked up for yourself when you started revising. On the other hand they’ll see the work in its entirety and be able to judge pace, structure, the effectiveness of the ending and so forth. The shorter a partial, the harder it is for the Reader to give you as much help as they would like to, and the greater the importance of the synopsis. Having said that, we’ve taken partials as short as one chapter and unfinished novels which consisted largely of chapters of notes. Always better to submit something than nothing and Readers will approach a partial just as seriously as they will a complete novel.

How much do you think the NWS influences a writer’s success?
You would have to ask NWS members and ex-members that! Many, when they tell us about their publishing deal, will say that they don’t think they’d have made it without the NWS or that they are certain their Reader's advice was a great help. This is another of those ‘it depends’ questions. Some NWS members join when they are on the brink of success and just need that little extra polish, others have started from scratch and need quite a bit of help and some, I suspect, may well never have made it on their own. If nothing else, it helps writers understand the importance of feedback and the role of the editor.

In percentage terms, how many members of the NWS would you say go on to find publishing deals and how many years on average does it take them to reach that point? How many give up and drop out?
I can’t give you a definitive answer on publishing deals because I don’t have statistics for NWS members who become Full members with a book which doesn’t qualify them for the Joan Hessayon Award. (ie it must have gone through the NWS in some form and they must have remained in membership from that time). However, in the time I’ve been Organiser the numbers for the Joan Hessayon Award are as follows (the year is the year of the award, so the contracts would have been in the previous year):
2009 – 2; 2010 – 4; 2011 – 5; 2012 – 9; 2013 – 10; 2014 – 17.  We already have 5 contenders for 2015!
The length of time it takes to secure a deal is incredibly variable. We have had ‘instant’ successes – but these are often authors who were already almost there when they joined. We have had members who have been in the NWS for 10+ years, often not because their writing was not good, but because they just weren’t the right match for mainstream commercial market requirements. This is where the greater variety of publishing outlets of recent years has been so helpful.
As for those ‘giving up’, that is impossible to say. I know how many don’t renew each year of course, but that can be for a number of reasons – a change of genre, family pressures, illness and so forth. The number who feel, ‘I just don’t want to do this anymore,’ is, I suspect, very low.

With 250 NWS members to coordinate each year I wondered how much of your time is spent working with these new members and how do you plan your own writing life around this work?
When September 1st arrives I will always get emails saying, ‘I’ll bet you’re glad that’s over for another year!’ at which point I hoot with laughter (or reach for the tissues!) Most of the year it takes from one to three hours a day. January to July I’m receiving typescripts and distributing them and dealing with queries, September through to December is following up outstanding typescripts, answering queries, organising the Joan Hessayon Award books coming in and working with the Membership Secretary on the next year’s forms etc. August it is full time and I will never go on holiday or schedule a deadline then. But it is incredibly satisfying to be able to help aspiring authors and I know I am going to miss it when I stop.

How about your own writing, Melanie?
At the moment I’m working on a book for the Waterloo anniversary in 2015. It will be part three of a trilogy - the other authors are RNA members Linda Hooper (Sarah Mallory) and Chris Burrows (Annie Burrows). I’m also getting my self-published book Walks Through Regency London ready to go up as an ebook and researching the Georgian seaside for Shire Publications. In January Harlequin are publishing my 44th historical romance, From Ruin To Riches 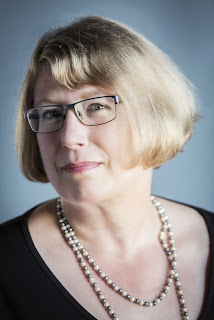 Many thanks for taking the time to answer our questions, Melanie.

I have just graduated from the NWS, having received a huge amount of help from my Reader and everyone else concerned. Now that I have read your post, Melanie, I am even more in awe of you and those who enable this wonderful scheme. The rest of us only see the little bit on the surface, don't we, and I now fully understand your plea for early submission.

Melanie - thank you, and the readers, for all the hard work. I graduated from the NWS last year, and there is no way I would have achieved publication without the help of the RNA NWS. It's a fantastic scheme, and a wonderful association.
I wish you well for the future.

Melanie - a huge thank you once again for all you do for the NWS. Having graduated as recently as December 2013, I'm still in the throws of the excitement of a publication contract. That would not, I'm sure, have happened at this stage without the help and support of the NWS. It's a brilliant scheme, one we're very fortunate to have in the RNA.
All best wishes for the future.

This is my third year on the New Writers' Scheme. I'm so thankful I joined, and fully appreciative of all the hard work that goes into the organisation, Melanie. The feedback is invaluable. I've also made so many wonderful, supportive friends. Thank you and all the very best for the future.

I would probably never have finished my novels nor found a publisher a couple of years ago if not for the NWS - a wonderful scheme. Thanks for all your hard work with it, Melanie.

Thank you for all your hard work with NWS. I have been in it for a few years and wouldn't even think of dropping out. With your help and that of the readers I am hoping I will be able to graduate soon. In the meantime, I'm working towards submitting my ms in a few months time.

Thank you for all your hard work and for the support you gave me when I was in the NWS. My Reader's advice, too, was invaluable - I still get out her notes on increasing internal conflict and re-examine them!It was an eye-opener to hear about how much you have to do behind the scenes. A massive thanks!

Thank you for that information, Melanie. I knew your job must take up quite a lot of your time but never realised just how much. I count myself lucky to be in the NWS and appreciate all the hard work you and the readers put in. Thank you to you all.